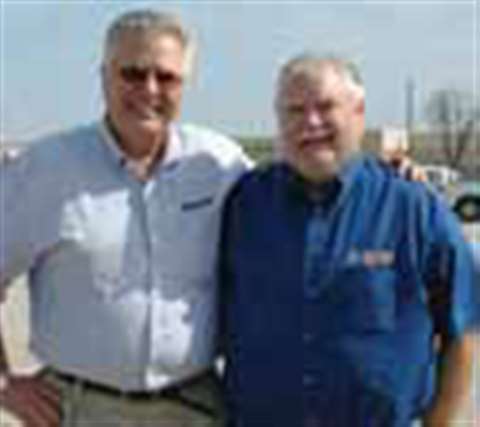 More than 200 people showed up for the event that also featured an exhibit center displaying truck components including tires, engines and other specialized equipment.

“We do a big business in the truck-mounted crane market,” said Michael King, director of commercial vehicle sales for Grande, which sells such brands as Sterling, Ford, Acterra and Western Star. “The market for truck-mounted cranes has been very good over the past few years.”