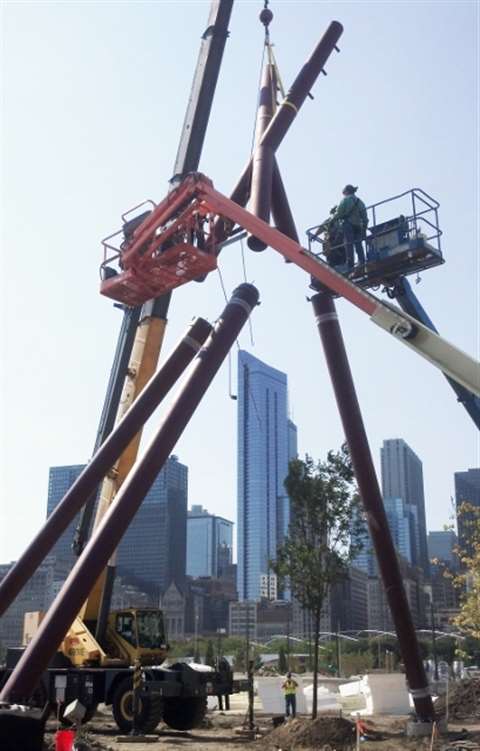 The two Grove cranes placed grillage steel to support recreational climbing towers and an ice rink building, and erected light poles throughout the park, which is named after the wife of former Chicago mayor Richard M. Daley.

The cranes, one owned by McCook, Illinois-based K&K Iron Works and the other rented from Crestwood-based Central Crane, were chosen for their reach and capacity. The park was constructed on top of an underground parking garage, which limited the placement of the cranes. The companies had to use place the cranes in areas that could support their ground-bearing pressure, but still provided ample reach and capacity to complete the lifts.

Seth Bransky, project manager for K&K Iron Works, said the Grove cranes were an ideal fit for the challenging job site terrain and physical logistics. The lifts were very intricate and required rigorous planning due to the limited placement opportunities, he explained.

“The work was very challenging because you cannot just roll on top of an existing parking garage anywhere you please,” Bransky said. “The reach of the Grove cranes was essential to completing the project quickly and safely.”

Construction began at the site in 2012, after the job site’s ground surface and trees were removed to repair the roof of the underground parking facility. The GMK3055 was used to lift steel onto the top of the garage in order to transfer weight loads to the garage columns. 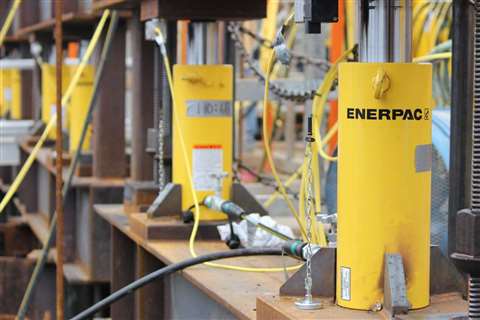 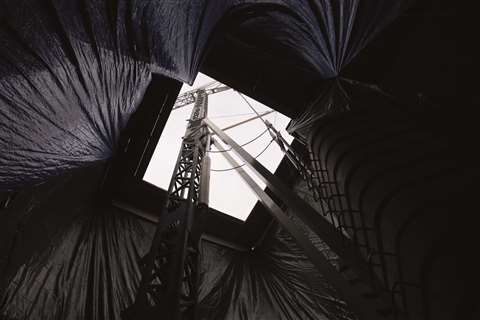