Whether you need to move an historic hotel or a vintage aircraft, Emmert International has a solution that is most likely mind-boggling.

Clackamas, OR-based Emmert International has hauled and rigged some of the world’s most famous objects, ranging from the historic Fairmount Hotel, the Hubble Space Telescope, Howard Hughes’ Spruce Goose wooden airplane, a Space Shuttle solid rocket booster and a huge, 340-ton rock. The company has achieved legendary status for its famous cargoes and for the awards it has won. 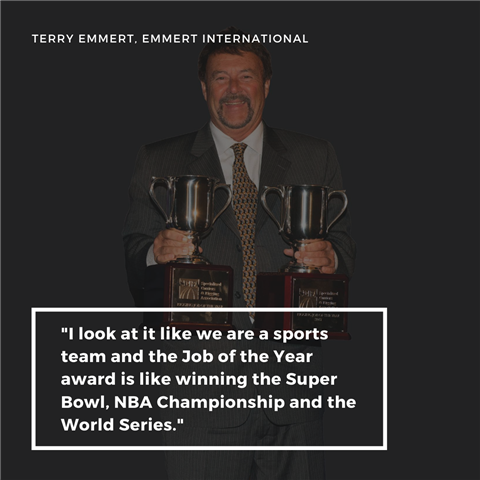 Terry W. Emmert founded Emmert International in 1968, and he is a force in the industry and the community where he lives. He is a well-known businessman who has interests in sports teams, fitness centers, tennis and golf clubs and real estate. He is also a renowned philanthropist. Emmert has been active in the SC&RA for many years, serving on transportation and crane & rigging committees and working for the SC&R Foundation. Emmert International has sponsored the SC&RA Tennis Tournament for at least 25 years. 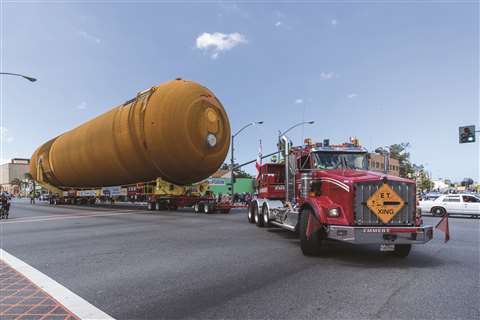 Icons of the world

According to the SC&RA book Lifting and Moving the World, Emmert has “relied on land, rail and sea to deliver heavy haul transportation solutions since 1968.” 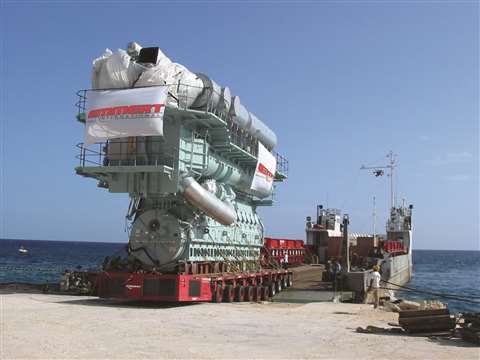 Television news crews have even embedded in an Emmert heavy haul convoy. “We had a news crew with us when we were moving the big rock in Los Angeles,” said Emmert. “A lot of our projects have been featured on news programs.”

The company is famous for its ability to creatively solve some of the world’s most intriguing specialized transportation projects. Emmert designs and fabricates many of the trailers and dollies in its fleet and has been an industry pioneer. Emmert has moved classified military hardware that required top secret planning as well as turbines, reactors, vessels and other industrial equipment.

“Instead of a one-size-fits-all attitude toward projects, Emmert takes a no-size-too-big approach,” according to Lifting and Moving the World. Emmert said that it is hard to name a favorite job because each one has its own challenges. The 3.3 million-pound Fairmount Hotel in San Antonio, TX was memorable. As millions of spectators watched, the hotel was moved on 288 wheels. Included in the Guinness Book of World Records, the project was the company’s first transportation JOY award.

Over the past 10 years Emmert has won JOY awards for hauling and rigging thermal heaters, press crowns and even removing an old bridge.

“We had no idea when we started that one day we would be moving some of the icons of the world,” said Emmert. “Our success is the team effort of a bunch of hard working and talented Americans who give it their all.”

Emmert mentioned a project that his company is wrapping up and is in line to be a 2021 Job of the Year entry. “It’s a big nuke job,” he said. “That’s all I can say.”