How can we protect older construction workers?

To succeed in today’s market, we need to retain as many of our experienced employees as possible.

According to the U.S. Bureau of Labor Statistics, over the last two decades, the average age of the American worker has increased by almost three years from 39.3 to 42. More notable, however, is the average within blue-collar industries.

Plumbers, electricians, miners – all land in the forties, while the average age for construction workers and truckers is 42.5 and 48, respectively. And these ages are only expected to increase within the decade. 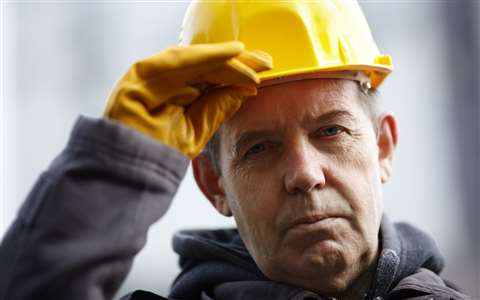 While most in the trades are familiar with the ‘tough guy’ image and gutting out injuries and chronic pain, we also know that as workers get older, especially after 40, healing is harder, and injuries can often be worse.

Factor in the skilled-worker shortage, and our older workers are obviously becoming more important than ever. All the more reason to understand the realities of the workplace dangers they might face, and how to keep them healthy and around for as long as possible.

Injuries in an ageing workforce

While older workers are about half as likely to be injured from falls as workers in their twenties (mostly due to less climbing or working at height), recent studies of non-fatal construction fall-related injuries have shown that workers 50 and up are much more likely to sustain fractures from falls when their younger colleagues only ended up with bruises and sprains. Additionally, older workers are more likely to be injured from same-height falls – i.e., slipping, tripping over obstacles and/or stumbling over uneven terrain. Again, it makes sense: we’re not quite as athletic as we once were, or quick to react to certain dangers.

It also stands to reason that injuries sustained both today and in the past tend to reappear or stick around longer, sometimes becoming chronic conditions. Most older truckers and construction workers can likely fill a day recounting various injuries and how they now work with pain and related physical limitations. Research also shows that workers over 45 tend to have much higher rates of musculoskeletal disorders of the neck and back, which puts them at a higher risk of recurrent injuries. Notably, in most studies, about a third of construction workers over 40 doubt they will be able to stay within their given industry long enough to retire – due to a chronic condition.

More soberingly, according to the National Institute for Occupational Safety and Health, the death rate for construction workers over age 55 is 80 percent higher than that of workers under age 35. And on the financial side, the cost from a fall injury can be three times higher for workers over 45 than those under 30. Toss in the rising dangers of pain medication addiction, or worse, and there is perhaps no more important time than now to make sure we’re protecting our older workforce.

While no age demographic is without risk, it should be a no-brainer that we want to retain as many of our experienced employees as we can – especially at a time when their wisdom and commitment not only helps to maintain the workforce, but possibly serves to cultivate the next generation.

Which makes it all the more important to remain as steadfast as possible on jobsite safety for older workers. And it starts with recognizing things like: no one job fits all workers; quality of work often matters more than speed; worker training almost always creates a safer workplace; make accommodations for returning workers; good housekeeping is a must – keep your worksite(s) free of the very dangers that cause injuries; and provide quality resources for workers that need help with all levels of the injury process.

As the overall U.S. labor force gets older, it is on us as leaders in the skilled-trade industries to monitor and protect our own piece of it. And that starts with creating an environment where our valued older workers can not just contribute, but work meaningfully, safely and for many years to come.