How to prevent bridge strikes

Bridge strikes are becoming a growing problem in the United States – especially over the last few years. Recently, SC&RA decided to examine the issue more directly in an effort to understand whether the increase is more perception than reality. 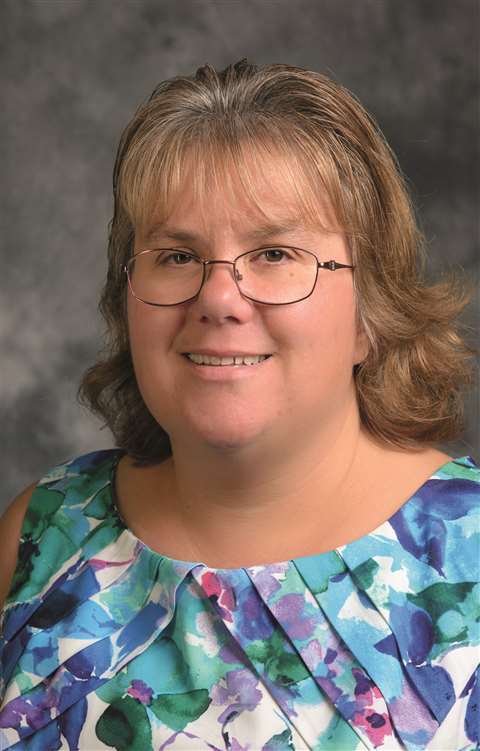 ”This program is coming from a bunch of different angles to make sure everyone’s concerns are met.” -Jackie Darr

Tracking bridge strikes in the U.S.

Last year, SC&RA developed the SC&RA Transportation Training Taskforce (SCRATTT), and a member of that task force, retired Colorado Department of Transportation (DOT) official Danny Wells, conducted a study that looked into a decade’s-worth of bridge hits in each state across the U.S.

Particularly important to the task force was information on how many bridge hits involved oversize/overweight (OS/OW) loads, and especially, whether there were injuries or fatalities, what total damage costs were to the structure(s) and whether or not carriers had the correct permits. One surprising piece of information that emerged revealed that few states even track such data – despite the fact that approximately one bridge is hit every day in the U.S., according to statistics.

As a result of the information gathered, SC&RA decided to develop a 60-minute in-depth online training program, Bridge Safety & Accident Prevention, to launch in coming months, which will focus on educating carriers and reducing bridge hits significantly across the country.

“Bridge hits in general reflect on our industry, fairly or unfairly, and SC&RA, as the leader in advocacy for the specialized transportation industry, has chosen to step up and take the lead on providing this comprehensive training,” said SC&RA Vice President, Transportation Steven Todd. “This will be an SC&RA product – designed to train a company from start to finish – with a sole focus on preventing bridge hits.”

One of the main reasons SC&RA has taken the initiative here, said Todd, has a lot to do with who takes the hit, so to speak. “We’re stepping forward on this because the negative consequences of bridge hits too often affect us – our members – more than the ‘bad apples’ out there – the chronic offenders.”

To that end, SC&RA is putting the final touches on a learning management system (LMS), and when the product is launched, users will be able to go into the Association’s LMS, sign up for the program and have their personnel take the class online.

To facilitate the launch, SC&RA has discussed the potential to partner with WASHTO (Western Association of State Highway and Transportation Officials), to pilot the program to states within its region. SC&RA hopes that success derived from such a pilot will encourage additional states and related organizations to recommend the training for chronic offenders, knowing that some states will be a challenge. 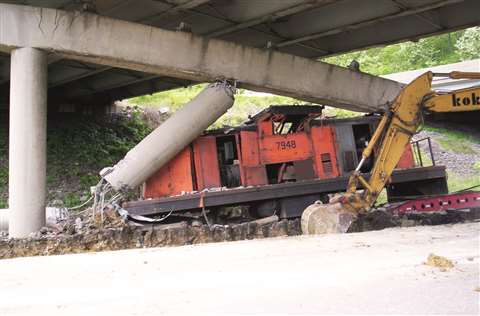 Jacqueline Darr, permit office supervisor at the North Dakota Highway Patrol, as well as chair of WASHTO SCOHT (Subcommittee on Highway Transport), collaborated with Todd to initially get the program off the ground. “Steven put a group of people together and asked a couple states to step up and see if the training program was comprehensive enough,” she explained. “I volunteered along with some others, including a wide variety of pilot car people – everyone looking to see if anything was missing.”

Darr indicated that, because so many people look at bridge hits from a variety of perspectives, it was important to her to develop a program that covered all bases. “Our big concern is, was there a fatality, whether we’ll have to close down that bridge, how many loads are coming that way, who’s going to be affected, what’s it going to cost us, did we find out who hit it? This program is coming from a bunch of different angles to make sure everyone’s concerns are met.” 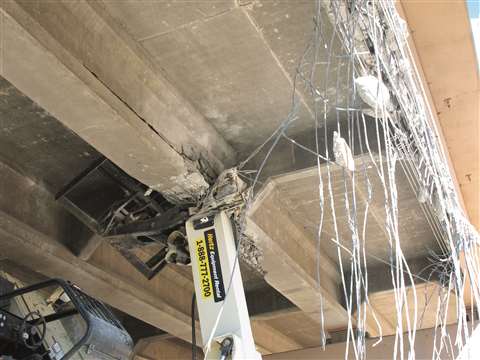 A majority of bridge hits across the country are caused by loads that weren’t even designed or set up to be over-dimensional and/or in need of a permit – or weren’t secured properly. And of course, driver error.

The WASHTO SCOHT group may take the program back to their states. “Again, every state is different,” Darr said. “Some things have to be put into administrative code; some things are done by law. The one nice thing about this program is, if states want to suggest to repeat offenders to use it, then they can recommend it. It won’t cost the state anything, but, rather, the person or company taking it. That said, if I owned a trucking company, I would have all heavy haul drivers look at this. There’s likely quite a few things within it they simply haven’t thought about.”

As for bridge hits on the rise in the WASHTO region, Darr’s state alone saw six bridge hits in May and June of this year. “We certainly feel it’s on the rise,” she maintained. “However, a lot of states don’t document it very well. For context, we had seven bridge hits for all of 2018 – we nearly reached that in just two months this year.”

The goal of the training program, she said, is to ultimately get heavy haul carriers to pay attention to their permits and stay focused at all times. “First, we want to make sure they’ve purchased their permit, and then we want them to be inputting the correct dimensions into the system and remain aware of where they’re going – especially when it’s a route they’re familiar with. Construction constantly changes.

“I’m often surprised by some of the responses people give when they hit a bridge. They’ll often say that the route is confusing, but then, they didn’t call in for assistance. It really comes down to paying attention to the permit and calling in if there’s confusion.”

The ripple effect of those simple oversights can be enormous, Darr added. “Especially if it’s a non-reported hit; it costs the state so much money and can be a serious safety hazard. Then, the state bears the cost of fixing it – and new laws can even be written. We have to send law enforcement out there, DOT, resources can be pulled from other planned construction projects to fix it. The industry always suffers as a result.” 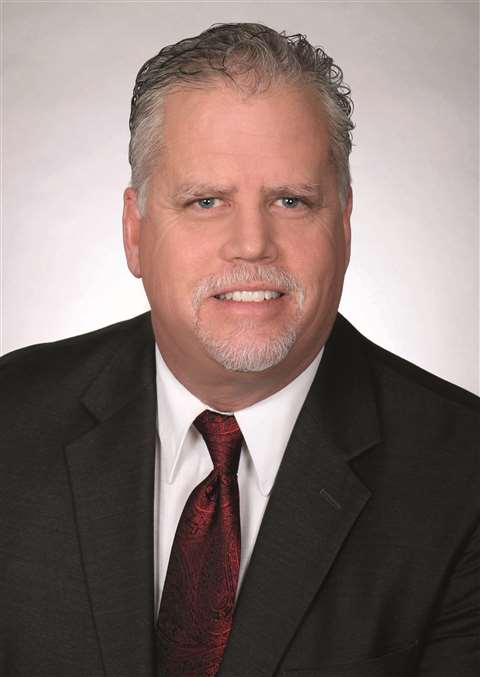 “Bridge hits in general reflect on our industry, fairly or unfairly, and SC&RA, as the leader in advocacy for the specialized transportation industry, has chosen to step up and take the lead on providing this comprehensive training.” -Steven Todd

While some states, like Texas, are steadily experimenting with bridge-hit prevention measures, the true measure starts with proper education, said Darr. “While not every state and/or company is going to buy into this type of program, it’s still a great step towards getting more people educated and aware – and creating a standard that everyone in heavy haul can operate from. Everyone has a bad day, and not everything is fail-safe, but the chronic offenders are the ones this is meant to focus on because a bridge hit ultimately hurts everyone. Again, I truly believe this program is good for anyone driving oversized loads.”

Todd added, “Why did SC&RA get involved in this? Because we started hearing, in various states, governments reacting to increases or perceived increases in bridge hits by considering, and in some cases adopting, new laws and policies that – as we’ve seen too often over the years – end up ultimately punishing a majority of carriers out there, which certainly includes SC&RA members, who are doing things the right way.

“Based on the evidence we do have – while not perfect – we understand that a majority of bridge hits across the country are caused by loads that weren’t even designed or set up to be over-dimensional and/or in need of a permit – or weren’t secured properly. And of course, driver error. We want these chronic offenders off the roadways – for safety reasons and because they put our members at a competitive disadvantage. We also don’t want government overreacting and implementing policies and procedures that could negatively impact the majority of the legitimate carriers out there. We hope this training program allows for a productive solution towards educating carriers and keeping them focused on operating both safely and successfully.”