Little if any negative impact from Covid-19 on the IC50 ranking of the world’s largest crane-owning companies saw it continue on a growth path, this year by almost 8 percent. ICST reports 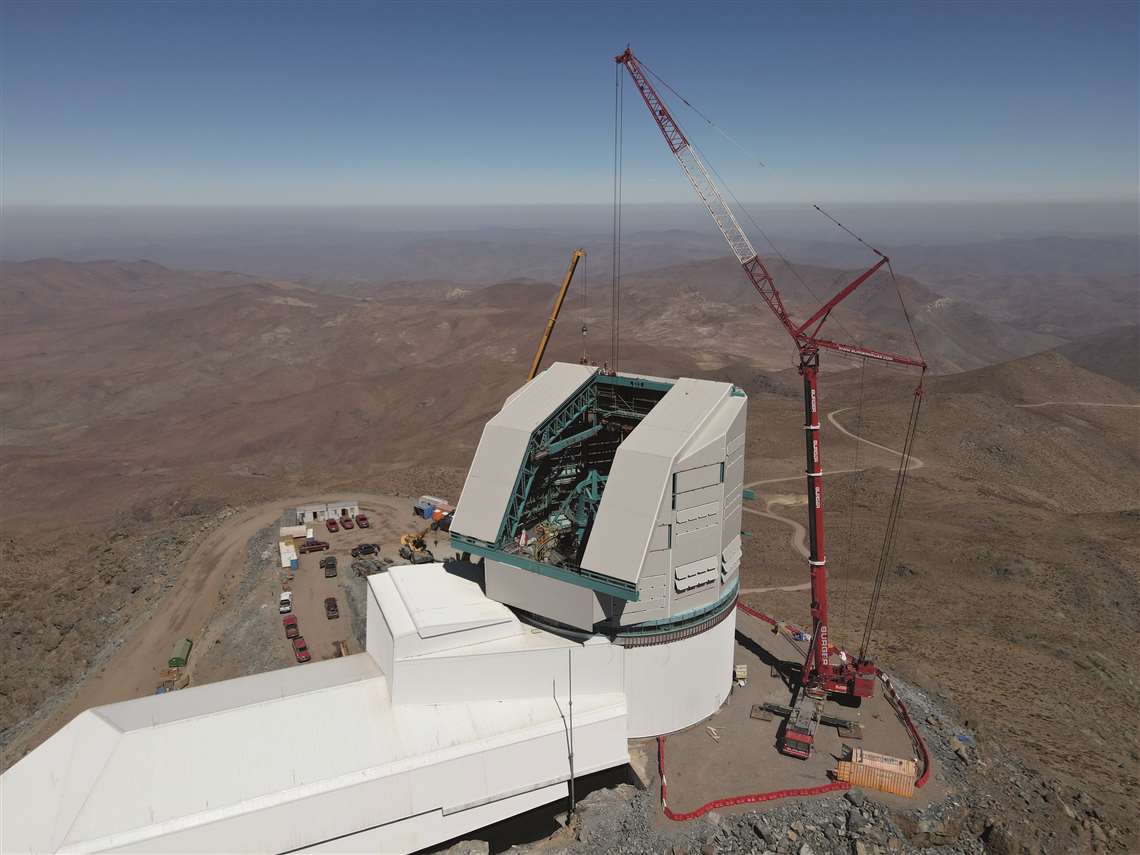 We are pleased to have Burger Grúas from Chile in the table this year (66th place) and also on the front cover of the magazine. The spectacular project was lifting components for The Rubin Observatory telescope at Cerro Pachón, Región de Coquimbo, Chile. The 500 tonne capacity Liebherr LTM 1500-8.1 telescopic crane was put to work in TN configuration with full counterweight. Among other loads, in March it lifted a 28 tonne ring component of 10 metres in diameter

Having braced for a negative impact from the corona virus on this year’s table, it was a pleasant surprise to see it wasn’t the case. The opposite could even be said to have happened.

Last year’s table was produced when the virus was a relatively new thing so it had limited impact at that time. While it may yet still have a further delayed impact, over the last year things have mainly continued in a positive direction, some of them strongly. An increase in the total number of entries for three years now sees this year’s total of 216 companies exceed last year’s 210, in turn, up from 201 companies the year before.

The IC Index value used to rank the companies in the table is calculated using the combined total maximum load moment of the cranes in a company’s fleet. The total figure this year for all 216 companies is 31,903,004 points, up an impressive 8.99 percent on the 29,271,977 points total in 2020.

It is great to report 15 new entries to the table in 2021, several from the Americas but also China, India, Malaysia, Saudi Arabia and the United Kingdom. Just three companies were deleted this year; two because we only had old data and one, Entrec, because it was liquidated and the assets joined ProLift, at 149th place this year.

So, to the placing, yes, Mammoet is still number one where it has been since the listing began in 1995. This year, however, the global giant’s Index figure has declined, down 9 % to 3,567,104 from 3,924,174. That is the equivalent of the entire fleet of a company a quarter of the way down the table, for example, Prangl from Austria.

While some of this reduction at Mammoet is evidence of a shift in emphasis from owning equipment to owning expertise, it is also part of a realignment of equipment type according to application and may well rise again.

Third, fourth and fifth-placed companies Maxim, Lampson and Sanghvi, respectively, all retained the same positions from last year. Next, in sixth place, is BMS, up three and displacing Buckner from sixth to seventh, in turn pushing Bigge from seventh to eighth and All Erection from eighth to ninth.

Rounding out the top ten is the first new entry, China Nuclear Industry Mechanical Engineering Co Ltd. This company may have few cranes but they are large, including the 3,600 tonne capacity Sany SCC36000A lattice boom crawler crane. Right behind it in 11th is the next new entry, also from China. Shandong Gulf Lifting Engineering has the even larger, 4,000 tonne capacity, Sany SCC 40000 lattice crawler crane.

Next of the new or returning entries is Public Crane Malaysia at 42nd place, followed by Burger Grúas (this months’s cover photo) from Chile, in at 66th place. Next is Expertise Contracting from India at 91, followed by Amherst, from Canada at 98. The remaining nine new entries are outside the top 100.

Following a similar pattern of recent years, the total number of wheeled cranes owned by the ten companies with the largest fleets by number of units has declined very slightly, by 0.25 %, to 11,384 from 11,413 in 2020. In terms of the lattice boom crane fleets, the total owned by the ten companies with the most units, at 3,559, was up 6 % from 3,357 units in 2020 and the biggest increase in several years.

While the total Index for the Top 100 companies was up strongly, it was a mixed picture among the other parameters, several of which were down. As with the largest fleets above, the total number of wheeled cranes in the Top 100 was down, here by 3.15 % or close to 1,000 units, while the number of lattice cranes was up, by 5.7 % or around 400 units. There were nine fewer depots (down 0.59 %) so a negligible change. The number of employees was 0.09 % lower than last year, 76 fewer people.

Looking just at the Top 20 companies, the numbers of depots and employees were basically unchanged from the previous year with less than a one percent change upward for the former (5 more) and 55 fewer employees (-0.17 %). It was a similar minimal change for the number of wheeled cranes, up by 41 units or 0.37 %. Only the number of lattice cranes was significantly different, with the top 20 largest companies adding 192 cranes, up by 4.68 %.

This last figure is made all the more impressive by the fact that in terms of numbers of units the two companies leaving the top 20 between them had 232 lattice cranes whereas the two new entries displacing them only have 135. So the 97 unit difference was also made up on top of the 192 unit increase, i.e. 289 in total.

After the June issue of ICST magazine had gone to print notification was received from recently added IC50 company TopKran that there was an anomaly in its application form so that instead of an IC Index figure of 182,187points, this should have been 378,950 points. This change would move the company 13 places up the table, back into 22nd position, actually back to where it was last year, its first time in the table. While this cannot be fully reflected in this year’s table because of its impact on the positions of 13 other companies, it should be borne in mind and that a concomitant change in position would be likely in next year’s table.”

NOTES FOR THE IC50

Companies are ranked by their IC Index, calculated as the total maximum load moment rating, in tonne-metres, of all cranes in a fleet. All companies in the list, plus other prospective ones, have the opportunity to supply fleet information and the other requested data for inclusion in the ranking. Where companies supply the full data the figure used is calculated by them.

In some cases, where no data is submitted, or is incomplete, we have based a company’s equipment fleet figure on an ICST estimate. In cases of insolvency, acquisition or lack of sufficiently recent information, companies are withdrawn from the table.

While we make great effort to ensure the accuracy of information provided, it cannot be guaranteed and ICST accepts no liability for inaccuracies or omissions.

The IC50 Index will next be updated in the first quarter of 2022. If you think your company should be included, please contact ICST for an application form. Note that tower cranes are not in the main IC50 table here because they appear separately in the special IC Tower Index published in the September issue of ICST.

Similarly, specialized transport equipment is also featured in a separate ranking, the IC Transport50, in the August issue of the magazine. Calls for entries in these tables are also issued and widely publicised like the ones for the IC50. Please look out for them at www.internationalcranes.media or www.khl.com, in the World Crane Week e-mail newsletter, in the paper magazine and across social media, including Facebook, LinkedIn, Instagram and Twitter.

The Basket of Eight
In 2017 it was planned to create a new group of ten companies for 2018 but, because the fleets of the two acquired companies in the sample were retained by another in the group, the eight were retained. The companies in the group are as follows: Mammoet, Sarens, Lampson, Sanghvi Movers, All Erection, Tat Hong, Al Jaber and Maxim, which includes the assets of Essex and AmQuip, following their acquisition in September 2016 and April 2017, respectively by Maxim. The idea of maintaining the same companies is to continue to allow the accumulation of data from the first Basket of 10 in 2009.