Richard H. ‘Dick’ Meier, 90, of Hillsborough NJ, passed away on January 1, 2023. Meier was a “legend” at Trans American Trucking and worked for the company for 33 years before retirement. 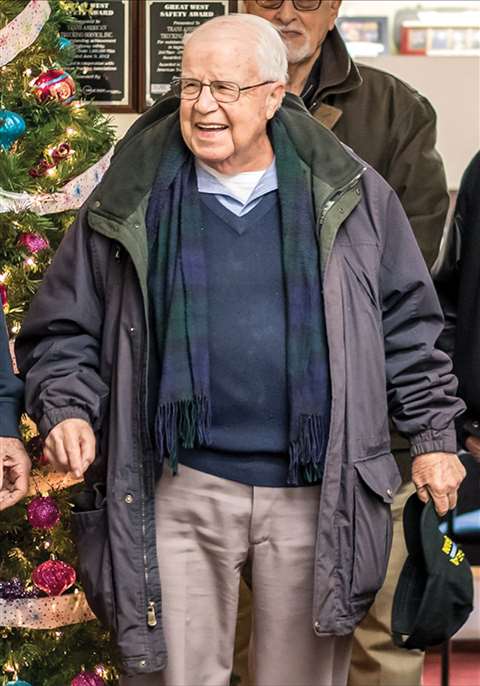 Meier was born on May 5, 1932 to Herman and Dalcedia Meier in Orange, NJ. He grew up in Roselle Park, NJ, and graduated from Roselle Park High School. He was subsequently drafted in 1951 to serve in the Air Force. He was a proud Korean War Veteran and enjoyed sharing his stories to all that would listen.

Meier studied at NYU & Rutgers University. He began his career working at New Jersey Central Railroad. Then worked in the transportation industry starting at Ruberoid in Bound Brook, which was acquired by GAF Corporation. He ended his career at Trans American Trucking in South Plainfield, which he loved dearly. He was a major component in assembling the foundation of what TransAmerican is today. He made many friends with clients as he traveled the Northeast and Canada until he was 86 years old.

On November 22, 1958 he married Barbara (Croll), having two children, and they have lived in Hillsborough since 1961. He and Barbara have been long time active members of St. John’s Episcopal Church in Somerville, NJ, where Meier sang in the choir and served on the vestry.

He is predeceased by his parents, Dalcedia and Herman Meier and his sister Virginia. He is survived by his wife of 64 years, Barbara (Croll); his three children, John Meier, Gail (Bob) Smith and Gary (Nancy) Meier, his grandchildren; Mikaela, Haley, Ryan, Melissa, Nicole & Jason and his great-grandchildren; Pearl, Vance, Wyatt, Emory & Virgil, as well as many cousins, nephews and nieces.