When space constraints prevented the use of a crane to lift 19 concrete bridge spans across a busy waterway, Engineered Rigging designed and built an innovative, affordable and safe solution: The Cantilever Segmental Bridge Lift. 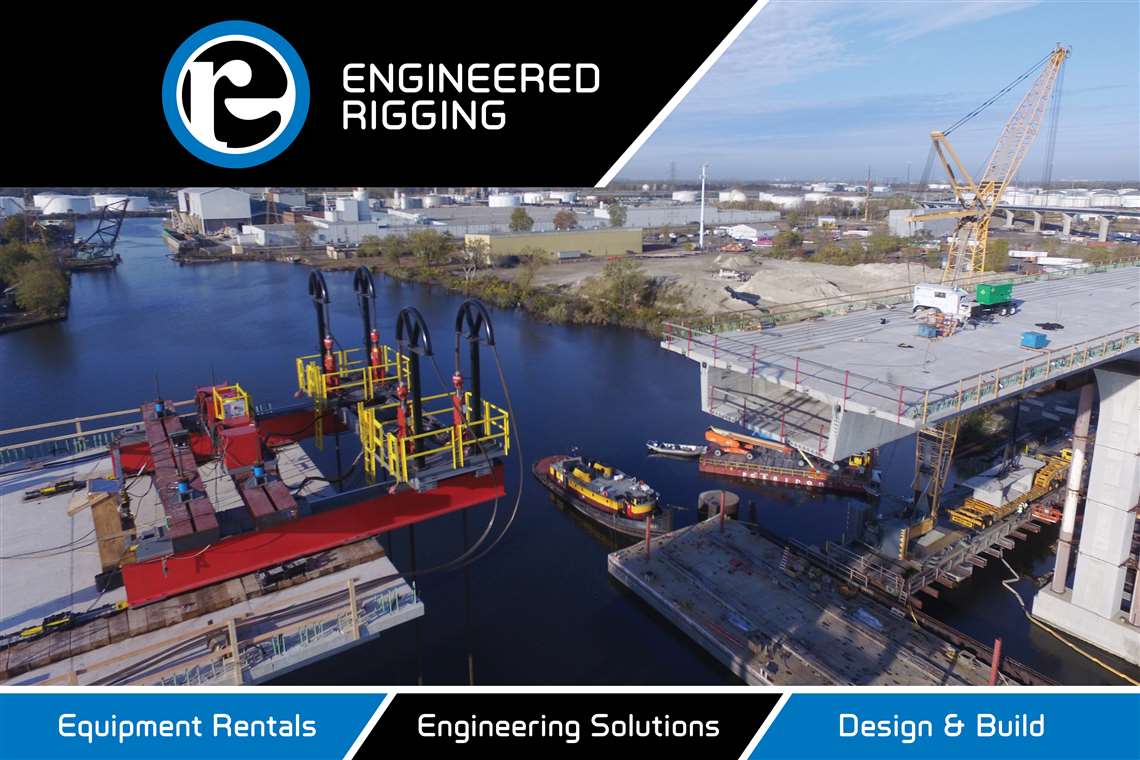 How do you lift and hold 75-ton concrete bridge sections in place over a busy waterway? While a crane would seem like a worthy candidate for the job, it simply was not practical for the Cline Avenue Bridge project in East Chicago, Indiana. A crane would require a large, stable footprint which a barge could provide. However, a barge would take up too much space and congest traffic on the busy Indiana Harbor and Ship Canal. 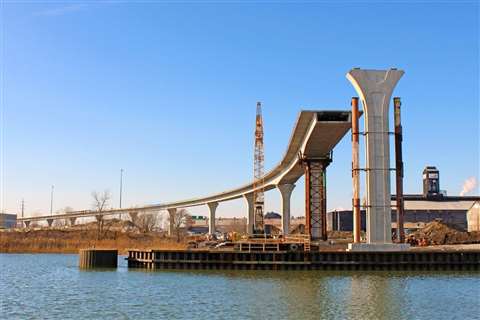 Granite Construction, the bridge contractor, contacted Engineered Rigging (ER) in nearby Valparaiso, Indiana for assistance. Since its incorporation in January 2017, Engineered Rigging has built a reputation as an innovative problem solver for the most challenging industrial projects.

“Having worked on industrial and government projects across the United States, we welcomed the opportunity to contribute to a project that was going to have a significant, positive impact on the economic development of Northwest Indiana,” shared Engineered Rigging president, Christopher Cox, P.E.

When the original bridge was closed in 2009 due to structural concerns, it was a popular route for 35,000 vehicles a day, including a significant amount of interstate truck traffic. The new 6,236-foot bridge will be a lifeline to nearby Chicago and beyond for commercial and industrial businesses along Indiana’s Lake Michigan shoreline. 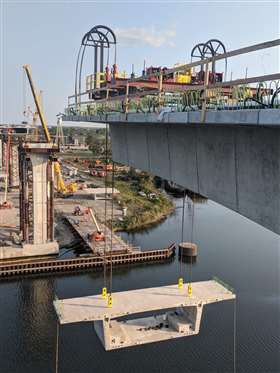 Cox and his team of engineers and heavy lifting experts put their minds to the task at hand. Leveraging their knowledge of strand jacks, skidding and tensioning, they developed a safe and economical strategy that featured a custom lifting solution that could cantilever off of the bridge span that was in place at the water’s edge. As each of the 19 concrete spans was secured in place over the waterway, the Cantilever Segmental Bridge Lift would then be relocated to the newly installed bridge section so that the next concrete bridge span could be lifted into position.

The custom lift system was fabricated at Engineered Rigging’s facility in Arkansas over a 12-week period. With set-up and tear-down, Engineered Rigging’s engineers and equipment technicians were on-site for a month with 16 days dedicated to active lifting. They completed their work in October and the bridge is set to open in early January 2021.