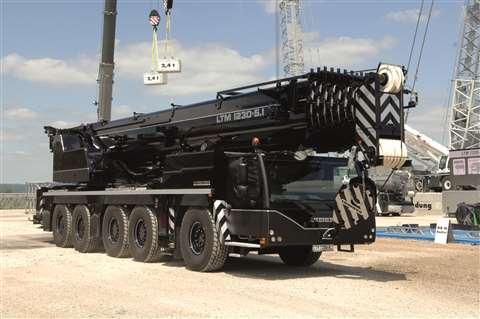 Sales of construction and mining equipment were up 10.8 % to €6,833 million ($7,730 million). Strong performers in this segment were mobile cranes, earthmoving and mining.

Europe saw higher demand, especially with renewed growth in Germany and positive performance in France and the United Kingdom, Liebherr said. Other notably positive contributors were the USA, Australia and China.

Net profit in 2018 of €321 million ($361 million) was slightly higher than the previous year. Exchange rate fluctuation had a negative impact on the financial result, the company said.

Over the year another 2,300 employees increased the workforce worldwide to 46,169. A €586 million ($658 million) investment was made in research and development, largely for new products. Production, sales and service facilities received an investment of €829 million ($931 million), up by €51 million ($57 million) on the previous year.

Looking ahead, Liebherr said it expects a further increase in sales revenue for 2019 with no sign of an imminent recession. In a joint statement board members Isolde Liebherr and Willi Liebherr said, ”We can look forward to the forthcoming financial year with a great deal of confidence. According to the latest projections, the upswing in the global economy is expected to continue. We kicked off the year with a healthy order book, and we are planning to launch numerous new products and solutions onto the market. In light of all these factors we expect to see further revenue growth, and our workforce is very likely to continue growing.”