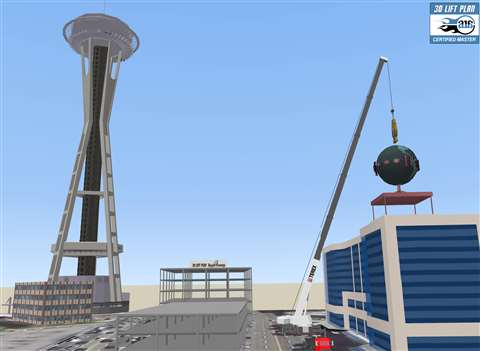 But A1A’s boot camp didn’t happen overnight; it was an organic development.

“Once we launched 3DLiftPlan.com we started to field lots of phone calls on how to use it,” Weiss says. “The more features we added the more questions we got.”

As a result, in 2009 the company decided to start offering weekly online webinars and continued the service for about a year. “We noticed that the users who attended these online webinars were doing better in most cases than those who didn’t,” Weiss says. “Though they still struggled with some of our advanced features, they were able to create great lift plans using the basic and intermediate features of 3DLiftPlan.”

A year later, A1A decided to hold its first boot camp to take its users “to the next level of understanding,” Weiss says. More than 40 people showed up at the first event, which shocked Weiss.

“I was completely stunned and taken back by the how many people were willing to give us three days of their time,” Weiss says. “We learned so much from that first class and have continually improved our training with each class we do.”

That following February of 2011, A1A had another boot camp class in Wisconsin where 44 people attended. From there, the company held camps in Houston, Fernandina Beach, FL and Los Angeles. Last summer, the company started its certification classes.

“Many students from our boot camp started asking if we offered a certificate for attending,” Weiss says. “We put together a series of exams that certify the level of knowledge of 3DLiftPlan.”

Training is started by assigning attendees a lift plan and only letting them use a chart book, ruler and protractor to find the crane and create a lift plan. “This exercise helps us figure out what their basic understanding of finding a crane and creating a lift plan,” Weiss says.

“Our goal is to help all of our users maximize their abilities so they can deliver lift plans that help them land more business,” Weiss says. “We want to help our customers create the best and most accurate lift plans. It is not possible to do this without having an extensive training program. We couldn’t do this just over the phone, through e-mail, through manuals and videos or through online webinars. We have found that hands-on, face-to-face training is best.”

“Some attendees of our boot camps have attended a couple times,” Weiss says. “Adrian Lacey of Sims Crane attended last October and our last boot camp which was held March 26-28 at Link-Belt’s training facility in Lexington KY.”

Last year, A1A hosted a “Lift Plan of the Year” contest on its website that required participants to utilize A1A’s 3DLiftPlan software.

Three winners were chosen from eight contestants who submitted lift plans in accordance with the guidelines. The contest was open to public voting through the website (2,000 votes came in, Weiss says.)

Competitors were instructed to submit actual pictures of the lift, their lift plans and the story of the lift. Lacey, of Sims Crane and Equipment, got first place for his project titled Concert Setup.

Lacey has attended multiple A1A boot camps and, according to Weiss, has become a proficient user of the program. His project, Concert Setup, involved setting the stage at Raymond James Stadium, in Tampa, to kick off the Brothers of the Sun Tour with Kenny Chesney, Tim McGraw and Jake Owen. The lift consisted of more than 200 workers using a Tadano TT600XL and Tadano TT300XL for the two-day operation.

For his efforts, Lacey took home an Acer Windows 8 Tablet as a sign of congratulations from A1A.

“We are so happy that Adrian won the award,” says Weiss. “His dedication since October of last year to learn 3DLiftPlan is reminiscent of what we like to have happen after someone attends our boot camp training class.” Weiss was also happy for Lacey because he secured both the popular vote and the user vote.

For the 2013 “Lift Plan of the Year” contest, Weiss is planning on an even bigger turnout. “We’ll definitely announce it a lot sooner this year, to give people enough time to put together all of the details. The turnout for 2012 from both users and voters was definitely exciting. If it’s an indication of how this year’s contest will unfold, then there’s a lot to look forward to.”

For more information on A1A, 3DLiftPlan or the contest, visit A1A’s website. Upcoming classes will be held in Fernandina Beach, FL as well as a spring class with location to be determined. Weiss says they are also planning boot camps in Europe and Australia. The total cost for attendees is $600.