The 25-ton capacity Link-Belt LS-98 crawler crane was one of the most revered cranes in American construction equipment.

It’s probably not off the mark to suggest that any crane company operating in the United States between the late 1950s and the late 1990s had a Link-Belt LS-98 crawler in its fleet. 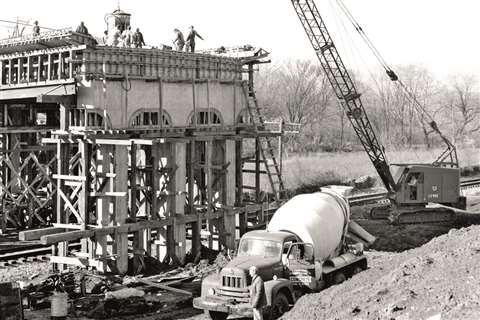 Some companies had dozens of these cranes. A wire rope crawler and excavator, the LS-98 was produced for 43 years. It was a beloved machine by many an operator.

Making its debut in 1954, there have been more than 7,000 LS-98 machines manufactured until the last unit was produced in 1997. “The rule in Florida was you couldn’t lower the boom on a 98 to less than 40 degrees for fear of hitting another 98,” Link-Belt said.

Sold at a wholesale price of $26,000 in 1958, the machine featured three different attachments including a lift crane, dragline and shovel attachment. With a capacity of 25-27.5 tons, this tried-and-true machine had an angle boom length of 100 feet and tip height of 104 feet. A heavy hitter, the LS-98 clocked in at a lifting crane weight of 60,425 pounds, a dragline of 61,160 pounds and clamshell or magnet weight of 60,425 pounds.

Typical jobs for this machine utilized its lift crane, dragline, backhoe, shovel, scrap and pedestal cababilities. The crawler was also capable of traveling at speeds of 0.79 to 1.78 miles per hour. The LS range featured three versions: the original LS-98, the LS-98A and the LS-98D. LS-98 engines also ranged in manufacturers from International Harvester, Cummins, Caterpillar, General Motors and Waukesha. The LS-98 was assembled across North America, including facilities in Cedar Rapids, IA, Bowling Green, KY, Milano, Italy, Ontario, Canada and Querétaro, Mexico. 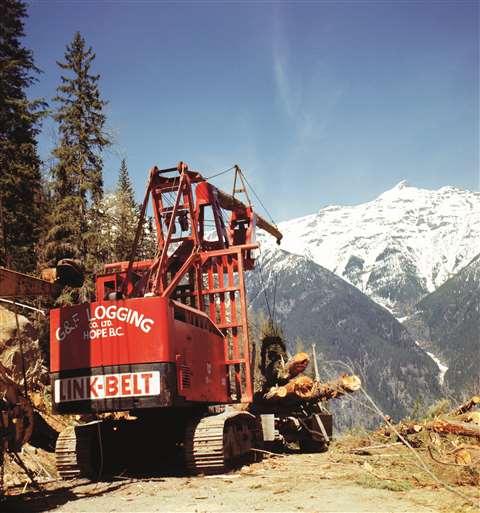 Link-Belt Cranes, headquartered in Lexington, KY, is a leader in the design and manufacture of telescopic boom and lattice boom cranes.