Formed in 1947, as laws and regulations specifically affecting the transport of specialized loads started to change, what is now SC&RA began as a segment of the Local Cartage National Conference (LCNC) of the American Trucking Associations (ATA) in order to accommodate the segment of the transportation industry affected by these developments. 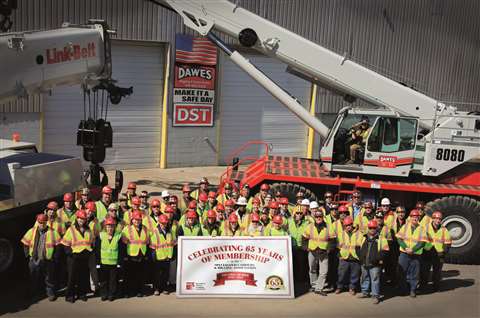 This new Heavy-Specialized Conference of the ATA held its first official meeting on December 6, at the Mayflower Hotel, Washington, D.C., with 75 people in attendance.

In the years that followed, the conference continued to grow, attaining 200 member companies by 1966, and 300 by 1968 – at that point, bringing together crane and rigging as well as transportation companies. In 1981, a new name was adopted – the Specialized Carriers & Rigging Association – and by 1995, the Association crossed the 800-member mark. 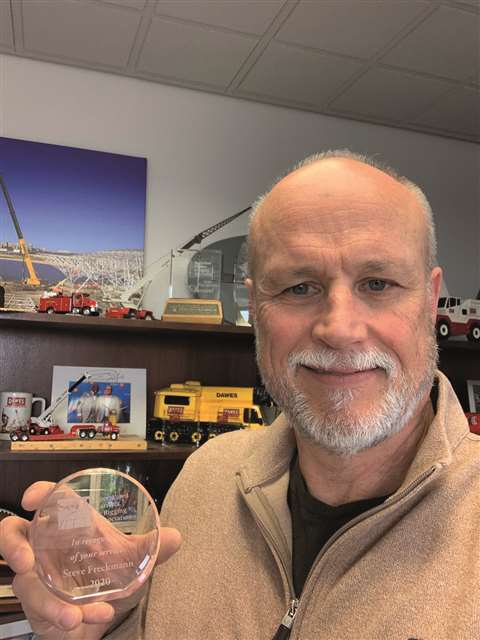 Steve Freckmann is the General Manager at Milwaukee (Wis.)-based Dawes, which purchased the Shea-Matson Trucking Company in the early 1970s. Shea-Matson was one of the original founding members of SC&RA, and when Freckmann’s father purchased the company, the chain of membership remained – as Dawes was also a member.

“Looking back, my dad really emphasized the importance of SC&RA to me in those early years,” Freckmann pointed out. “I remember he and my mother attending different conventions around the country, even Hawaii. He also submitted projects to what, at the time, was called Transportation and Engineering Magazine – which was likely an early predecessor to what we have today with the publications. And that’s still a big part of what we do today with SC&RA with their Jobs of the Year.”

Freckmann also points to the networking opportunities that served, and continue to serve, as an integral part of SC&RA membership value. “I remember my father, with the help of Jimmy Lomma, was able to successfully move a transformer from Milwaukee to New York City in the mid-seventies,” he noted. “My father had no idea how to move something like that in New York City, but Jimmy met him there and showed him the ropes. He was forever grateful to Jimmy for that, and was able to do that because of the SC&RA connection. Those were the kinds of relationships in the early years that these guys really relied on, and in many ways still do today – sharing a likeminded approach to the customer and the job.”

Freckmann also finds himself in the unique position of having experienced the evolution of both his own company (Dawes was purchased by the ALL Family of Companies in 1978) as well as the Association’s. “I’m more familiar with the years that the Association was transitioning to Joel Dandrea and Beth O’Quinn, and I believe that they’ve taken it to a whole new level,” he said. “You need not look any farther than what we have today with the annual meetings, the monthly webinars, the taskforces, the committees, and all of the advocacy. And the consistency in addressing governmental issues, regulations, permitting across state lines – it’s just awesome what’s available today for people that want to elevate their business.”

As a member of the Association’s Labor Committee, Freckmann often gets a firsthand look at the effort SC&RA puts in to advocate on behalf of its members, and it gives him both a sense of confidence and optimism. “There isn’t another association out there that represents the ALL Family’s needs more than SC&RA, and I’m genuinely excited about the future of both. As we’ve seen recently, life and work can get tough in many different ways – all the more reason to align your company with a group like SC&RA.” 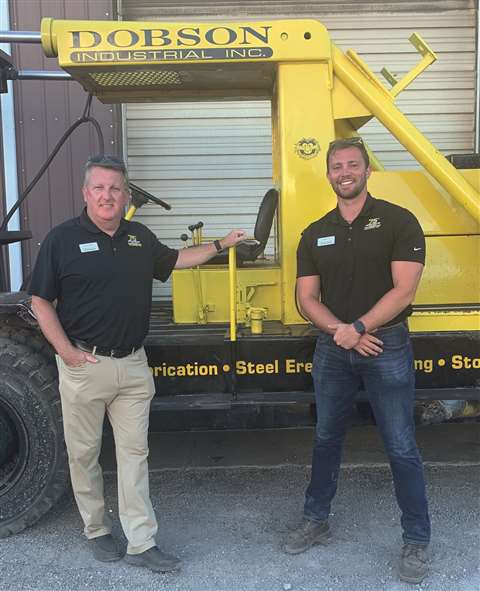 Vlk’s grandfather founded Dobson in 1947, and soon after, joined on to the conference that would one day become SC&RA. As the company found its legs within the industry and navigated various licenses and authorities, it began to grow and expand while also leaning into the Association’s strength-in-numbers approach.

Similar to Dawes, early participation in the Association’s various competitions was important to Dobson leadership. “We were involved in a lot of SCRA’s competitions in the sixties and seventies – fleet safety, driver competitions, crane and rigging stuff,” indicated Vlk. “And then, going into the eighties, my father got more involved – attending meetings and conferences. From what I’m told, when the Association came forward with a new brand in the early eighties, I think that’s when they really stepped it up – the services and the programs – with the insurances, safety, training and really focusing in on their voice in D.C.”

Vlk began full-time at Dobson in the summer of 1995, and attended his first SC&RA conference – the Crane & Rigging Workshop – in 1999. “While I wasn’t overly involved in those early years, I’ve become much more so in the last decade,” he said. “I regularly attend the Workshop and Annual Conference, and we continue to participate in the awards programs on the rigging side. I’ve also recently joined the labor committee on the crane and rigging side.”

In his more than twenty years of involvement with SC&RA, Vlk has witnessed the Association consistently move in the right direction. “Membership keeps growing, and the quality of the presenters at events, the speakers and topics, the advocacy, has all improved year over year,” he confirmed. “The products fairs are also increasingly impactful – you’re really bringing back a wealth of information on what’s out there and who’s doing what. And then the networking is probably the biggest thing – the opportunity to meet and interact with people from all over the country or even the world. Learning about what they do and how they do it, which also creates the potential to go in together on a project.”

Even still, Vlk finds himself, on occasion, reflecting back on a quiet sense of pride that emanates from the history his family business shares with the Association. “Just knowing that Dobson is one of the founding members is pretty special to me, personally. Because we’re a small, privately owned company here in Michigan. To know that my grandfather had the vision to be a part of something like this – to be one of the seeds that was planted to help this thing grow – and then to be a part of where it’s come seventy-five years later. To see my son attend his first event in 2022 and get excited about it. When I’m walking around at a conference or taking part in a meeting that I know is going to push this Association and its members a little further in the right direction, it really makes me feel good – knowing that I’m part of something bigger. Something special.”