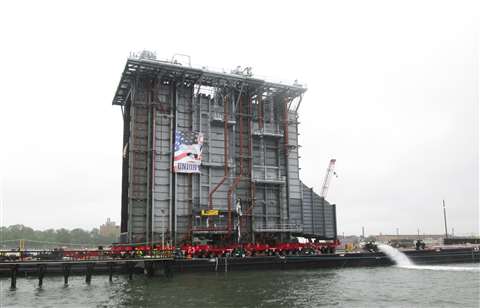 Heavy lift and transportation specialist Mammoet has completed the roll-off operation of a fully assembled HRSG module for the power industry. The module weighed 3152 tons (2859 metric tons) and needed to be transported from Coeymans, New York, to a power station job site in Bridgeport, Connecticut. The module’s dimensions were 145 feet long, 120 feet high, and 39 feet wide.

To transport the module Mammoet used a barge. The company says it is one of the largest HRSG modules it has ever transported by barge, although it was able to draw on experience gained transporting a similar HRSG module in 2017.

Mammoet says it is also transporting ACC modules and ducts to the job site utilising the same method. In addition, up to 15 cranes ranging from 18 to 800 tonnes will be deployed throughout the project.