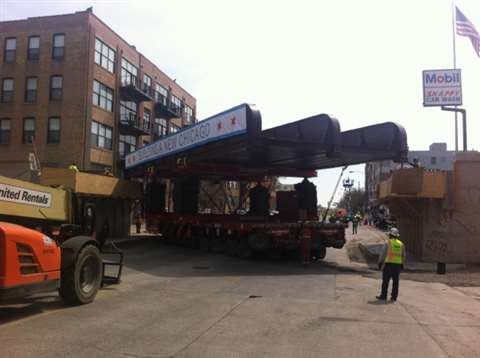 Mammoet has relocated a century-old railway bridge about five miles to the northern suburbs of Chicago, USA, giving the bridge a second life as a cycle path.

The bridge was 65.5 feet long, 29.5 feet tall and weighs 89 tons. It once carried an elevated rail line about 13 feet over Ashland Avenue, but has lain abandoned for 50 years.

Working closely with its client, Walsh Construction Company, Mammoet crews transported the bridge to its new home in about two hours, travelling at walking speed.

The relocated, refurbished and repainted bridge will form part of the new Bloomingdale Trail, built on (the same) closed railway, and due to open to the public in 2015.