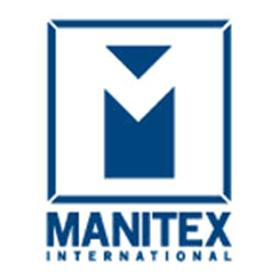 A highlight was the $32.7 million strategic investment by Tadano Corporation.

“The results reported today continue to show steady improvement in our operations, with growth in sales, margins, and adjusted income,” said David Langevin, Manitex CEO. However, we believe, the most significant event which occurred in the second quarter was the $32.7 million investment in Manitex by Tadano Corporation.”

He said the Tadano investment enabled Manitex to reduce its net debt to approximately $51 million, which represents a $144 million reduction from its peak level just over three years ago.

“We believe we now have sufficient working capital position to execute our global growth plans and take advantage of opportunities that our new relationship with Tadano presents,” Langevin said.

Steve Kiefer, president and COO, said: “In the quarter, we generated improved revenue and earnings reflecting strengthening global demand for our products and operational execution of our sales and manufacturing teams. Revenue of $63.9 million increased 23 percent versus the same period last year, and 13 percent versus the previous quarter. Our ongoing efforts to diligently manage near-term currency, inflation and supply chain challenges allowed us to maintain our gross margin compared to last quarter and increase by 140 basis points versus the same period last year. To offset supply chain inflation and continue gross profit expansion, we are currently executing the necessary cost reductions and operational improvements that we believe will allow us to achieve our near-term target of gross margin exceeding 20 percent and EBITDA margins of 10 percent.”

He said Manitex’s core product lines are well-positioned to allow the company to take advantage of the overall strength within the industrial goods market during the quarter.

“As of the end of the June quarter, backlog for our European Group, primarily consisting of our PM global knuckleboom business, was up 133 percent compared to the same period last year,” Kiefer said. “Going forward, we are confident that revenues contributed by PM will continue growing as a percentage of our total enterprise revenues, through ongoing dealer development and new product enhancements, as well as our important partnership with Tadano, particularly in Asia and the Middle East.”

“On the straight mast side, as we previously reported, we experienced a spike in order rate at the beginning of the year which has since moderated, and the total industry volume was approximately 800 units for the first half of the year, a healthy level, still below peak with potential to continue to go higher,” Kiefer continued. “65 percent of our backlog is comprised of cranes with ratings of 30 tons and higher being driven by activity within the energy, utility, infrastructure and general rental segments.

*All references in this release to financial results of periods ending prior to the third quarter of 2017 reflect such results as restated pursuant to the recently completed restatement of such periods.

**Adjusted Numbers are discussed in greater detail and reconciled under “Non-GAAP Financial Measures and Other Items” at the end of this release.