Triad Engineering & Contracting (Triad) received its Manitowoc MLC100-1 in August 2019 and immediately set it to work on the London Road Relief Sewer project, situated on the east side of Cleveland, OH. Operating continuously over two shifts a day, the machine notched up 2,500 hours of faultless operation within its first 12 months. 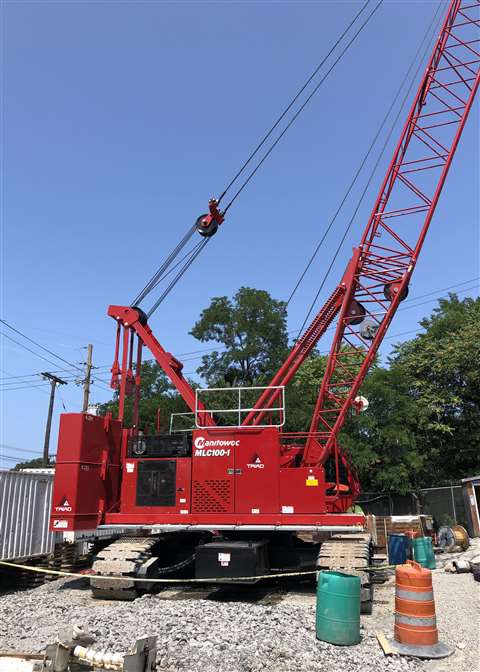 “When Manitowoc introduced the MLC100-1 it was exactly what we were looking for,” said Cliff Kassouf, president, Triad. “We needed it to work across two shifts continuously for a period of several months, so reliability and efficiency were always going to be important. It completed a 6,600 ft tunnel without a single issue, which is so rare. Typically, any machine will have an issue at some stage but this thing never stopped. To have a machine operating that dependably across two shifts for so long is huge. In the end, we mined the 6,600 ft tunnel section ahead of schedule.”

The London Road Relief Sewer project forms part of the Northeast Ohio Regional Sewer District utility. It’s formed of a three-pronged network of relief sewer tunnels, leading down to a drainage structure that connects to a nearby water treatment plant. Much of the work for the crane involved removing excavated material from the tunnel. This was transported from the tunnel boring machine via an underground rail system to the access shaft, where the crane sat above ground. 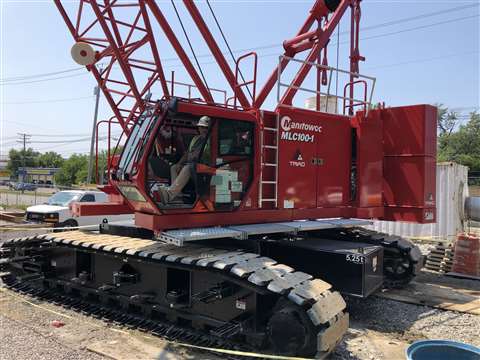 The MLC100-1 removed each rail car of excavated material, with between five and six cars per train and each weighing around 16,000 pounds. Once emptied, the MLC100-1 replaced the rail cars back down the 60-foot shaft so they could be used for the next load, cycling through 50 to 60 cars per shift. The crane worked continuously, covering the shifts that started at 6:30 a.m. and didn’t stop until midnight.