D.Ann Shiffler asks, which was Manitowoc’s most iconic crawler crane: the 3900 or the 4100? 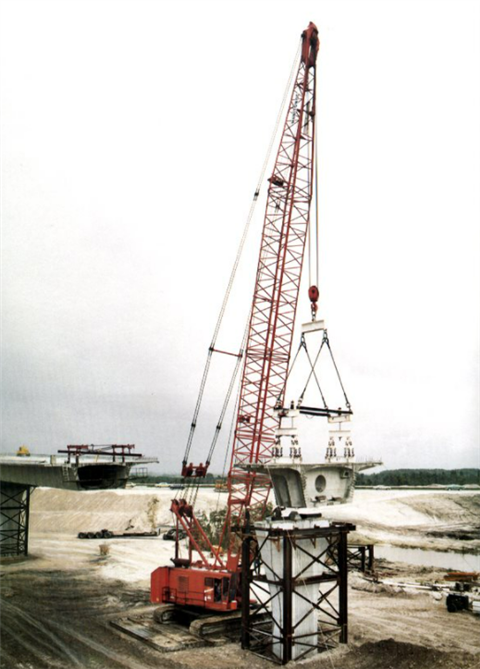 The 4100 was a mainstay in crane fleets throughout the U.S. With an improved braking system and torque converters, the load could be controlled better than other cranes of that era.

The 3900 made its debut in the 1960s as a 60-ton capacity crane. At the mid-point of its production, the crane’s capacity was increased to 80 tons. The last units produced were rated for 100 tons. The capacity enhancement was achieved through boom and counterweight changes as well as some structural upgrades.

Manitowoc’s Ion Warner said that it’s quite the anomaly that the company stayed with the same model names through both cranes’ design changes and enhancements. Manitowoc’s marketing and engineering staff didn’t want to mess with a good thing.

The 3900 debuted as a machine ideal for lifting, clamshell work and dragline work and could be rigged with a grapple and a magnet. The 3900W introduced an independent boom hoist that allowed for ease of holding the load.

The 4100 debuted with a Ringer attachment that extended the crane’s working range.

Mikut said ALL Erection embraced both cranes and generally had more than 30 units in its fleet. 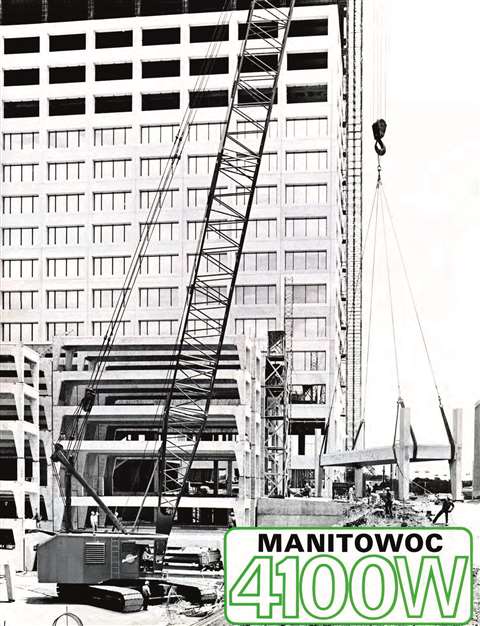 The Manitowoc 4100W debuted as a rugged lift crane with maximum stability.

“They were the most popular cranes to rent. We still have some of the 4100s,” he said. “They still work just fine and are popular for laydown work.”

The one thing that hurt the continued usage of the 4100 was its ability to free fall a load. Some plants and other entities no longer allow a free fall crane on the jobsite.

“The thing about those cranes is that you could take them apart down to the bare frame and rebuild them,” said Mikut. “That’s not feasible on cranes today.”

“The 4100 was and still is a reliable beast that could be rebuilt many times,” he said. “It would be hard to guess how many times some of Lampson International’s 4100s have been rebuilt.”

Wood said the only reason the 4100 became a dying breed is the cost to transport, the set up time for its capacity and the lack of operators who can run a friction-style crane. 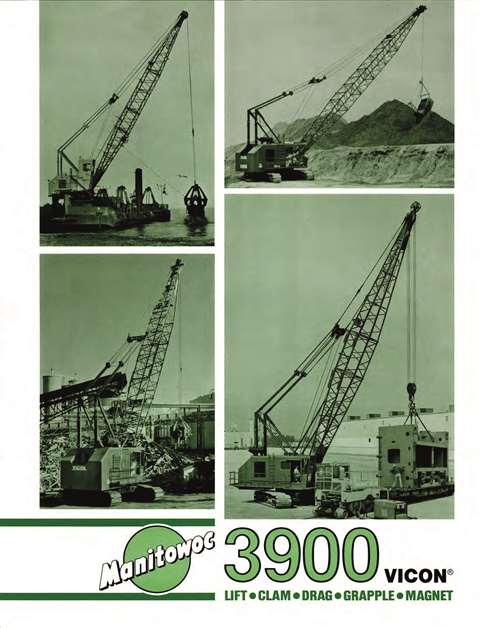 The 3900 debuted as a machine ideal for lifting and clamshell and dragline work. It could also be rigged with a grapple and a magnet.

“They are great for tough environments due to their very limited need for electronics to keep them running,” Wood said.

Lampson International was so bullish on the Manitowoc 4100 that a few years back, its engineers redeveloped the crane, renaming it the Manitowoc Millennial.

“We still have several 4100s in our fleet,” said Lampson’s Bill Stemp. “The 4100 revolutionized the lifting and construction industry with is versatility, ease of operation, robust design and the available attachments. In my opinion, the Manitowoc 4100 is the crane that built America.”

“The Manitowoc 3900 and 4100 helped build America,” he said. “Today you can talk to operators who vividly remember being part of substantial projects and the pride they have is very reflective in the pride and legacy of the cranes themselves.”

Wilson is proud of the impact that older cranes have had on the infrastructure of America. With so many things disposable these days, Wilson said it’s nice to see that these two iconic cranes have withstood the test of time.

“These machines, like classic cars, when maintained, can last for ages,” Wilson said.