The KY-based company aims to increase safety, security and efficiency.

Midwest Rigging Supply, based in Owensboro, KY is a source for a plethora of rigging products, each that has been certified and inspected before it’s sold or rented. The company’s goal is to increase safety, security and efficiency when it comes to providing rigging supplies, equipment and gear to its customers. 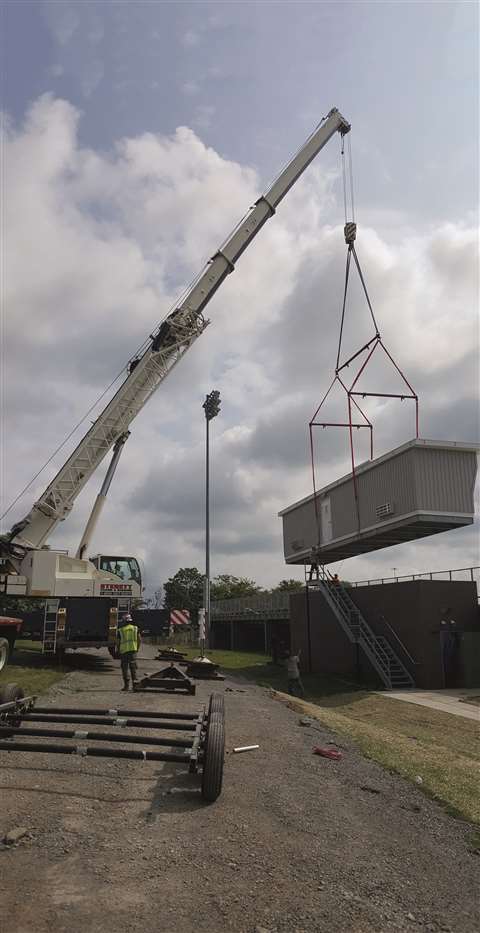 Midwest Rigging Supply has also set out to create a safer, more secure and more efficient working environment with the development of the TB-814 telescopic adjustable spreader beam.

Most recently the company has begun engineering and manufacturing its own spreader bars. This includes compression spreader beams, CB-4 thru CB-18, which range from 4 inches in diameter to 18 inches, and can be rigged with a vast amount of options.

The newest and most innovative spreader beams that Midwest has released are its 120-ton and 150-ton center pick beams, CP-12 and CP-150, as well as its telescopic adjustable spreader bars, TB-8 thru TB-14.

The center pic beams, CP-120 and CP-150, are light, durable and can handle an extremely high lifting capacity, according to the company. The CP-120 beam is 18 feet long and the CP-150 is 20 feet in length. Each has pick points located on the bottom spaced at one foot apart. This means the CP-120 and CP-150 center pic beams eliminate the need for additional spreader bars. The height of the beam is just under 4 feet tall which allows it to perform jobs that require minimal head room. Overall, the beam reduces job set up time by maximizing the amount of pick points available, which reduces risk, which in turn reduces cost. These spreader bars help to make the job site safer and more secure when making calculated lifts.

“Talking to a lot of people who have been fortunate to use these, they’ve all said the capability is not only great, it just makes the job a lot easier,” said Jake Isenbarger, president, Midwest Rigging Supply. “There are about 20 holes in the bottom of this thing that goes all the way across. If you have a piece that’s not necessarily 20 feet long, let’s just say it’s 5 feet long, you still have the capabilities to use this spreader bar. Again, it eliminates the need to unhook and re-hook the rigging. They can just keep it on there and get the entire job done using just this one spreader bar. It’s been nice for the riggers and the men out in the field that have been working with it.”

Midwest Rigging Supply has also set out to create an improved lifting environment with the development of the TB-814 telescopic adjustable spreader beam. Constructed with specialized steel, these spreader beams are extremely lightweight, weighing just over 200 pounds. At the same time, they have an incredible lifting capacity of up to 70,000 pounds. The TB-814 also boasts versatility, ranging in length from 8 feet to 14 feet long once fully expanded.

In addition, the company has created a way to minimize the added stress of rigging supply.

“We always ask our customers, if you had to do a job over again, what would have made it easier, or more efficient?” said Isenbarger. “A common response that kept coming up was that they wish they had more rigging for unforeseen circumstances. So, we took these comments to heart, and have developed Custom Project Rigging Boxes.”

Over 90 percent of jobs, categorized by size, can be covered by these custom rigging boxes. Midwest Rigging Supply includes more than enough rigging in case customers run into the issue of needing more than they originally had planned for. The boxes also serve as a centralized location for rigging, which results in more organized job site as well as saving customers both time and money. Midwest offers three options – a lightweight box, medium and heavy.

“People tend to get very overwhelmed in the onset of planning what you need for a job,” said Kristi Isenbarger, vice president of marketing, Midwest Rigging Supply. “But it doesn’t have to be that complicated. Rigging is such a vague term. What exactly is rigging? It’s much simpler than you think it is. We’re trying to figure out a way to be user friendly to that person that might be intimidated by placing a rigging order. It doesn’t have to be hard. We’re just trying to find an ABC approach to make the job go smoother than it would otherwise.”

Paving a new path on the business side of rigging, Midwest Rigging Supply has expanded its market with a-soon-to-be-introduced rigging catalog and an online presence on Amazon.com

The catalog, according to Kristi Isenbarger, will provide “a tremendous number of value-add products for customers, but will also serve as an invaluable resource to anyone in the field.” 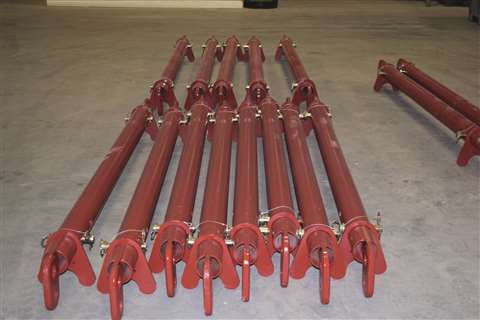 The Midwest Rigging Supply catalog will present the multitude of capabilities that the company can provide, including items for rent and purchase such as gantry systems, Versa-Lift rigger trucks, spreader bars and traditional rigging such as shackles, nylon slings and wire ropes.

Offering its products on Amazon will create a user-friendly purchase model for all of the company’s customers.

“They can have everything they need with the click of a button now and not have to worry about calling several different times to order several different things,” said Jake Isenbarger. “Midwest Rigging Supply is always trying to stay in front of customers to discover their wants and needs, and by opening an Amazon store, it will allow us to better serve those needs.”

On Amazon, Midwest Rigging Supply will be selling spreader bars, shackles, slings, wire ropes, toe jacks, chain falls, come-a-longs and many more products will be added throughout the year.