Minnesota contractors gear up for licensing 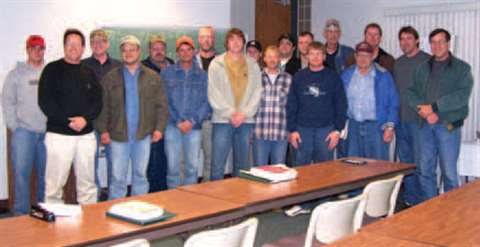 Minnesota contractors are to participate in training courses offered by Ridgewater College in Wilmar, MN

Ridgewater College, Wilmar, MN, has partnered with a consortium of construction companies throughout the state to offer training and CCO certification examinations.

Instructor for the first class was Don Jordan of CICB, shown (second from left) with class participants.

Future training classes are scheduled for September and December 2006, and March and June 2007.