Earlier this summer, SC&RA announced to its membership that the Federal Highway Administration (FHWA) had officially clarified a long-standing definition of “nondivisible load” that has been interpreted very differently between states and even within various jurisdictions within states. 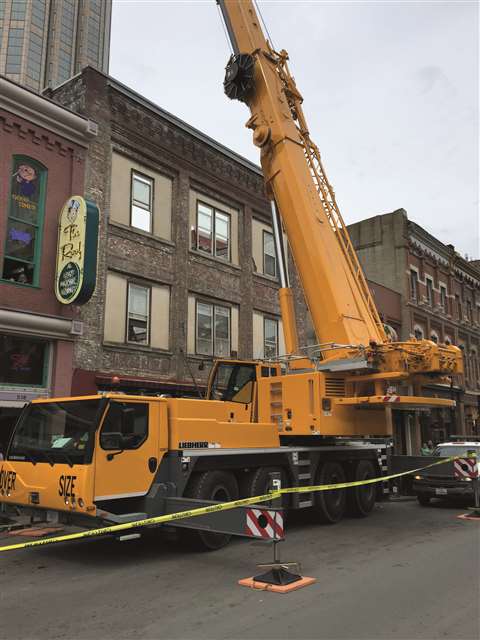 With this new clarification, FHWA asserts that loads shall still be defined as “nondivisible” if the removal of the objects will make it (the load) unable to perform the function and/or unusable for which it was intended.

The Federal Definition 23 CFR 658.5 – “nondivisible” means any load or vehicle exceeding applicable length or weight limits which, if separated into smaller loads or vehicles, would:

In response to a request from SC&RA, the FHWA formally responded in a letter dated April 12, 2018: “As you (SC&RA) assert, the word, ‘or’ at the end of (ii) means that a load that meets any one or more of the three definitions shall be considered nondivisible. States are required to use the federal definition only when considering whether to issue a nondivisible load permit allowing an overweight vehicle or load to operate on the Interstate System and roads providing reasonable access to and from the Interstate.”

This decision carries significance because, for decades, some states have, particularly with respect to extra equipment on mobile cranes, focused exclusively on (iii) – where removal of counterweights, etc., typically takes less than eight workhours to dismantle. With this new clarification, FHWA asserts that loads shall still be defined as “nondivisible” if the removal of the objects will make it (the load) unable to perform the function and/or unusable for which it was intended.

“Historically, our members have had difficulty in some states – and it varies depending on who’s in charge of enforcement in a state – whereby when we permit a load to go through one state, the load is considered nondivisible, only to find out that, following a large fine, the next state considers it to be divisible,” said Steven Todd, SC&RA vice president, transportation. “And in some cases, the interpretation differs between jurisdictions within a state!”

“What’s interesting,” he added, “is that all fifty states have adopted the federal definition of a nondivisible load, and yet, over the years, they’ve come up with at least a dozen or more interpretations of that, and most of the confusion has to do with the states incorrectly believing that in order to meet the threshold of a divisible load, they only have to prove in their mind that a company failed to meet one of those three definitions. Certain barrier states have really hung their hats on (iii).”

Mobile cranes are the typical example, explained Todd, although it carries over into trucks and trailers as well. He also noted that some states often misunderstand SC&RA and believe the Association simply wants to throw everything possible on a load – regardless of how much it weighs – and want the state(s) to approve it. He emphasized that this absolutely isn’t the case. “We’re generally satisfied with most states’ weight allowances for such loads, so long as the additional equipment be allowed to accompany the load,” Todd said.

Mobile cranes on the move 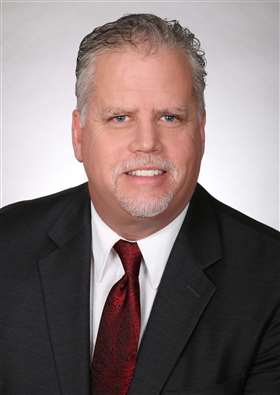 Join SC&RA Vice President STEVEN TODD at the Crane & Rigging Workshop, Sept. 26-28, in Louisville, KY, as he addresses how to use the FHWA interpretation to your advantage with mobile cranes.

All aspects of securing permits and working with law enforcement and government officials will be covered. Visit scranet.org/events to register.

SC&RA will continue to advocate for and further promote the federal definition to members moving forward – providing and articulating the documentation that has been accumulated.

“Another thing we will continue to do is work productively with the CVSA [Commercial Vehicle Safety Alliance],” he pointed out. “Last year, we appeared before them, making this case, but without the federal backing. So, I’m hoping to get to CVSA this fall and advocate this again. These things just take time.”

Scott Hernandez, director of Crash Standards and Analysis at CVSA, echoed Todd in that regard. “We think that it’s very important to have the distinction work towards consistency – for the three points,” he said. “Obviously we don’t believe that we should ever compromise the intended use of the vehicle or make it unable to perform the duties – or destroy the value of the vehicle. I do think that the awareness that’s going around with the new interpretations will start helping states get closer and closer to being more consistent. It will simply take time to get there.”

Hernandez said the one part of the interpretation that could be a lot more difficult to get to surrounds the eight-hour dismantling. “Especially when it goes on to say that the applicant for the nondivisible load has the burden of proof, right before that. So, I know in some future questions, that’s probably going to come up, because the due diligence that goes into that may vary, and it may show that there are some different practices that go into that.

“Additionally, when considering certain inconsistencies occurring from state to state, sometimes there’s a reason for that. State laws need changed, and some states require less effort – depending on how they’re structured and how they’ve managed this in the past. It may vary.”

Another point of note, he stressed, highlighted how there are still some grandfathered states that have less stringent rules (because of grandfathering) as well as potential impacts on manufacturing. “You have to consider when you get a new definition like this: if you think about it, manufacturers may start making their equipment differently … whereas before, there was a motivation to make it so you could take it apart. There’s potential that manufacturers will make equipment for less money that’s not designed to be taken apart – so maybe manufacturing may change as a result of a rule change like this.”

Ultimately, Hernandez affirmed, the goal at CVSA is definitely to get states more consistent in uniform practices.

“We’re working towards that and I think this awareness will continue to help,” he said. “Will there still be some different interpretations if you were at the last CVSA meeting? Absolutely. But I think what we’ll see moving forward is more consistency.”

SC&RA has sent the updated FHWA information to all 50 state DOTs, including a mention of Texas’ new policy, which SC&RA was consulted on last year.

Essentially, the FHWA clarification allows for additional objects to be carried as part of the overall permitted load provided that by excluding such additional objects, the load is left unable to perform the function for which it was intended. An example involves various objects associated with mobile cranes, such as counterweights. Texas recently proposed rule changes to “authorize a crane that is permitted … to travel with properly secured equipment … to the extent the equipment is necessary for the crane to perform its intended function. For example, counterweights are necessary at the job site to stabilize the crane.” The rule change lists such crane equipment as outriggers, booms, counterweights, jibs, blocks, balls, cribbing, outrigger pads and outrigger mats.

Todd confirmed that SC&RA has received some positive feedback from states that, for the most part, interpret the definition as they do.

“This is true in Texas as well: all we’re asking for is if our load meets any of those three definitions, and the overall weight, the axles, the spacings, and the weight we’re asking for falls within, or under, what that state allows for permitted loads of that nature, then issue the permit,” he said. “We’re not asking for any special favors; we’re just asking for states to interpret the federal definition of a nondivisible load as the Federal Government has clarified.”

He added that it’s important to remember that every time a mobile crane has to offload a few of these items, a separate driver and a separate truck has to carry those in conjunction. “So, we are making the argument, as well, in these barrier states that this is leading to unnecessary congestion, heavier traffic, more emissions and increased safety risks.”