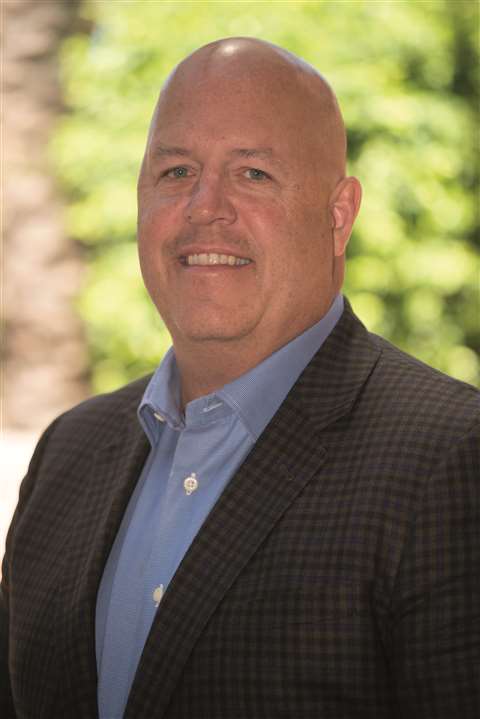 Already familiar with the role of president – for Duncan Machinery Movers in Lexington, Kentucky – Bennington has traveled a non-traditional path to SC&RA leadership. Born in Pennsylvania, his family jumped around the Midwest as his salesman father navigated the corporate ladder. Bennington eventually graduated from the University of Cincinnati with a degree in management and marketing – juggling a full-time job all the while.

A sucker for numbers, he also took a fair share of accounting classes while in Cincinnati, and gravitated toward the banking industry after school – landing at the Ohio Division of Banks. Though banking wouldn’t be his final destination, he feels it did lay the groundwork for perspective and a continued analytical mind that serves him well today. I had a chance to meet up with Bennington and unpack those early chapters – discussing how it shaped his journey and paved the road for a career and a life that he literally looks forward to every day.

Your mother played a pivotal role in not only where you first started working, but how you worked.

She did. When I was growing up, she worked in the banking industry, and was ahead of her time for women succeeding in the workplace. She was an executive VP for her bank long before that was the norm, and always the first woman at her position wherever she was. I get a lot of my work ethic from her. I saw how hard she worked, and it inspired me.

Banking wasn’t ultimately for you, though it did set the stage for things to come.

It absolutely did. And I still use so much of what I learned, because in this industry, we’re always analyzing and examining numbers. I eventually worked for Fifth Third Bank, and from there I worked with Visa and Mastercard processing for large retailers. I traveled from Cincinnati north to Michigan, all the way to D.C. and up to Boston – calling on a range of large accounts. I did that for about three years before leaving the industry and taking a job with a local commercial builder – working in marketing and sales.

This was a career pivot for you, but also a productive step in a direction that would define the rest of your life.

For sure – it was with a commercial construction company in Cincinnati, and my specialty was “large industrial boxes” (structures/buildings essentially) – focused on the industrial side of it. I did that for three years and then had an opportunity to work with The Roger Staubach Company in corporate real estate. My specialty there was also industrial boxes, and part of our services after the property was acquired was the move-in and installation of equipment. I should backup and say that I met my wife while at Fifth Third Bank, and her dad, Bill Heron, owned a small rigging company in Lexington, Kentucky. Though I was immersed in commercial real estate, I got to know Bill and understand his business – which actually helped me in my industrial sector because I could talk intelligently about equipment.

When did you know you wanted to own your own business?

Pretty much from high school. But to put it into context, Bill was thinking about selling his company (this would have been the late 1990s), so I made him an offer, and he said no. Said my price was too low!

But that didn’t change the eventual outcome.

Well, he entered into a deal with someone who ended up not being able to get it financed. While that was happening, Bill was going through the SC&RA chairs. We got invited to San Antonio – the meeting where he became president. At that time, I gave Bill a letter of intent and met the new price – with terms closer to his. So, as he became president of SC&RA, it was my first SC&RA meeting. That was 1997, and that’s when I entered SC&RA.

So, you were essentially taking on two new chapters: one as the new president of a company, and also membership with SC&RA.

Indeed – as Bill was assuming his new role, I was sort of on the sidelines looking in. But I met a lot of very special people during that time – Alan Barnhart, Bill Sterett, Terry Emmert, to name a few. Bill, of course, passed away, but Alan and Terry are still my friends today. I knew from being in a fraternity in college that you get out what you put in. That’s especially true at SC&RA. So I joined every group I was able to join, sat in on every meeting – got in on the committees that I thought were right for me, where I would learn and have something to offer. I’ve been on the SC&RA Safety Education and Training Committee since the early years.

How was Duncan evolving at this time – what was your plan?

When I took over, we were basically a heavy rigging company that did work in the Midwest and traveled into Michigan, Indiana, Ohio, Kentucky, Illinois, Tennessee, West Virginia. We did these large projects, and around 1990, started installing machinery. When I became president, the company had evolved so much, there was a bunch of equipment that really needed to be sold. So I started updating the technology as well as the fleet of equipment that was tailored more toward what we did.

After more than two decades running Duncan, what continues to get you up in the morning?

I simply love what I do. I love the fact that every day is different – every job, from one to the next. I love watching our guys work, love watching what we accomplish on a daily basis. Everything keeps getting bigger, heavier, further-reaching – you’re constantly scratching your head trying to figure out how you’re going to do this.

What would you say was one of the most difficult things you’ve ever dealt with at Duncan?

Around 2008–2009, we had to make some really tough decisions during the recession years. For so many companies that didn’t adapt, they saw the consequences. Those were tough years for all of us, the industry, everyone. But I can say that Duncan is better for it.

Talk to me about SC&RA relationships and how they’ve allowed you to cultivate yourself both professionally and personally.

Not enough can ever really be said about the professional benefits. And as a financial guy, I attended an Association financial seminar in Palm Springs in my early years. I got teamed up to play golf with Dick Conklin and George Bragg, and from that day, until the day George passed, he and I were very good friends. I would call him out of the blue and just ask him questions. He would always point me in the right direction.

I also got to be good friends with Bill Sterret and George Young. My relationship with George was neat because I would call him for machinery moving and rigging questions, and he would call me for financial questions and to talk about family. Those guys can’t be replaced. I still have George Bragg’s funeral brochure above my desk, and in my office, I have a picture of George Young and myself. Present day, I’ve got a core group of guys in the Association who I really enjoy spending time with. We get together when we can. SC&RA becomes like a family in certain ways.

Bennington and his family spend a lot of time outdoors. Together they enjoy boating, hunting, rock climbing and all University of Kentucky sports.

When did it start making sense to you to consider the chairs?

After my son entered high school, it made more sense for me personally to consider that nomination process. As you get approached by certain folks, and they ask you if you’re ready for this or interested in that, my answer would have always been yes.

Given the names that have come before you, what does this appointment mean to you?

Well, even though Bill was my father-in-law, you want to talk about mentors. With a tear in my eye, I assure you he was a great mentor and human being. I’m honored to be considered in that group of illustrious men who’ve come before me. I didn’t grow up in the industry; I came through a little differently. I try very hard every day to be as kind and considerate and generous as I can – in the model of my mentors. It’s an honor to be president of this great association.

What is a personal goal of yours as president looking at the year ahead?

The highest priority on my list is the transition from one industry-endorsed insurance company into the next evolution. If it’s done right, it’s still going to be very beneficial for everyone. Obviously, SC&RA has done a fantastic job not only addressing current industry challenges, but looking ahead and constantly working to pull together resources and build off the strength of its membership in looking for answers to challenges. I look forward to being a part of that process during my time as president.

What excites you about the future of both the SC&RA and the industry?

Industry for me is always changing. That has always excited me and always will. It’s really interesting to see how this ripples through the Association. These days, I’m part of the older crowd, so to speak, and it’s really neat to see what the younger people are bringing to the table. To see how the membership is evolving, and how the Association is cultivating its future leaders programs. The next generation is starting to step up – you’re seeing members’ kids coming into the industry, many of them in leadership roles.

When you’re not working to enhance your own company or SC&RA, what do you do for fun?

I don’t even know where to begin. I spend a lot of time outdoors, and we try to get to Lake Cumberland [Kentucky] as much as we can. We do all the University of Kentucky athletics – season tickets to football, basketball, baseball. Boating is also a big pastime for me, and I spend a lot of time at our family farm. My children and I go hunting; I’m going to teach my daughter how to rock climb this year. My wife and I just really enjoy our kids and the special life that we have. And I can’t forget my dog (I love animals) – she comes to work with me every day.