Major tower crane accidents in the US this year and four in the UK since 2001 have prompted fresh calls for more wide-ranging certification. Euan Youdale looks at the levels of certification required for crane operators in both countries

The issue of certification was at the top of a list of items under discussion at a meeting between officials of the White House Office of Management and Budget (OMB) and industry representatives in the US.

At the White House OMB offices, the National Commission for the Certification of Crane Operators (NCCCO) appealed to the OMB to approve authorisation of the consensus document developed by the OSHA Crane and Derricks Advisory Committee (C-DAC) in August 2004. The appeal was coordinated by the Specialized Carriers & Rigging Association (SC&RA), which believes that new rules based on the C-DAC suggestions would provide a badly needed revision of the current crane requirements developed almost 40 years ago.

Industry professionals feel the current standard is not adequate or user-friendly. Before the meeting Doug Williams, president of Buckner Companies, said the existing standard is challenging to use because it references a number of other standards, whereas the standard proposed by C-DAC is all-inclusive and clearly spells out requirements.

The masses of smaller businesses in the industry simply lack the resources to research and interpret the requirements scattered over many documents, according to Williams, who served on C-DAC.

At the meeting Graham Brent, NCCCO executive director, noted that 21 of the 23 members of C-DAC supported the operator certification provisions and pointed out that they had already been unanimously approved by OSHA's Advisory Committee on Construction Safety and Health (ACCSH).

"Much of the industry that uses cranes already certifies their operators," Brent said, "but some employers are reluctant to do so for fear their lack of training will result in their failing tests." In many cases a stated opposition to certification masked an underlying reluctance to train, Brent said. "A federal requirement would bring those employers who are reluctant to train and test their employees into line with industry standards."

He noted that an additional six states had enacted crane operator certification requirements in the four years since the C-DAC report was completed. At least six more states and several cities had introduced legislation or were in the process of drafting it.

"It's clear that nationwide mandatory crane operator certification is coming," Brent said. "The only remaining question is: Will this be a state-by-state (city-by-city, county-by-county) process, or a national programme that will be uniform for employers everywhere?" Did it really make sense, he asked, for each state, county or city to repeat the work that C-DAC had already done.

While certification provided the proof that training had been effective (specifically, that crane operators have the requisite knowledge and skill to operate a crane safely), Brent pointed out that C-DAC contains no restrictions on where or how employers source that training.

"Employers are free to train their own employees or hire in trainers of their choice," Brent said. "For those that choose to outsource this process, NCCCO lists on its web site more than 100 training schools nationwide offering crane-specific training, in addition to numerous trade association chapters and union locals.

In contrast to the US, the UK has a more advanced certification scheme for construction equipment operators on jobsites. Operators are required to carry a red or blue card to show that they have completed the Construction Plant Competence Scheme (CPCS) and, in August 2008, the scheme's requirements were updated.

To receive the initial red card, applicants have to carry out a theory and practical test, which, together form the CPCS Technical Test. The theory test has to be passed before the practical test can be taken.

The former consists of machine category specific questions designed to check an operator's knowledge of relevant health and safety issues, their role and responsibilities on site, the use of the machine and its operator's handbook. Questions are asked verbally by an approved tester at an official CPCS test centre and the session is recorded.

Once the red card has been received, the operator can work towards an NVQ (national vocational qualification), which, once passed, will entitle them to a red card. Since the beginning of August machine categories have been placed together, meaning the operator of one machine does not have to take a second NVQ to receive a red card to operate a similar machine.

The Construction Plant-hire Association (CPA), along with the Construction Federation (CF), was instrumental in devising the CPCS industry scheme, which is self-regulatory, rather than being set in law.

Colin Wood, CPA chief executive, was also involved with the scheme's predecessor, the Certificate of Training and Achievement (CTA), launched in 1985. "Everyone felt there was a need to sharpen up training and competence and it's definitely improved over the last 25 years. Before that operators were unregulated and could drive machinery without certification.

"It was a bit like driving a car without a driving licence. Since then there has been a marked decrease in accidents. We are confident that the level of training and testing is now sufficient to provide the level of safety needed on sites."

Speaking about other parts of Europe, Wood adds, "The Dutch have a very advanced scheme, as does France and Germany. But, there are some new members of the EU that could do with an operator's certificate scheme. They will have training in all these countries but it may not be as regulated as it should be."

In such a regulated country as the UK, it may be surprising to learn that the drivers of mobile cranes on UK roads were still able to do so with a standard driving licence until the early 1990s, says Wood. They are now required to hold a LGV 2 (light goods vehicle) licence.

The CPA continues to close the gaps in safety and training by producing a wide-range of industry best practice guides, including May's Safe Use of Top Slew Tower Cranes, produced by the association's Tower Crane Interest Group (TCIG) in partnership with the Health and Safety Executive (HSE). 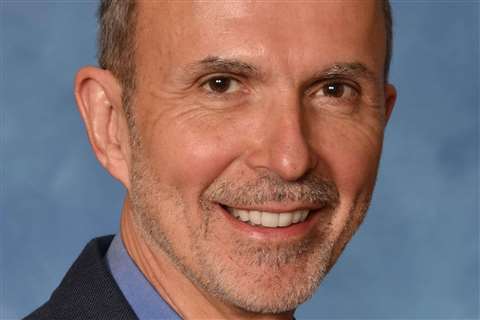 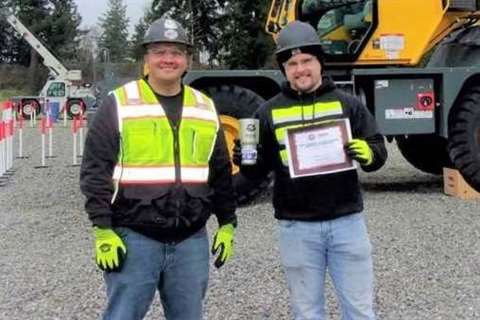 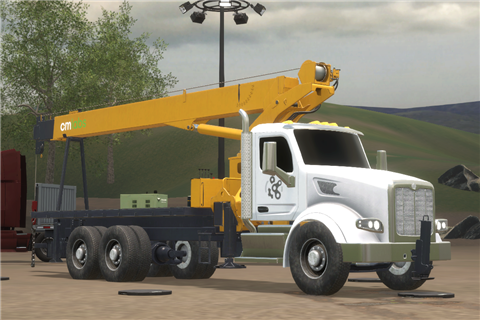 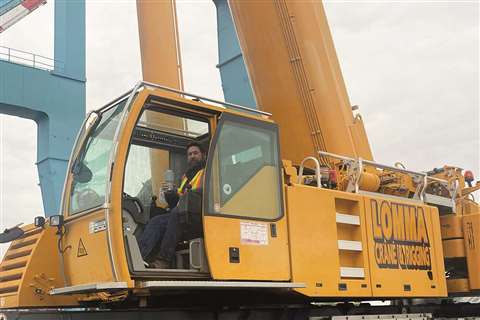