Despite an overcast day in Orlando, FL, the environment at the Ritchie Bros. auction was far from melancholy. Appropriately described as the “allure of February” the Ritchie Bros. equipment auction, which took place February 18-23, attracted an unprecedented worldwide crowd and an even more impressive display of machinery. 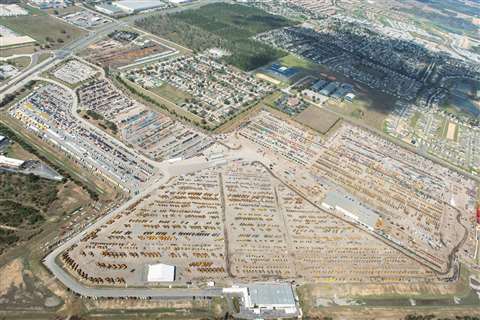 A sea of equipment stretched over the 220-acre Ritchie Bros. auction site in Orlando, FL.

With an incredible amount of money moving at an even more astonishing speed, this equipment auction is not for the faint of heart. Despite it being my second year attending the event, I was still just as blown away at both the immensity and the intricacy of the production. The entire Ritchie Bros. team works like a well-oiled machine – catching bids, tracking equipment and aiding customers who have trekked from near and far to attend the event. While U.S. residents make up 85 percent of the buyers, the auction still brings in an impressive global audience. The event attracted more than 15,900 people from 88 countries, including many “snow birds” who made the trip to escape the cold and bask in the warmth of sunny Florida. 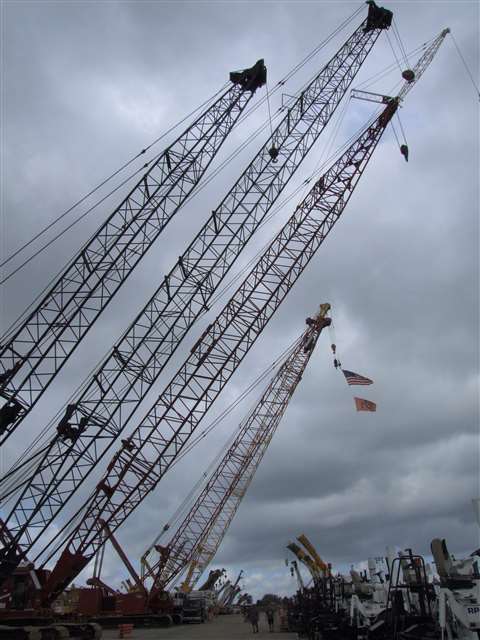 “We had a great week in Orlando, helping more than 1,150 companies sell their surplus equipment to buyers from nearly every corner of the world,” said Ritchie Bros. CEO Ravi Saligram. “Orlando is the Super Bowl of auctions and our team was prepared and performed tremendously, helping us set multiple company records, including our largest ever gross transactional value (GTV) and the most equipment we’ve sold in one auction in 60-plus years of business. On ‘Day Five’ we sold approximately 2,300 items for more than $82 million – the largest single auction day in our history.”

However, the number of cranes for sale was down significantly, by 37 percent year-over year. According to Doug Olive, senior vice president, pricing and valuations for Ritchie Bros., this is attributed to the ebb and flow of cranes still present on jobsites, as companies continue to hold onto their assets. It’s also important to note that the mix of assets vary from year-to-year, and what could be down one year might be in high-demand the next.

Even auctioning off a “tiny house” and a variety of military equipment, the Ritchie Bros. auction certainly kept attendees on their toes as buyers scored deals on sought-after equipment left and right.

Auction at a glance