The Potain MDT 489 is manufactured to specifically meet the needs of the U.S. construction market.

Officially launched on April 30, 2021, the new Potain MDT 489 topless crane from Manitowoc was designed with direct feedback from U.S. tower crane customers and is manufactured to specifically meet the needs of the country’s construction market. It fills the gap between the popular MDT 389 and new MDT 569 models and is said to be ideal for large-scale construction and infrastructure projects, especially the installation of large, prefabricated components, as well as for shipyards and mines with heavy loads to handle.

In addition, its compact crane configuration enables it to operate on tight and congested sites. The MDT 489 has been designed for high performance, while keeping the concept of using topless technologies that overlap and avoid collisions on jobsites with multiple cranes, unlike hammerhead tower crane models.

When the MDT 489 arrives at the jobsite, it is twice as quick to assemble as other cranes of a similar size. With a 262.4-foot (80 meter) jib and 164-foot (50 meter) mast, assembly takes a maximum of two days and requires very little space, the manufacturer said.

The MDT 489 can be placed on a 19.6 or 26.2-foot (5.95 or 7.95 meter) cross base platform and assembled in various configurations to best use the space and equipment available on the jobsite. The jib has been designed for easy and efficient erection with built-in slinging points. The jib sections can be assembled in different configurations to offer jobsite flexibility according to the assist crane size and ground space available. The heaviest jib section weighs 9.8 tons (8.9 metric tons) while the total package weighs a minimum of 14.3 tons (13 metric tons). 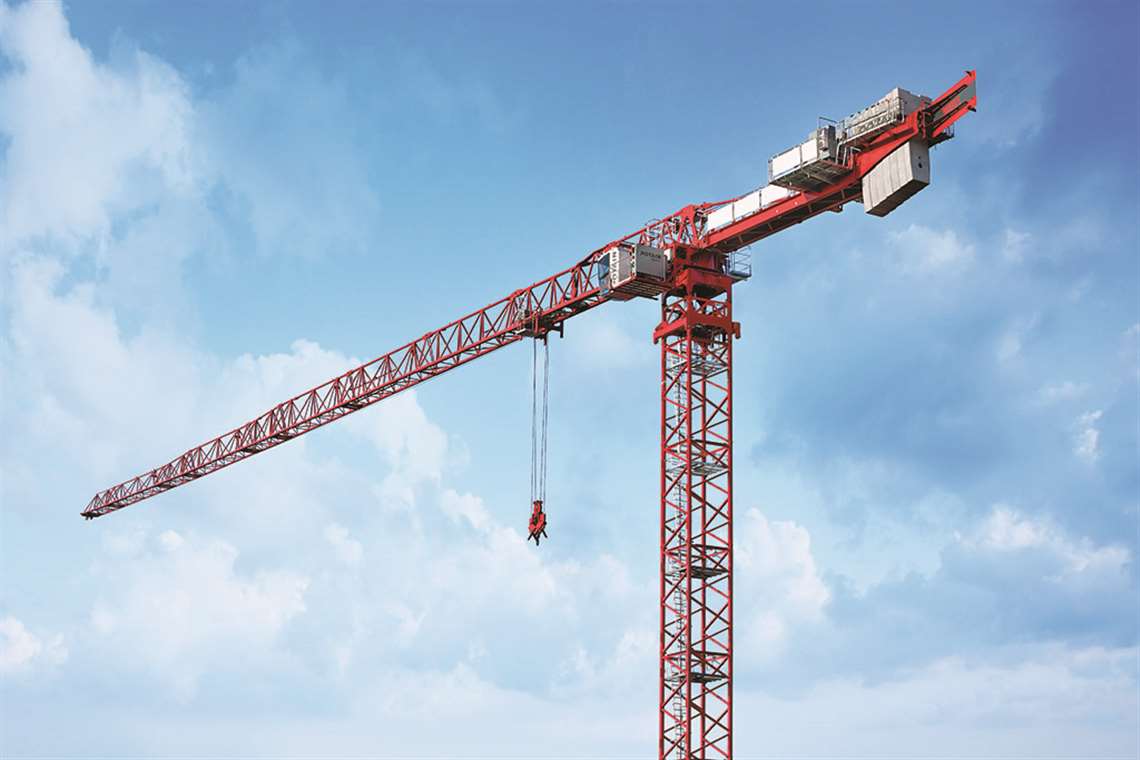 The topless tower crane is simple to transport in standard containers, requiring four to five fewer containers than other cranes of the same size, and can be assembled in half the time, the company said.

Using Manitowoc’s Crane Control System (CCS), the MDT 489 can be set up after erection in just 15 minutes, Potain said. The trolley offers two falls of rope for fast duty-cycle lifting or four falls for heavy lifting. The wire ropes for the trolley can be tensioned and then the sensor recalibrated using push-button controls inside the operator cab. This is ideal for long-term jobsites that require more frequent tensioning.

Customers have the option of the new high-performance 110 HPL winch or the 150 HPL. (The 132 HPL and 180 HPL are available for the North American market). Productivity is dramatically increased with the new 110 HPL, the manufacturer said, as lifting speeds are up to twice that of the older 100 LVF winch.

The MDT 489 combines the capacity necessary for large construction projects with a compact crane configuration, enabling contractors to access more sites and complete the job efficiently and profitably, the company said.