Raimondi Cranes SpA, established in 1863, has announced the newest and most innovative approach to heavy lifting technology, the flattop MRT234. Presented to Raimondi’s exclusive agent network ahead of wider release, the MRT234 has already witnessed strong pre-sales due to its enhanced solution-based design. The MRT234 flattop tower crane officially began shipping in September to fulfil agent pre-sell orders, and has now launched for wider purchasing. 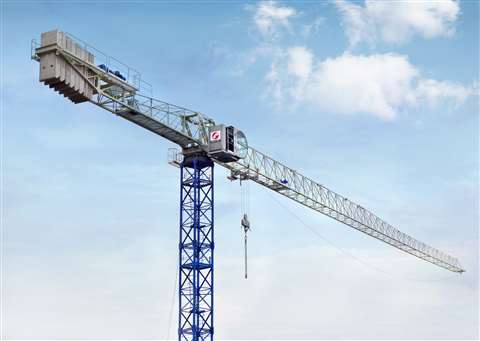 The MRT234 boasts the optimal match of mechanical, structural and electronic control design allowing for increased productivity and safety.

“We are thrilled to launch the MRT234 after months of preparation,” said Eng. Domenico Ciano, technical director, Raimondi Cranes. Raimondi’s R&D team worked with various suppliers for four months to build the prototype, erected in beta in August 2017 at our headquarters in Italy. The final stage of testing took three months including preassembly of the crane, evaluating many different types of configurations and all of the model’s structural tests.”

When working with the MRT234, the crane operator will immediately notice a significant improvement in performance and control. Raimondi has worked to increase the speeds of the slewing and trolley movements, both of which have been improved by approximately 30 percent. Smoothness of motion and heightening accuracy have also been enhanced, ultimately increasing productivity and reducing margin of error. The MRT234 boasts the optimal match of mechanical, structural and electronic control design, that allows for increased productivity, safety, and better user-interface.

“Raimondi’s newest product is heavily geared toward user experience, and these UI/UX centric features pioneered by Silicon Valley’s technology companies, when applied to heavy lifting machinery result in a high-performance product that boasts extreme operator ease onsite,” Ciano said, remarking on some of the new product’s most innovative design advancements.

The Raimondi MRT234 is the newest flattop tower crane in the range with a maximum length jib of 229.659 feet and a maximum capacity of 13.23 tons, with four falls configuration. At the maximum radius, it can lift 2.48 tons in Ultralift mode. Eight different jib length configurations, from 229.659 to 91.86 feet, satisfy all needs in terms of specific jobsite configurations. The MRT234 may be equipped with two different hoisting winches: standard installed power of 45kW or the more powerful 55kW.