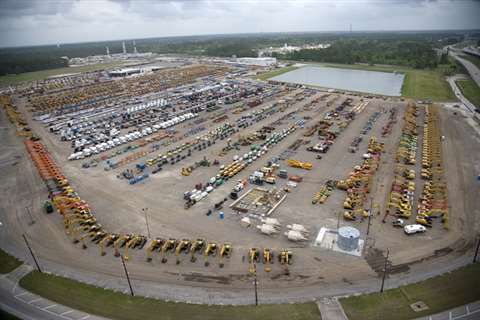 Ritchie Bros. Auctioneers attracted more than 4,400 bidders to the record-breaking US$66 million grand opening auction at its new permanent auction site in Houston, Texas, US March 25-27, 2009.

The unreserved public auction broke every Houston auction record for Ritchie Bros., including total sales, online sales, number of lots sold, number of bidders and number of online bidders, as well as being the largest three-day auction in company history. At the Houston auction, online bidders from 49 countries, including 48 US states participated in the auction. Buyers from outside Texas purchased $34 million of equipment (52% of the total), including $17 million purchased by customers from outside the US (25%).

"Our grand opening auction was a tremendous success: we welcomed a record number of bidders from around the world to Houston, including more than 1,000 first-time customers, and delivered record results for our consignors," said Alan McVicker, Ritchie Bros. regional manager. "The size and location of our new site makes it perfect for our local and international customers.”

Ritchie Bros.' new 130 acre Houston site replaces its 40 acre permanent auction site on I-10 in Houston. Ritchie will sell its former Houston auction site during its next unreserved public auction in Houston (June 3-5, 2009). The 40 acre site will be sold with no minimum bids or reserves.