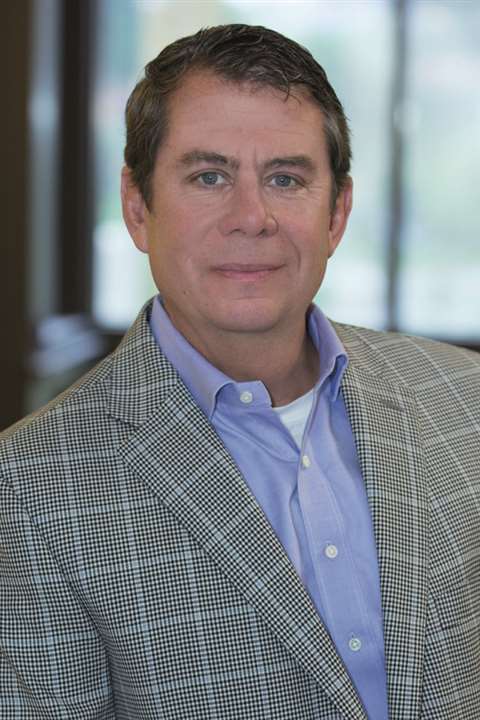 ”It’s about really getting traction in a new way of operating in a new model with our customers. I think the great thing about the combination of the two companies is that now we’ve got the best of both worlds.” -Jeff Jeter, President, U.S. Sales, Ritchie Bros.

This time of year, the post-holiday blues are quickly replaced with auction season excitement. After Ritchie Brothers acquired IronPlanet in early 2017, it’s safe to say the merged companies are ready to hit the ground running in the New Year. The numbers don’t lie when it comes to the success of the purchase, making Ritchie Bros. an auction powerhouse after combining the best qualities of both companies.

A glut of used rough terrain cranes are on the market, and as a result, this class of cranes made up a large portion of the cranes sold at Ritchie Bros. auctions in 2017.

Ritchie Brothers was traditionally a live, unreserved auction business model. IronPlanet had a similar model, but with everything in an online format, including an auction every week.

“We had a little bit different selling method to our customers, as some customers like to manage their assets and dispositions on a weekly or more frequent basis,” said Jeter. “Others love that live, unreserved model. They take the equipment to the live events and that’s just different ways of selling for different types of customers.” 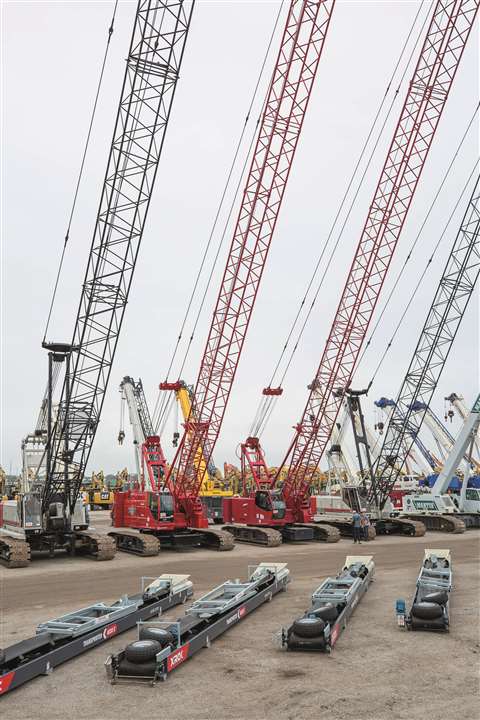 In February 2017 Ritchie Bros. sold more than 100 cranes on one day during the auction, including more than 60 rough terrain cranes, 15 truck cranes and 10 crawler cranes.

Ritchie Bros. has merged its marketplace with IronPlanet’s into a product they call “Marketplace E.” This is a “Buy Now/Make Offer” marketplace versus an auction marketplace.

Jeter said Ritchie Bros. had to think about the combined organization having three core products, a live unreserved auction, an online weekly auction and a buy now/make offer marketplace.

“It’s about really getting traction in a new way of operating in a new model with our customers,” said Jeter. “I think the great thing about the combination of the two companies is that now we’ve got the best of both worlds.”

Ritchie Bros. has also been seeing plenty of early wins where customers are venturing into the new marketplaces, as they may have been previously accustomed to only selling at Ritchie Brothers live or exclusively IronPlanet online, or vice versa. 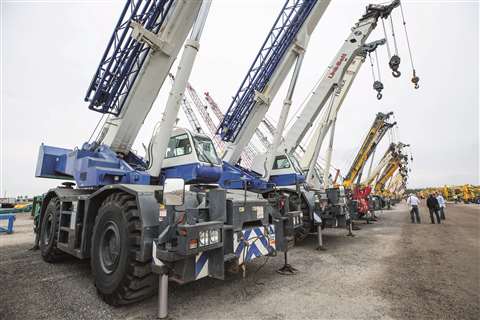 Jeter also spoke to the value proposition of what IronPlanet called the “IronClad Assurance.” This detailed inspection report provides assurance of the condition of the equipment when it is sold. Over time, IronClad Assurance has created trust in bidders and buyers to purchase the asset online without seeing that piece of equipment. Ritchie Bros. is looking to continue to utilize that and inspect equipment in similar ways for those online assets.

“Again, the beauty of the combination is we have all those solutions now and it’s just getting our sales organization comfortable selling that broader suite of solutions,” said Jeter. “So, I think about 2018 is really getting into a real groove of execution of being that trusted advisor to our customers and being very thoughtful about how to sell their surplus equipment.”

Ritchie Bros. will also be gearing up for its huge February auction that will feature massive numbers of a variety of equipment.

“We always have a great selection of cranes available at our massive February Orlando auction,” said Jeter. “Last February we sold more than 100 cranes on one day during the auction, including 60 plus rough terrain cranes, 15 hydraulic truck cranes, 10 plus crawler cranes and more. We expect to see a great selection of cranes at this year’s Orlando auction.”