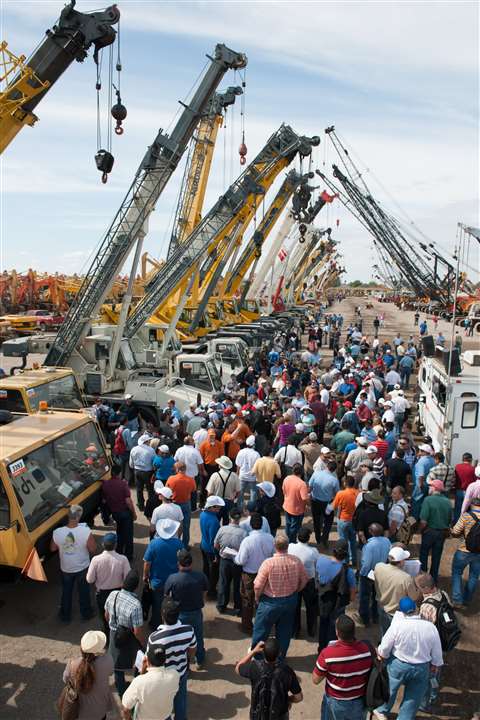 Ritchie Bros. Auctioneers reports that it sold more than approximately $54 million of heavy equipment items during a two-day unreserved public auction at the company's site in Edmonton, Alberta Septem

Ritchie Bros. Auctioneers reports that it sold more than $54 million of heavy equipment during a two-day unreserved public auction at the company's site in Edmonton, Alberta, Canada, September 5-6. Almost 5,000 registered bidders competed for 4,600 heavy equipment items and trucks, including a selection of late model rough terrain cranes, more than 120 T/A truck tractors, more than 75 hydraulic excavators and other equipment.

"This is our fourth auction in Edmonton this year and bidders continue to register in the thousands, prices remain strong and we continue to cultivate a competitive bidding environment both for our buyers and sellers," said Jim Rotlisberger, regional sales manager, Ritchie Bros. Auctioneers. "We had strong prices across all equipment categories."

Almost 5,000 people from 37 countries, including all Canadian provinces and two territories, registered to bid in person or online. Bidders from outside Alberta purchased more than $16 million or 30% of total gross auction proceeds. More than 2,500 of the bidders registered to bid online.