Sany America is putting through the paces two new rough terrain cranes that will be launched in North America in the next couple of months, ACT has learned exclusively. The 75-ton capacity SRA750A is on a test pad at the company’s Peachtree, GA headquarters, and the 100-ton capacity SRA1000A is working at a job on the East Coast. 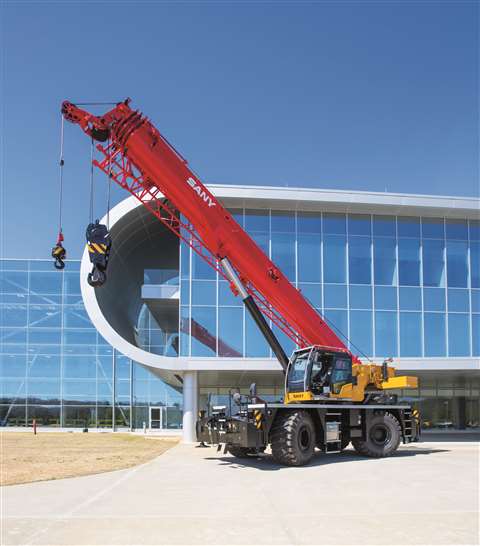 I made a virtual visit to the Peachtree facility in May, with Brian Smoot taking me on a tour of the crane via Facetime technology. Smoot is Sany America’s crane product manager team lead.

“Basically, the two cranes are identical,” said Smoot. “Operation wise and the location of components are the same across both these machines. Boom lengths and the counterweight package are the only main differences. One is 75 tons capacity and the other one is 100 tons capacity.”

Smoot, who spent seven years working in the realm of rough terrain crane design, showed me all around the crane, just as we would have done in person. He is very proud of the new crane, which he thinks is as good or better than any comparable RT in the market. 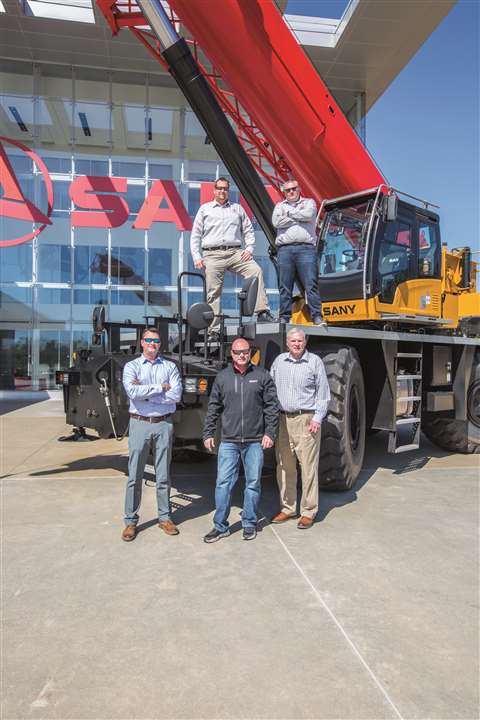 “I think it’s up there,” he said. “It can compete with the best RTs. On the fit and finish, features and specs, we easily compete in the marketplace. Our charts on these cranes fit right in line with the best in class. They are familiar to operate. The LMI system is top notch. I don’t think any other OEM has anything like what we are offering. It has true on-board comprehensive diagnostics which show electrical inputs/outputs, hydraulic pressure readings and multiple CAN-BUS modules for problem isolation. Along with intelligence, safety was our constant goal as RTs are bare rented in many cases.”

While both models being tested are prototypes, Smoot said they are the best looking prototypes he has ever seen.

“We are still making some tweaks and there are a few Voice of the Customer (VOC) adjustments that will be made,” he said. “But we are producing a very customer-friendly, user-friendly crane.”

Also important to the Sany crane team is that when these cranes are officially launched, the product support and spare parts systems will be in place, Smoot said.

“These cranes are going to be very reliable, but when you need something, we will have full service and parts, including after-hours support,” Smoot said.

For both cranes, jib deployment is controlled hydraulically by an operator via remote device, allowing for quick setup at the jobsite. Key components come from well-known suppliers, Smoot said.

For both cranes, power comes from a US Cummins QSB6.7 inline six-cylinder water-cooled, turbocharged and intercooled off-highway diesel engine, complying with Stage V emission standard. Rated power is 284 hp/2,200 rpm and maximum torque is 950 pound-foot/1,500 rpm. The crane has a Dana electronically controlled automatic transmission that features six speeds forward and six speeds reverse, wide ratio range, hill-hold feature for inclines and smooth gearshift with reduced maintenance cost, Smoot said. Axles are supplied by Kessler and both axles are driven and steered. The front axle is mounted to the frame by an independent steel plate, and the rear axle adopts oscillation cylinders with hydraulic lockout. Driving comfort and lateral stability was the goal of the axle design, Smoot said. The cranes feature Bridgestone tires and Rexroth hydraulic systems. 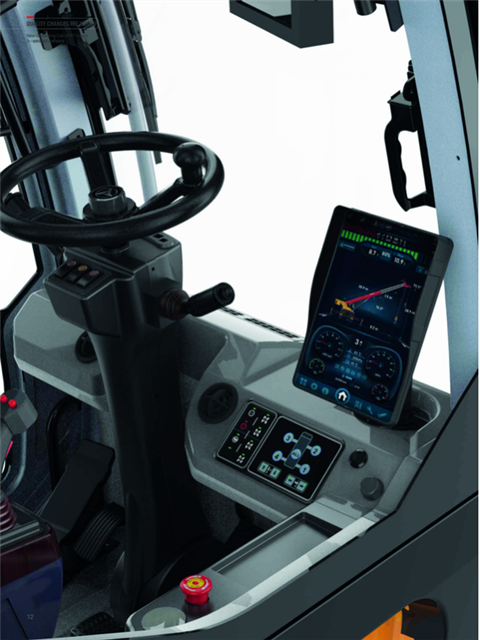 Operator comfort is enhanced with the new cab design that features innovative lighting, mirrors and an easily retractable sliding step, Smoot pointed out. The windowed roof of the cab features its own windshield wiper. It has roof and side handles for easy access. Cab features include a 10.1-inch touch screen LMI, rearview, right-side and winch monitoring cameras, single-finger outrigger control keypad and an ergonomic seat and steering column. At the end of each arm rest are left and right control panels as well as electro-proportional joystick controls. The right control panel has a LMI navigation knob, giving the operator options in how he or she controls the crane. The crane features four steering modes easily operated from the steering control panel, Smoot said.

New models are lighter and stronger

The SRA750A (fully loaded) and the SRA1000A (main unit) each transports under 100,000 pounds fully rigged on one trailer. The inverted trapezoidal variable cross section frame is lighter and stronger, Smoot said.

“This crane has a lot of features, and we are very excited to show it to the market,” Smoot said. “I’m very impressed, overly impressed, with these two rough terrain crane models, and I think the market will respond very positively.”