Suicide in construction: It’s time to pay attention to a growing pandemic.

The construction industry has a suicide problem. Though it may still seem hard to believe – or accept – within a profession where tough-guy characteristics are often recognized far more than vulnerability and emotion, men in the construction and related trades are becoming statistics in a pandemic now reverberating with troubling data and rising victim numbers.

A recent report out by the U.S. Centers for Disease Control and Prevention revealed that the construction industry has the highest male suicide rate of any industry. To that end, according to the American Foundation for Suicide Prevention, the highest suicide rate in the U.S. in 2018 was among males between ages 45 and 54. That data also pointed out that 38 percent of construction workers in the U.S. in 2018 were between 45 and 64. 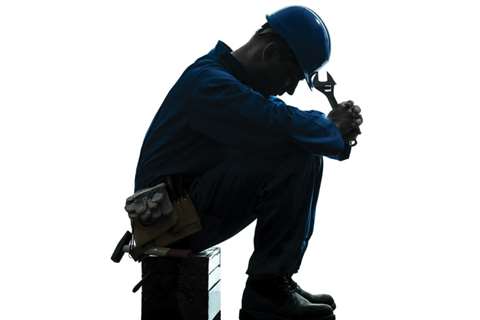 Additionally, elements within the construction culture can play a role in workers not talking about issues that can lead to suicide or not seeking help if/when they need it. Moreover, the often-transient nature of the construction workforce can create an environment in which workers are not as connected to a workplace community.

Add to these factors the emergent opioid crisis within construction – with workers often using the drugs, at least initially, as a means of pain management. Opioid abuse in the U.S. is associated with a 75 percent increased likelihood of suicide.

But while suicide numbers are rising, so is education and awareness. However, it’s on us as industry leaders to not only educate ourselves and our teams, but understand what it takes to make our employees’ mental health a priority.

As a president, manager, supervisor, etc., understanding the triggers of stress that can lead to depression and suicidal thoughts and feelings puts you in a position to help others. Initiating mental health campaigns and providing training could assist all employees with identifying the signs of stress.

While we’re not miracle workers, it isn’t hard to understand that when employees are healthy and engaged, they are more likely to be satisfied and productive at work. Paying attention is a front-line piece to that puzzle. Signs to look out for: chronic tardiness/absenteeism, isolation from peers, increased alcohol and substance abuse, mood swings/behavior changes, inferior work performance and chronic physical pain.

With that in mind, how can we create a supportive environment where people are able to bring their best selves to work each day?

Listen: Often, all a person may need is someone to listen and understand what they are going through. In many cases, simple discussions can lead to long-term solutions. Human connection is one of your most effective tools in this case.

Ask direct questions: It’s important to be direct about the topic of suicide and to approach it in a way that is compassionate and empowering – to let the person know that someone is there for them to provide them partnership and support throughout their struggle.

Direct them to qualified resources: Once you’ve started the conversation and brought underlying issues to the surface, the important next step is to put the person in touch with the appropriate resources. Three big ones: the National Suicide Prevention Lifeline, Construction Working Minds and the Substance Abuse and Mental Health Services Administration.

According to Suicide Awareness Voices for Education, 80 to 90 percent of those who seek treatment for depression are treated successfully through therapy and/or medication. By taking these steps and being proactive in the way they approach issues like depression and suicide, employers, workers and safety professionals can help stem the tide of suicide in the construction industry and provide people the assistance they need.