SC&RA is teaming with leaders who exemplify the Association’s core values and long-term mission. But what about the next generation? Where will they come from, where are they now and how do they plan to do their part in strengthening the Association while continuing to push it productively forward in the years ahead? 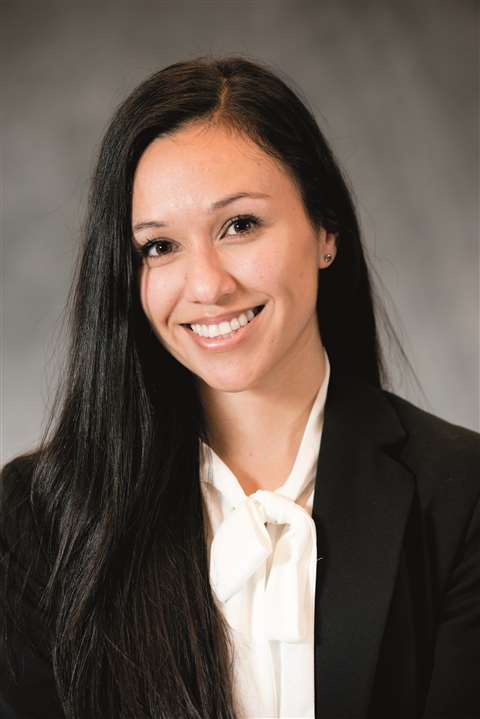 SC&RA membership continues to foster an inclusive environment for the next generation of leaders to learn, connect and influence the positive regulatory direction of the industry. This year’s class of 4 under 40 recipients highlight the experience, dedication and ambition of what the industry will experience for years to come.

Cynthia Loza grew up on the outskirts of Los Angeles, CA, where her youth was cultivated by the image of a father working in the trades. It wasn’t long after she graduated from Whittier College that an opportunity to prove herself emerged – and for a young woman who’d grown up sharing the dinner table with blueprints, she was eager to roll up her sleeves.

“I graduated with a B.S. in psychology from Whittier in 2013,” she said, “and landed my first job as a social compliance auditor for UL [a global safety certification company]. For three years at UL, I conducted factory audits across the U.S., and internationally.”

It was during this time that Loza, currently the safety manager at Buckner Heavylift Cranes in North Carolina, was drawn into the industry. “In July of 2017, I came across Buckner – through their safety coordinator position posting,” she explained. “After looking into the company, I knew this would be a great place to start a career.”

While overseeing the safety program at Buckner, Loza has also earned an associate of science degree in occupational health and safety from Columbia Southern University. “I truly enjoy working with everyone here – all of whom have been eager to participate in every new safety endeavor we’ve presented,” she said.

In August of 2018, Loza attended the SC&RA Crane & Rigging Workshop. “I was blown away; SC&RA has made so many incredibly helpful resources available to me, and without a doubt, has impacted my professional and personal growth.”

To that end, Loza plans on returning the favor. “I look forward to joining the Crane & Rigging Group Safety Education & Training Committee and seeing what opportunities are available to make a positive and lasting impact in the Association as well as the industry.”

A Georgia boy through and through, Will Haymons currently serves as the heavy haul project manager with Bennett International Group in McDonough, GA. He grew up just south of where he now enjoys a career and graduated from Clayton State University with

a major in business management and a minor in logistics.

“I came out of school and worked with a company called Jones Petroleum here in Georgia – eventually landing in fuel truck dispatching,” he explained.

Haymons arrived at Bennett in 2011 and didn’t look back. “There’s simply never a dull moment in this industry; you can move the same load five times and encounter five different issues,” he said. “Everything’s constantly changing – I’m never bored.” 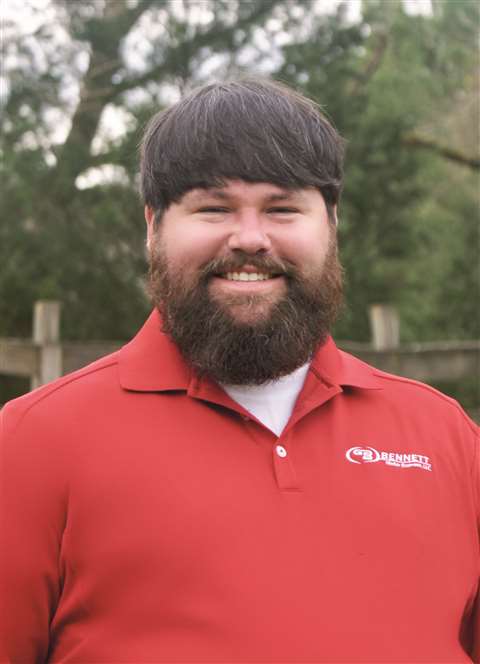 Haymons, a newcomer to SC&RA, attended his first event at the 2018 Specialized Transportation Symposium in St. Louis, MO, and participated in the Leadership Forum. Like Loza, he definitely sees himself plugging in when the opportunity presents itself.

“The networking opportunities (at meetings) are second to none; there’s no other place where you can get in there and talk to state officials, talk to law enforcement,” he stressed. “Those face-to-face meetings have helped me out of jams more than once, and I’m honored to be a part of SC&RA moving forward. Having those relationships and moving the industry forward is an irreplaceable opportunity, and you can’t have those relationships without SC&RA.”

He also isn’t blind or immune to the challenges at hand for both his employer and his industry. “The biggest challenge I see from my vantage point is obviously qualified drivers,” he added. “We’re doing our part at Bennett – going to events, reaching out to young drivers through social media. We even have a recruiting team and a van now. But it’s the biggest thing we face here.”

Ryan Long, regional operations manager at Irving Equipment Limited in Saint John, New Brunswick, Canada, also recognizes a challenge – on both the operational and managerial side of the industry: work-life balance. “We have incredibly loyal employees here that will never let a job go undone, but as a company, we are cognizant that it takes a toll on their home life,” he maintained. “As a company, we are working to improve this by expanding our in-house training on machines, while still balancing the cost of carrying extra people to make it all work.”

Born and raised in Saint John, New Brunswick, Long was the first in his family to attend college and graduated from the University of New Brunswick with a bachelor’s degree in science (biology) – later receiving his master’s certificate in project management, as well as an MBA in 2015 (all while working).

As it happened, his mother was working a temporary receptionist position at Irving in 2003 when she let Long know about a dispatch helper position that had recently opened up. He was just 20, and still in school, but quickly devised a resume and got the gig.

“When I arrived, the dispatcher couldn’t be happier to see some relief and probably only trained me for a week,” he admitted. “I learned by the ‘sink or swim’ method.”

Long was offered a full-time position upon graduation and started on the Monday after his last exam. His first exposure to SC&RA was through reading KHL Group magazines as a junior employee. 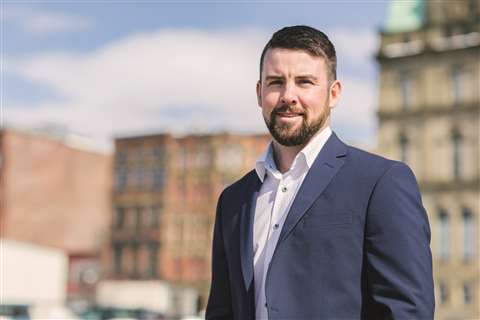 “I loved reading about the incredible jobs and new equipment,” he said. “After reading for many years, I saw the ad looking for applicants into the 2018 Leadership Forum and just went for it. When I got accepted into the Forum, I was thrilled but also nervous and really didn’t know what to expect.”

Like Haymons, the event in St. Louis had an indelible impact on Long. “It was unlike anything I’ve experienced in the past. I was really impressed with the caliber of heavyweight industry mentors that volunteered to take part. I really love the industry; if there is some way that I can help to make it even better, and make a bit of a mark, I’m all for it!”

Anthony Garcia echoes Long and sees the Association as a vehicle for members that want to keep their finger on the pulse of the industry while developing key relationships. As VP of Operations at Mammoet, he is also “getting his feet wet” on the SC&RA Transportation Safety, Education & Training Committee.

“Their member base often has unique challenges,” he pointed out. “The Association understands this very well and puts that to use through its advocacy.”

Garcia spent the majority of his youth in Texas and attended the Air Force Academy preparatory school before graduating from Texas A&M with a mechanical engineering degree. He entered the industry by chance, meeting with Mammoet at a Texas A&M career fair.

“The guys from Mammoet were full of passion when they spoke about their work. I really liked the energy, atmosphere and people when I visited their office in Rosharon [TX].” 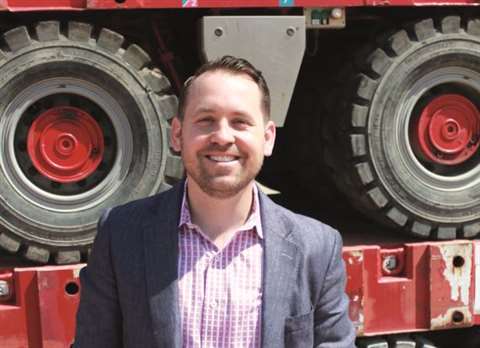 Similar to Long, Garcia’s career with Mammoet started right out of college. “I’ve been here ever since,” he confirmed. “My team and I are responsible for Mammoet’s North American branch activities.”

With that in mind, putting the right people in place – within a specialized industry – is an ongoing challenge, he believes. “Willingness to discuss these challenges openly is a first step, and SC&RA is a collaborative environment for that. I was unaware of the reach that SC&RA had within the industry until I started taking a more active role. All the companies who are actively involved here really believe in contributing for the greater good.”