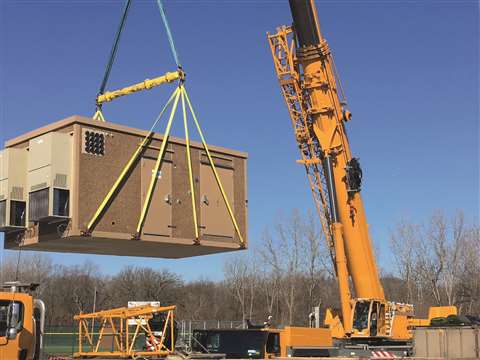 On May 21, 2018, the Occupational Safety and Health Administration (OSHA) printed a Notice of Proposed Rulemaking (NPRM), Docket ID-OSHA-2007-0066, RIN 1218-AC86, Cranes and Derricks in Construction. The NPRM permanently clarified and extended an employer’s duty to ensure crane operators are competent by means of training, certification or licensing and evaluation. Due to the complexity of the proposed rule, OSHA extended the deadline for comments until July 5, 2018.

Since the promulgation of the Cranes & Derricks in Construction Standard in 2004, SC&RA has consistently maintained the position that it has always been, and should remain, an employer’s ongoing duty to train and qualify their operators. On behalf of its members, SC&RA submitted formal comments addressing specific issues within the NPRM. SC&RA stated that it supports the requirement for employers to evaluate their operators and operators-in-training; however, it does not support a prescriptive list by which employers must evaluate their operators, nor does it support the requirement for independent third-party evaluations.

“We feel that it is the employer’s responsibility to make sure their employees know how to operate the piece of equipment they are assigned to,” said SC&RA’s Beth O’Quinn, senior vice president, Crane & Rigging. “A certification, while it establishes minimum guidelines, does not establish that the person is qualified.”

In its letter, SC&RA also supported the change of requiring crane operator certification “by type and capacity” to certification “by type and/or type and capacity.” Additionally, the Association supported the requirement that a trainer should be a “qualified person” (as currently defined within the standard: Qualified person means a person who, by possession of a recognized degree, certificate or professional standing, or who by extensive knowledge, training and experience, successfully demonstrated the ability to solve/resolve problems relating to the subject matter, the work or the project). To that end, SC&RA does not support the requirement for additional qualifications, such as number of seat hours, previous operation of specific equipment, etc. 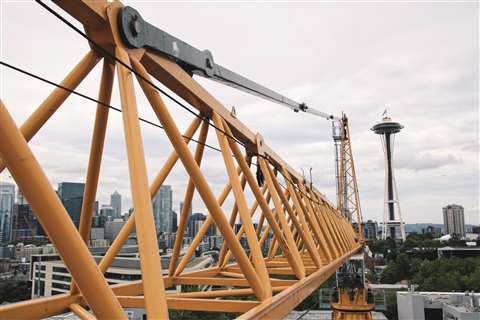 SC&RA thinks that it is the employer’s responsibility to make sure their employees know how to operate the piece of equipment they are assigned to.

In a letter of its own to the OSHA Docket Office on July 5, the Coalition for Crane Operator Safety (CCOS) – a group of national labor, construction management, equipment manufacturers, insurance underwriters and accredited certification organizations dedicated to ensuring swift and effective resolution of the OSHA requirements – agreed with SC&RA in support of the change to “certification by type and/or type and capacity.”

In September 2014, CCOS, of which SC&RA is a founding member, noted in a letter to then-U.S. Labor Secretary Thomas Perez: “Union and open-shop subject matter experts agree that certification by capacity provides no additional safety benefit beyond third-party verification by type.” And during a March 2015 meeting of the Advisory Committee for Construction Safety & Health, CCOS noted that it was unanimously agreed to recommend that OSHA clarify the requirement for certification so that certification can be by type or by type and capacity.

The members of CCOS are united in their view that, finally, after almost fourteen years since the Crane and Derrick Negotiated Rulemaking Advisory Committee (C-DAC) published its recommendation (July 2004), crane operator requirements should be put in place in November.

Chip Pocock, an original member of C-DAC and currently vice president, Safety & Risk Management, ASPE-South LLC, was nominated to represent the Steel Erectors Association of America in 2002 and participates in CCOS matters.

“I don’t think there’s any question that certification saves lives and reduces accidents – the data is clear,” he noted. “I’m not going to stick just anyone in a fourteen-million-dollar machine simply because they have a CCO card. We’re going to do our due diligence on this person to make sure they know what they’re doing.” 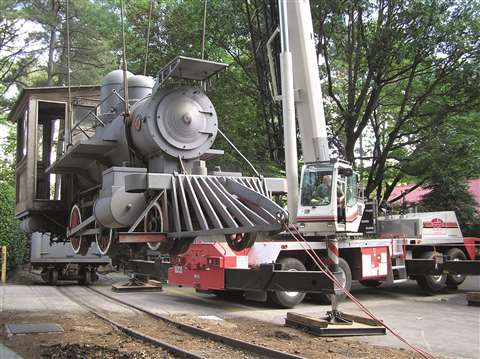 According to the International Union of Operating Engineers, the proposed rule could deliver annual savings of up to $209.3 million to the industry.

Ultimately, Pocock added, an OSHA citation is the least of someone’s worries when it comes to liability. “So, I hope the Department of Labor comes back with something that allows folks some flexibility in how people qualify their operators – give them some general rules and guidelines as to how to qualify people and not the same thing for everyone.”

James T. Callahan, general president, International Union of Operating Engineers (IUOE), echoed a similar response in a letter to the Department of Labor/OSHA on July 5, citing some enlightening numbers.

“Based on the analysis in the rulemaking process, it is clear that the proposed rule will deliver dramatic benefits to the industry, with annual savings of 209.3 million dollars,” he maintained. “Over two hundred million of that savings will be derived from avoiding injuries and fatalities. Additional savings will be derived by the avoidance of project delays, damage to cranes and structures and lost productivity from crane tip-overs.

“The industry also expects to save fifty-one million dollars in liability insurance costs by having certified operators. The IUOE reminds the regulatory and regulated community that, according to OSHA, the proposed rule would prevent one hundred and seventy-five injuries and twenty-two fatalities per year.”

Among a substantial list of considerations, OSHA also solicited public comments about the decision not to provide more specific objective criteria for evaluation of crane operators. SC&RA supported that decision due to the fact that “one size fits all” is infeasible for companies operating within the construction industry.

“Each company has its own business model and scope of work,” O’Quinn pointed out. “To require each to evaluate their operators to a list of specific criteria is impractical and will not accomplish the goals and purposes of the evaluation. For example, to require all companies to evaluate their operators on the use of jibs would be burdensome and unnecessary to companies who do not utilize jibs on their jobsites.”

Additionally, OSHA is considering deleting the requirement for operator recertification every five years, and solicited public comments about whether this requirement is necessary, or alternatively, whether compliance with proposed §§ 1926.1427 (b)(5) – Retraining, and 1926.1427 (f)(5) – Re-evaluation, would be sufficient to ensure operators continue to operate cranes safely after being certified, trained and evaluated.

SC&RA does not support the deletion of operator recertification, as recertification establishes an independent and impartial baseline of ongoing assessment, and supports the employer’s obligation for continuing education and training on important national industry standards and government regulations.

“The next stage we would normally see in typical rulemaking would be a Final Rule,” explained Graham Brent, CEO, National Commission for the Certification of Crane Operators. “But as we all know, the long and winding path that this rule has taken to this point has been anything but typical. In view of the imminent existing (November) deadline and the likelihood (acknowledged by OSHA itself in its request for an additional six months to prepare the

Final Rule) that OSHA will not have completed its work on the rule by then,

I would think the next thing we would see would be a notice from the Directorate of Construction that would postpone enforcement of the operator certification requirement.”

Brent added that he thinks it’s particularly important to emphasize

that this requirement is coming – maybe this year, maybe next – but it’s coming, “… and anyone who has not yet stepped up and met it should start the certification process without delay. Procrastination is a pretty poor reason to be shut out of work for want of a federally required crane operator certification card.”

To that end, Pocock supports SC&RA’s position, however it shapes out in November.

“My former boss, Doug Williams, and I were the only two members from the same company on the Crane and Derricks Advisory Committee, and we’ve had the pleasure of seeing how SC&RA works for the benefit of the industry and its members – and in this case, they are certainly on the right track.”