SC&RA will be moving back to live meetings in 2021 – starting with the January Board and Committee Meetings.

Most Americans can agree that 2021 will be a reset year. And SC&RA will take the first step towards productively pushing the reset button by moving back to live meetings in 2021 – starting with the January Board and Committee Meetings, set for January 6-9, at the Sun Valley Resort in Sun Valley, Idaho.

The first in-person event for SC&RA in 2021 will be the January Board and Committee Meetings that will be held January 6-9 in Sun Valley, Idaho.

Recognizing that it’s ultimately a balancing act, but also keeping health and safety as a top priority, the Association is continuously listening to reputable resources and following both government and private guidelines to responsibly maintain operations through COVID.

Each live event in 2021 will follow CDC as well as local and state guidelines, including social distancing, mandatory masks, hand-sanitizing stations, a no-handshake policy and utilizing as many outdoor spaces as possible for activities.

“SC&RA’s final decision to go in-person for 2021 was based on a number of factors, including member feedback, internal discussions, news and reports on the decrease of workforce in our industry,” said Director, Meetings, Surian Choi. “We see the need for our industry to bring back employees and to have face-to-face networking in order to boost sales – and we believe it’s possible to host events with the proper precautions in place.”

SC&RA has developed SC&RA Safe® Protocol – a set of measures that align with the Centers for Disease Control and Prevention, state and local jurisdiction health guidelines and hotel biosafety measures. Not all events will feature the same biosafety precautions, as each city and jurisdiction is approaching COVID-19 measures differently. However, the SC&RA Safe® Protocols are designed to enhance health and safety measures to reassure attendees and increase confidence in attending in-person events.

SC&RA CEO Joel Dandrea pointed out that national trends indicate venues in the meetings business are beginning to open up again, but confirmed that the Association is moving forward with both caution and appreciation. “We recognize that we have to respond to all of our members in different ways,” he explained. “That said, we’ll be one hundred percent respectful and understanding of those members that can’t or won’t travel. But for the others who can, we’re responding accordingly.”

Dandrea is also aware that 2021 meetings likely won’t boast record-setting attendance numbers, but he’s okay with that. “Again, we’re responding to all members and doing the absolute best that we can given the challenges and the circumstances,” he said. “We’re working hard to make this as familiar and productive as possible while considering the complexities.”

He added, “We took some risks in September with the Workshop and some folks were very satisfied and some weren’t, and we get it. We tried to do things beyond what other groups were doing in order to reach higher and try harder. One key takeaway was that the mass of members still recognize that there’s no substitute for live events, and that’s why we’re going back in that direction – as safely as possible.”

Dandrea also emphasized that for board and committee members who have prescribed attendance requirements, those will be waived for 2021. “We will also consider options for those who seek professional development and education opportunities, but who cannot travel, by utilizing the SC&RA Training Center,” he said. For more information on live events in 2021, visit www.scranet.org.

Change being what it is, live events won’t be the only transition at SC&RA in 2021. Members will notice a new face on the leadership side, as incoming Vice President, Transportation, Chris Smith replaces Steven Todd – who spent nearly eight years at the helm of all-things transportation with SC&RA. Smith takes over for Todd this month. 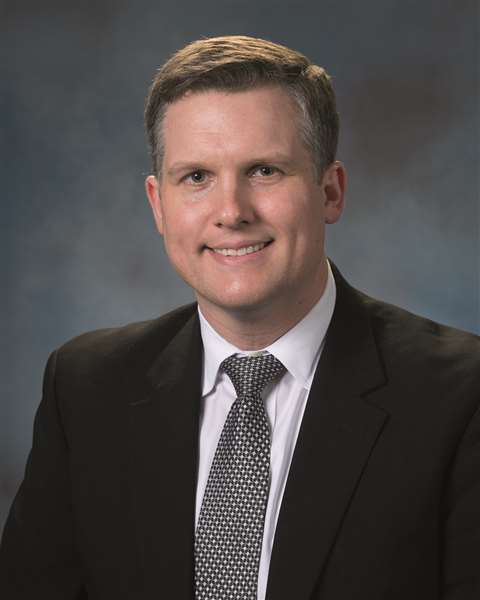 Born and raised in Tampa, FL, Smith earned his undergraduate, as well as his master’s degree in public administration, from Florida State University.

“Being in Tallahassee, I had a summer stint in graduate school working in the Florida DOT permit office,” he remembered. “Leaving that job, I thought to myself, that was interesting, but I don’t know if I’ll ever do that again.”

Not long after, he landed a professional position as vice president of public policy with the Greater Tampa Chamber of Commerce.

“That was my first exposure in advocating for businesses, economic development and transportation – which ultimately set the course for my career.”

In 2008, Smith moved to Northern Virginia and took a job with AASHTO (American Association of State Highway and Transportation Officials) in Washington, D.C., first supporting, then managing, the freight program for all its members, including the Committee on Highway Transport (COHT).

“Through that work, I was involved with rail transportation, maritime transportation and trucking,” he said. “It was COHT where I got my second stint in doing permitting, heavy load issues, economic development and transportation.”

The AASHTO position allowed Smith to immerse himself in the world of permitting, over-size/over-weight, logistics, freight transportation and more – all the while juggling similar responsibilities in maritime and rail. In 2016, he relocated to Richmond, VA, and took a position with the Virginia Department of Rail and Public Transportation (DRPT).

“I took my rail experience from AASHTO and brought it to Richmond,” he noted, “and since then, I’ve been the director of policy and communications for DRPT, which involves federal and state legislative advocacy, media and marketing, but exclusively, passenger rail, freight rail and public transportation issues.” Through his career, Smith became familiar with SC&RA.

“In fact, I worked closely with Steven Todd and Doug Ball prior,” he indicated. “I met Doug years ago, when he routinely attended the trucking committee at AASHTO, and that’s how I learned about SC&RA and how engaged they were with state departments of transportation. And Steven was a member of mine with the Illinois DOT, so I worked with him there, as well as on the industry task force with SC&RA.”

When Todd made SC&RA aware that he’d be moving on, CEO Joel Dandrea reached out to Smith. “We had a great conversation,” said Smith. “I explained that I felt I’d done all I could do in rail and transit here in Richmond, but I was interested in doing more on the advocacy and policy side. It brings my career full-circle, merging transportation, economic development and policy work.”

Smith looks forward to both representing and enhancing the legacy that Todd leaves behind.

“Absolutely,” he stressed. “I like to think of myself as a translator; I’ve worked in the private sector as well as government. I speak the various languages, and I really enjoy being able to move in and out of both worlds and support the needs of both – which don’t always align. One of my passions is the belief that transportation is a huge driver of the economy – a huge opportunity for so many people all over the country. UPT2021 for example – I believe my background and network will allow me to convince more states to push more towards full automation of permits, continuing to build on the great work that Steven Todd was able to initiate.”

Smith is also excited to build on SC&RA relationships both north and south of the U.S. border. “My undergraduate degree was in international relations, and I’m thrilled to finally be able to use it!” he confirmed. “Especially in Latin America, I want to continue to build on the Association’s hard work. If we can help the many specialized transport and construction companies in those regions, while expanding our network in the process, it’s a net positive all the way around.”

As for what he’d like members to know before he gets to see them in person, Smith keeps it simple. “We often want to land in a career that doesn’t feel like work. I think about each step along my journey, and how I can bring everything I’ve gained along the way to support SC&RA members’ needs. I love what I do; I’m passionate about understanding how government and companies are motivated, what their needs and constraints are. I want to problem solve. I’m really looking forward to being an effective voice, and having a long-term positive impact on both the Association and the industry at large.”