The emergency bailout of Bear Stearns by the Fed and JP Morgan Chase in March showed the banking sector was yet to recover from the effects of last year's sub-prime mortgage crisis and the credit squeeze that has followed.

Problems are still being felt outside America too. In early April two of Europe's biggest and most respected banks – Switzerland's UBS and Germany's Deutsche Bank – announced write-downs totaling $23 billion. In fact the $19 billion hit that UBS took was enough to cost superstar chairman Marcel Ospel his job.

But unlike last year when panic gripped the markets following the departure of people like Stan O'Neal from Merrill Lynch, share prices held fairly steady in March.

As our graph for the year to the start of April shows, there has even been some rebound in the markets recently. All three major indicators, the Dow, NASDAQ and S&P 500 have moved up from the lows they hit in March.

Indeed, the Dow is almost back to a break-even position compared to where it was a year ago. However, the S&P 500 and NASDAQ are still a good 6 to 7% in the red.

By contrast, the heavy equipment sector is looking buoyant. It rebounded quicker than the main indicators, and held onto those gains well in February and March while other sectors were still falling or bottoming-out.

As it stands, ACT's Heavy Equipment Index (HEI) remains about 20% higher than it was a year ago. The index is also showing a lot more stability now than over the last six months or so, where there were sharp daily movements.

This lessening of volatility is a positive sign, because it suggests that a degree of calm is returning to the markets. This is something that our graph illustrates well, with the ACT HEI's red line swinging much less wildly in recent days.

One way of putting some figures on this is to look at the standard deviation of the value of the ACT HEI. Standard deviation is a tool used by statisticians to measure the spread of values of a set of numbers. Without getting too heavily into the math, the volatility of the HEI at the start of April was about a third of what it was at the height of the stock market nose-dive in late January.

At the same time, looking at standard deviations also shows that trading conditions and volatility are still not back to “normal”, but it has to be said there has been a market improvement.

It is encouraging that the markets are calming down. What's more encouraging is that they are weathering bad news much better now than they did a few months ago.

Of course it remains to be seen whether the banking sector has got all of the skeletons out of its closet. It is simply too early to say whether the worst is over. Even if it is, given that the first quarter has been so grim, it will be 2009 at least before banks return to decent levels of profitability.

A strong rally is out of the question, but there is at least some light at the end of the tunnel. 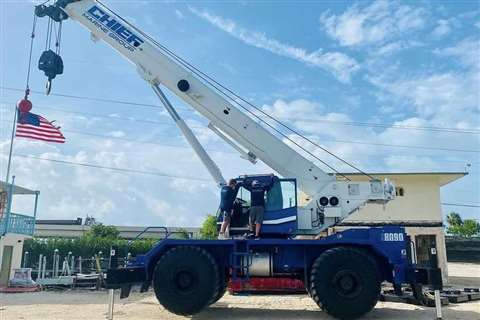