Although the Space Shuttle program ended in 2011, lifting and moving the huge spacecraft was a legendary project for the companies that landed the opportunity.

One of the most revered jobs over the past 40 years was anything to do with the NASA Space Shuttle. 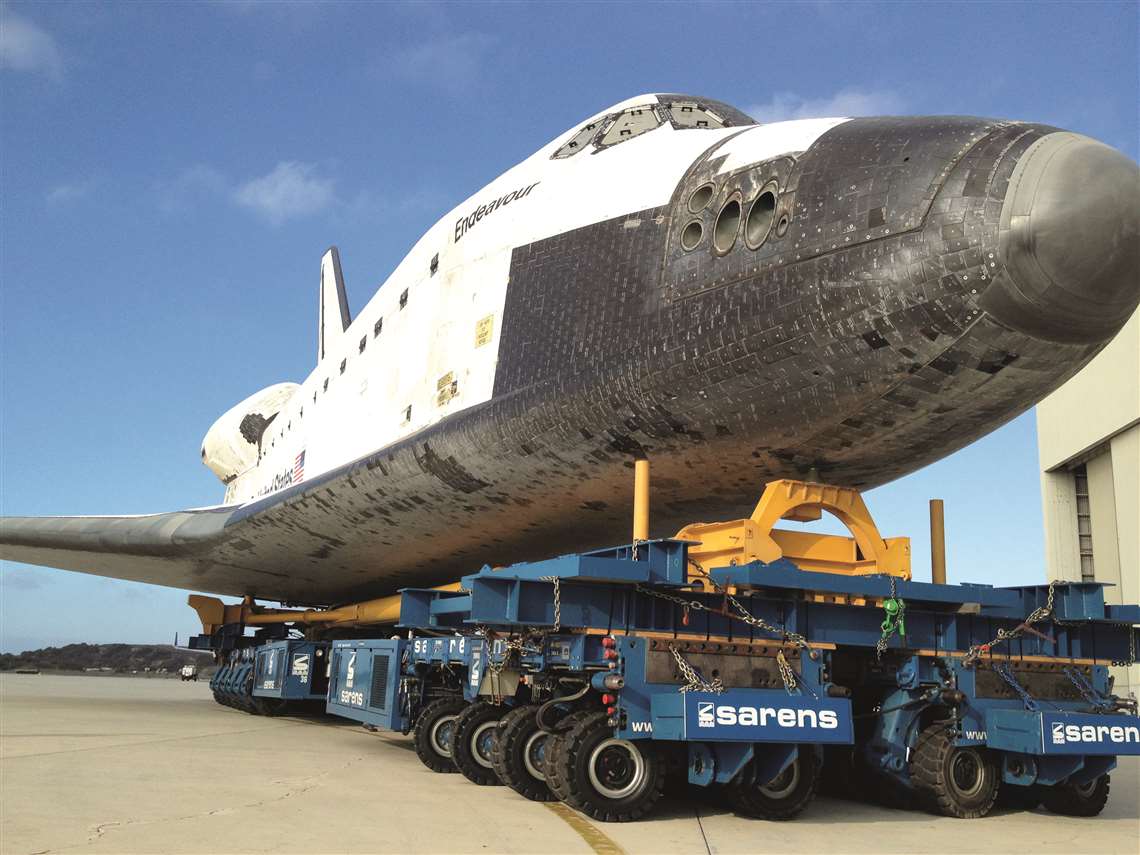 While the huge spacecraft was still in operation, many companies had the opportunity to work with NASA to lift, move or haul the revered spacecraft or to work on various Space Shuttle systems such as the launch pad at Kennedy Space Center. Gantries, transport systems and cranes were employed on these special projects that were engaging and provided worldwide exposure.

Several times jobs involving the Space Shuttle landed on the ACT cover. The first time was September 2005, the fourth issue of ACT. That article covered the Shuttle Mate/Demate Device, (MDD), which was a specialized gantry system that was developed to hoist the Space Shuttle atop a specially modified Boeing 747 (known as the Shuttle Carrier Aircraft), on which the Space Shuttle flew piggyback to and from the various space centers. 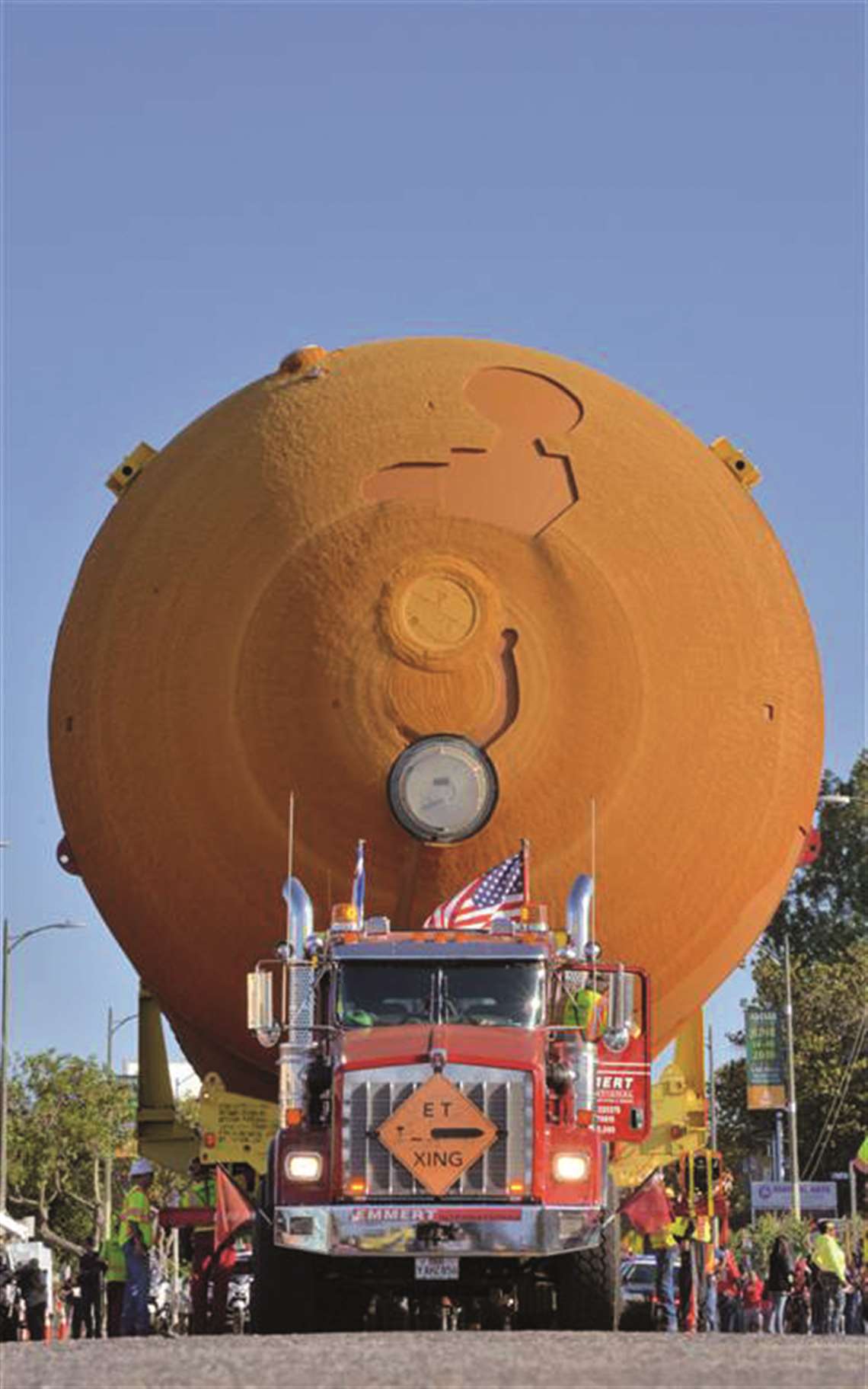 When Space Shuttle landings were diverted, crane companies were called on to lift the orbiter atop the Shuttle Carrier Aircraft (SCA). These were coveted jobs that generally landed the crane company on the front page of newspapers across America and on crane OEM calendars. The same lifting beam and sling used in the MDD would be rigged to two cranes, which would then lift the Shuttle on top of the airplane.

When the Space Shuttle was retired in 2011, that’s when a select few companies got in on moving the various Space Shuttles to museums throughout the U.S. A couple of these epic jobs earned SC&RA Job of the Year awards.

Sarens and Rigging International won a JOY award for transporting the Space Shuttle Endeavor from LAX to the California Science Center. More than a million spectators watched this national treasure (which weighed 150,000 pounds, had a 78-foot wingspan and was 125 feet long) creep 14 miles on 20 axle lines of SPMT. At the museum, the Endeavor was hoisted into launch position, complete with its solid rocket booster. Emmert International hauled the 66,000-pound, 155-foot-long external fuel tank to the museum. 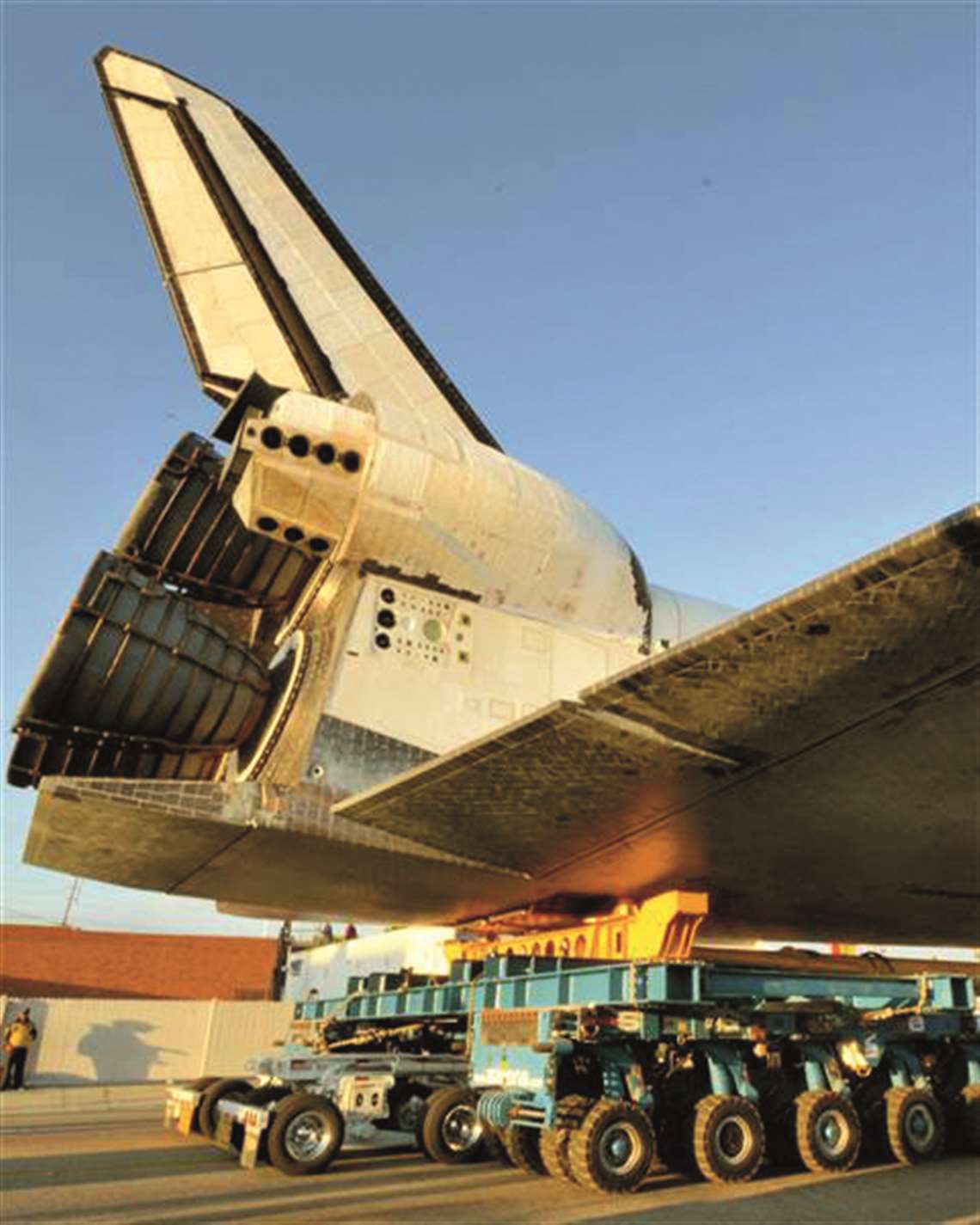 When the Space Shuttle program ended, the Boeing SCA gave the remaining shuttle fleet a final ride to the cities where they would become museum exhibits. Houston, home to NASA’s Mission Control Center for the Space Shuttle program, wasn’t initially chosen for a Space Shuttle exhibit. After a lot of wrangling, it was decided Houston would get a Shuttle replica. Curators also wanted one of the SCAs. They decided to mount the shuttle replica atop the SCA in the ferry flight configuration. Using its Goldhofer SPMT, Palletized Trucking hauled the SCA from Ellington Field Airport to Space Center Houston.

NASA’s Space Shuttle program inspired the use of new and modified specialized lifting and transport equipment. The Shuttle’s solid rocket boosters were moved around the space center using a transport system developed by TII Scheuerle. 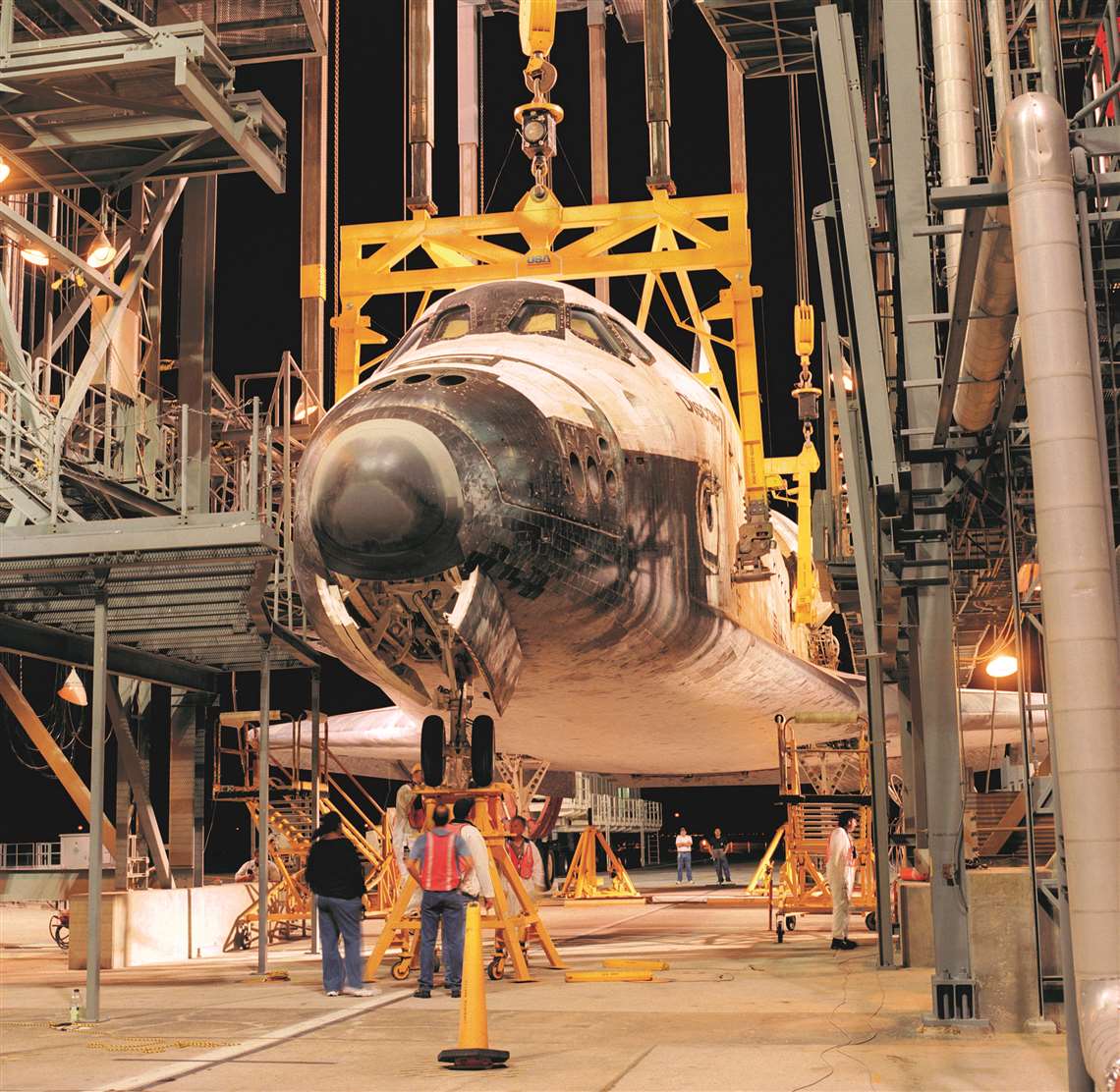 The ATK Transporter featured a six-line front and rear unit.