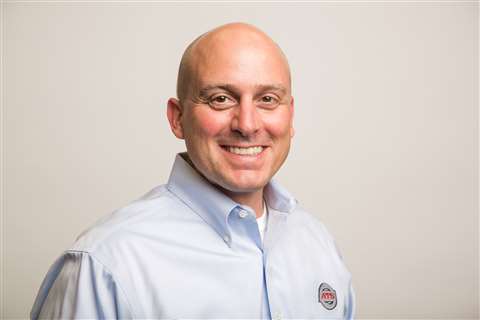 ”I can’t say enough good things about what SC&RA membership is capable of doing. They lock arms to solve tough issues and put in endless volunteer hours to not only help out the industry, but also one another.” -Gary Stang, Senior Vice President/General Manager, Anderson Trucking Service

Born and raised in central Minnesota, Stang grew up with his mother, father and sister on the edge of a small town “… just off the blacktop.” Both of his parents were farm kids growing up, so he got a lot of exposure to wildlife and the outdoors.

His parents also instilled a strong Christian faith and work ethic, which he continues to appreciate today.

In 1991, Stang received a business management degree from St. John’s University in Collegeville, MN. He had also run a commercial lawn-care business while in school, which allowed him to pay for half his tuition and graduate with very little debt.

After graduation, he continued with the lawn-care business until landing a marketing gig with Carlson Companies, a large, privately held hospitality and travel program company out of Minneapolis. While he truly enjoyed his work, the big city just wasn’t for him, and so, along with his then-fiancé, Jill, Stang decided to look for a career closer to home. I recently sat down with Stang to discuss how those early years formed the foundation for his pathway into the trucking industry, and how that path has led him to productive, successful work at both Anderson (ATS) and the SC&RA.

You were looking for an opportunity close to home, which led you to Alaska?

Indeed. I came across a one-inch by one-inch ad in the back of a newspaper that read “K&W Transportation has an opportunity in Alaska Customer Service” and a phone number. Low and behold, it was a wholly owned subsidiary of St. Cloud-based ATS. I interviewed in late fall and started in January 1993. Within two months, I was up in Alaska working customer service and terminal operations in the Port of Anchorage.

You also found an incredible mentor at K&W. I did. Paul Wilson did so much for me. He was like the best big brother ever. He pushed me and challenged me for the three months I stayed there. I’m convinced that it was Paul’s passion for transportation that had an everlasting impact on me. For several years after, he was always there for me to lean on for support. I admit, I left a small piece of my heart in Alaska.

You returned to Minnesota and married Jill in October 1993. How did your role at Anderson evolve?

I had friends and extended family who drove trucks, but I never gave much thought to the broader picture. My passion grew stronger each day in realizing that my personality fits really well with the down-to-earth drivers and staff and customers I would be working with each day – people who appreciate a job done right, but in a partnership fashion. Trust is a huge part of being successful in transportation, and that resonated with me.

That said, the Andersons have always challenged me to take on more responsibility. I’ve enjoyed five completely different roles within the company: K&W/Intermodal, ATS Vans, ATS Logistics/Sureway/3PL and my current role as senior vice president and general manager for ATS Specialized and CEO of a wholly owned subsidiary in Waterloo, IA, named Warren Transport. Additionally, I oversee the ATS Corporate Aircraft Department and sit on the 401K Investment Committee. 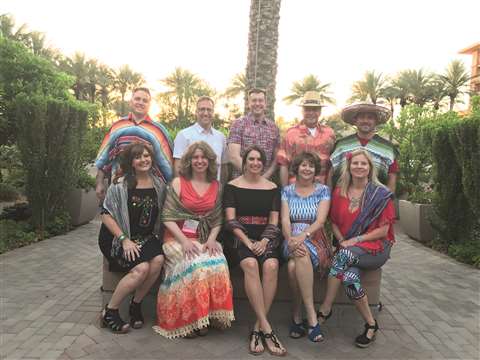 The people are what makes the SCRA such a great organization, according to Gary Stang, incoming president, pictured at the SC&R Foundation Gala in 2017. Stang is standing (far right) and his wife Jill Stang is seated in front of him.

What inspires you today within these various roles?

It’s simple. I work for a private, family owned organization with very strong core values. They’re always in growth mode and ever changing. I get the opportunity to bring in new people and talent across a broad spectrum and promote others, while challenging them to be their best.

What motivated you to become involved with SC&RA, and ultimately take on greater roles of responsibility?

In 2002, I received a call from Jim White of White Brothers Trucking. I’d never met him, but he thanked me for all ATS had done in the past for SC&RA and the SC&R Foundation and asked that I personally get more involved. Jim explained that giving money is great but it’s the strong members that dedicate time to SC&RA, working together, that get things done. From there, I asked Rollie Anderson what his thoughts were and he immediately said “go for it.” Since that initial decision in 2002, how would you say your involvement with SC&RA has impacted you both personally and professionally? Personally, I think the people are what makes the SC&RA such a great organization. Joel Dandrea and his staff are second to none when it comes to doing what is always in the best interest of the Association and its membership. The people Jill and I have met over the years are way more than fellow members of an association; they are truly great people that we consider some of our best of friends. Professionally, every allied, crane or transportation member has such a high level of passion for what they do. Passion breeds excellence, and when you’re surrounded by it, you function at a higher level.

Well said. You take a lot of pride in your role with the Association. How does this presidential appointment represent that dedication?

After chairing the Transportation Group from 2010-2011, I was hoping to someday be nominated for the president’s position. You can call this

a career goal of mine. In 2018, it is becoming a reality. I’m so very fortunate to be able to take on this responsibility and work with and represent a great association and such a great group of professionals.

You join a list of many notable names that have come before you. What does it mean to you to become SC&RA President during its celebrated 70th year, and all of the leadership and accomplishments such a milestone represents?

Seventy years says a lot for the organization and for the strong members who have supported it over the years. There are a lot of great businesses that understood the bigger picture and made the Association as solid as we are today. I’m honored to be following in the footsteps of such great leaders who are now past presidents. Terry Young is a strong leader and a tough act to follow, but I am up for the challenge.

2018 is a big year for me personally and professionally. Not only do I get to fulfill a career goal to become SC&RA president – during its 70th year – but I also celebrate 25 years with ATS, I turn 50 in September and Jill and I celebrate our 25-year anniversary in October. 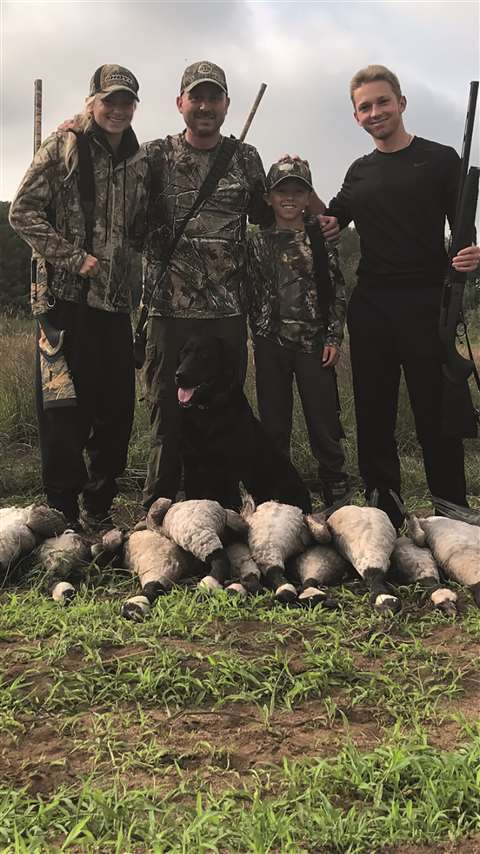 On that note, what can you say about the work and dedication put in by SC&RA’s many volunteer leaders to not only strengthen and cultivate the Association, but to do the same for the industry, both now and moving forward?

I can’t say enough good things about what SC&RA membership is capable of doing. I’ve seen it live for over 18 years.

With that in mind, during your time as president, what key issues and/or initiatives do you want to be a part of and continue to advocate for or work to address?

As James King pointed out at the Executive Committee meeting last January, the SC&RA is unique in that it is the only international truck and crane related association. We are truly “one of a kind,” as he so eloquently put it. I would like to continue to expand membership both throughout North America and internationally. I think we have great opportunities to expand upon our uniqueness, and reach further than ever before in expanding our membership throughout the world. We have a lot of great people and businesses to assist us in attracting international members, and a lot of reciprocal best practices we can all learn from.

What inspires you today about how SC&RA is handling current industry/governmental challenges with efforts like the Leadership Forum and Lift & Move USA - Building Towards the Future?

This is another great example of how SC&RA challenges itself and its membership to not only do what’s best for the industries we represent today, but that we also look out 5, 10 or even 20-plus years – to be sure we have industry-focused leadership that wants to continue to work and keep it viable and growing.

2018 is going to be a milestone year for you. On a more week-to-week note, if you get a chance to come up for air, what do you like to do when you get a break?

My most enjoyable memories are always ones where I get to include my kids. Watching them catch their first trophy fish, shoot their first big game animal or do really well on a curriculum test or in a sporting event where that personal accomplishment just shines – those are my favorite times that I want to continue to focus on. Jill and I have three kids, and call Clearwater, MN, home – an hour from the airport and five minutes to work (no stop lights). We live on 65 wooded acres, with a river and some areas for wildlife food plots – so the kids and I can enjoy all sorts of fun outdoor activities. Other than that, I like to moonlight in multi-family housing development, stay current on financial markets and politics and spend as much time outdoors as possible.