Symeo GmbH, a leading global expert for radar-based positioning, distance measurement, anti-collision and data transmission systems, has developed a new wireless solution that can reliably prevent collisions between cranes operating at multiple levels. The new anti-collision solution is based on Symeo’s wireless LPR®-1D24 sensors, which are designed for dynamic, robust and real-time positioning of cranes, and a user-friendly web-based assistant. Thanks to continuous monitoring of all crane movements and the establishment of flexible restricted zones, production and logistics managers can improve operational safety, control automated processes in a more targeted way and make production processes more efficient.

The AntiColl solution is based on Symeo´s LPR®-1D24 wireless sensors and the new assistance system Collision Control Center (CCC). 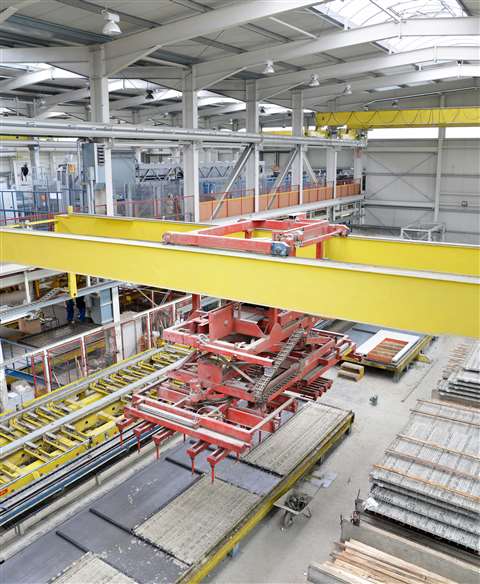 One of the foundations of the robust AntiColl solution is Symeo’s new LPR®-1D24 wireless sensor system, which continuously tracks the position of rail-based cranes via radio. The wireless real-time location capability is based on Symeo’s patented LPR® technology, which operates in the 24 GHz license-free ISM band, has no impact on existing WiFi networks and functions maintenance-free and with high reliability even in harsh industrial environments. The other foundation of the new solution is the so-called Collision Control Center (CCC), a simple user interface that can be used to store the individual crane environment, set up warning and stop zones and modify restricted areas.

Continuous monitoring of all cranes at different levels

What makes the new anti-collision system unique is that it can track cranes not only on one level, but also those operating at lower or higher levels, such as semi-gantry or overhead cranes in production halls. The crane measurement data can be transmitted by a single sensor via wireless technology to the wall-mounted station or to a central system. Position information of all cranes is continuously exchanged between the units. The system can also determine the precise position of the crane trolley and the load status.

If a loaded crane trolley moves too close in the direction of a crane operating at the level below, or if two cranes move too quickly towards one another, the crane movements can be automatically slowed down or stopped. The dynamic anti-collision calculations are carried out decentrally in the respective wall-mounted stations independent of a central computer. Because it is designed with a direct relay switch, Symeo’s anti-collision system can be implemented without an additional programmable logic controller (PLC).

The Collision Control Center (CCC), a modular assistance system that serves as the user interface, can be called up via a web browser without installing special software. With the CCC, users can store acceleration parameters for warning and stop zones, configure the devices and install updates. Users can also set up and remove safety zones as restricted areas that cranes should avoid. 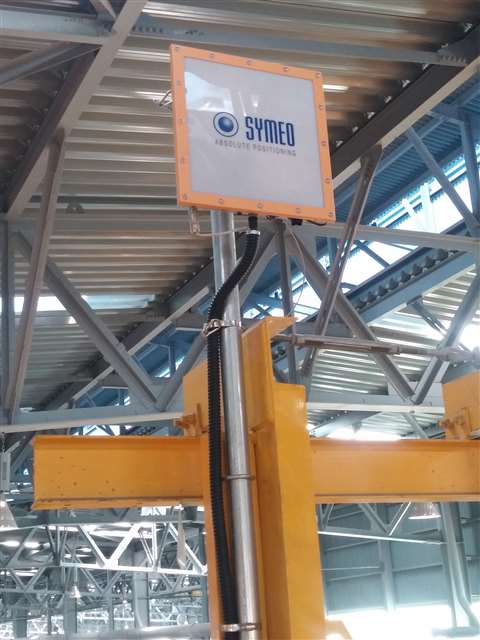 “Our experience has shown that many of our customers search for anti-collision systems that can be flexibly configured,” said Dirk Brunnengräber, CEO at Symeo GmbH.  If you want to service a crane without shutting down the entire operation for instance, the ability to select only specific areas as temporarily restricted is an important feature. After servicing the crane, you can remove these restricted areas from the system by yourself.”

The new AntiColl solution from Symeo combines several functions in a single system: dynamic crane positioning at multiple levels, wireless data exchange and decentralized collision calculations. Because the wireless measurements are not impacted by severe weather conditions such as wind, sun or rain, the system is suitable for both indoor and outdoor applications.