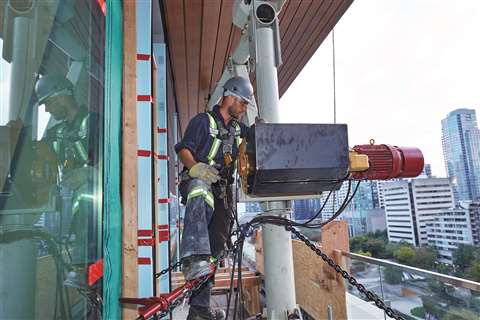 “The construction industry relies on ASME standards to lessen the possibility of unclear liability in incidents involving cranes or related equipment.”

The OSHA standard goes on to address everything from minimum sling lengths to safe operating temperatures; however, it doesn’t provide clear answers to questions of Rigger responsibility, which fall upon not just the Rigger, but the Site Supervisor and Lift Director as well. For clarification on responsibilities, it’s important to look to ASME.

The heavy construction industry has long relied on ASME standards to lessen the possibility of unclear liability in the event of incidents involving cranes or related equipment. ASME B30.5 is one of ASME’s most-requested safety standards, and its role in the building, construction and crane and rigging industries is significant. As with most standards, B30.5 has evolved a number of times over the years. It’s first iteration was published in 1968, and then revised in 1989. The latest version, released in 2018, contains a new section called Rigger Responsibilities.

When it comes to a safe and successful lift, everyone must play their part. Having a new standard for Rigger responsibilities makes creating a culture of safety and properly managing your risk easier than ever. Make sure you’ve thoroughly read and reviewed ASME B30.5 and OSHA Standard 1926.251 and make sure your team has too.