Taking a closer look at the Specialized Carriers & Rigging Foundation

Formed in 1986 as a private foundation to support SC&RA members and the industry at large, the SC&RF (Specialized Carriers & Rigging Foundation) has since invested nearly $1 million in workforce development and education, and over half a million dollars in industry-specific research to benefit SC&RA member companies and provide an advocacy platform for the Association. 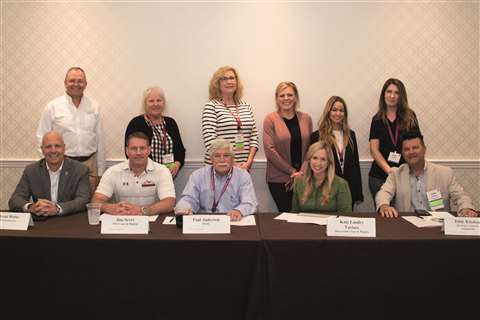 A 501(c)(3) organization sustained by financial contributions from companies and individuals, as well as fundraising efforts at SC&RA meetings, SC&RF’s board of directors and committees are comprised of volunteers. Association members are encouraged to join the Foundation’s leaders in helping to shape the future of SC&RF as well as the overall industry.

In 2022, one of the foremost research projects SC&RF has been working diligently to complete and present to members and the industry is a white paper titled: The State of the Workforce in the Crane, Rigging and Specialized Transport Industry.

With a target release date of Q1 2023, the white paper is the culmination of a data-collection process in Q3 2021.

“The results are now in the Research Committee’s hands, and they are providing commentary and further analysis,” indicated SC&RF Director, Jackie Roskos. “Containing approximately forty-five graphs and charts to go with additional findings, the aim of the research is to provide us all with a high-level view of the workforce: what is important to members, what do and don’t we know, what do we need to know and how can we leverage that information?” 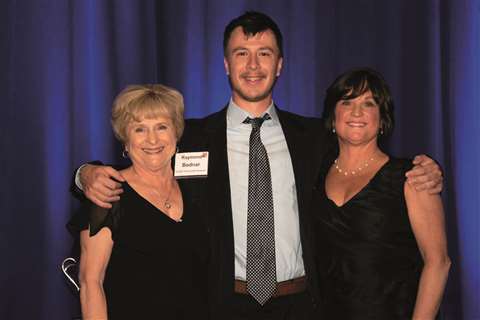 Raymond Bodnar was the recipient of the 2022 Douglas A. Ball Memorial Scholarship, presented by Janet Ball (left) and her daughter Tasha Virostek.

Ultimately available to SC&RA members, the industry and even government and educational organizations, Roskos emphasized that the white paper will allow companies to benchmark and compare their current workforce trends with the data.

“They’ll have the ability to look at their company and evaluate if they are doing better or worse than what has been reported,” she noted. “And I do think that it’s going to link directly to SC&RA advocacy; we’d like to see an investment in training for this industry, which there isn’t currently through the federal government. And this could be part of the catalyst for that – to really identify what this workforce looks like.”

Roskos also sees the research as laying the groundwork for conversations with communities, educational organizations and training centers – partnerships that produce commitments to workforce initiatives like Lift & Move.

“For instance, as we begin to look at workforce initiatives for Lift and Move, one of the important things to understand is where the job openings are – in order to partner with some of these community colleges or vo-tech schools,” she pointed out. “They really need commitment and information from the industry to understand where the opportunities are – in order to commit to developing curriculum and putting kids through a program that provides a job upon graduation.”

How is SC&RF covering costs?

Another development at SC&RF is a new educational assistance initiative called the Corporate Training (CT) Grant.

Recent surveys and feedback from members indicate that they prefer to train multiple employees and do so in-house, or select a specific training company. The new CT Grant, set to launch in Q4 of this year or Q1 of 2023, will help to cover the cost of sending employees out to training, or bringing in a trainer.

“We’re still in the process of fine-tuning and analyzing eligibility requirements and amounts to be awarded,” said Roskos, “but the consensus is that it will be a grant specifically for a company looking to train multiple employees – whether they’re sending them to a training facility, or bringing someone in-house.”

The grant’s intent is also to assist companies that feel the strain of such costs more than others. “This goes back to the workforce conversation,” Roskos added. “Training is one way to potentially retain your workforce, but not every company can afford it. We think this could create pathways to success for a lot of these smaller companies.”

As for the existing Scholarship program, nothing will change. Vo-tech and partner-in-education scholarships will continue to benefit individuals pursuing training, certification or continuing education through vocational/tech schools, community college, etc., and range from $500 – $5,000. Of note: seats with Morrow Equipment Company, ITI and CICB are available for 100 percent tuition for those who apply through the vo-tech application. 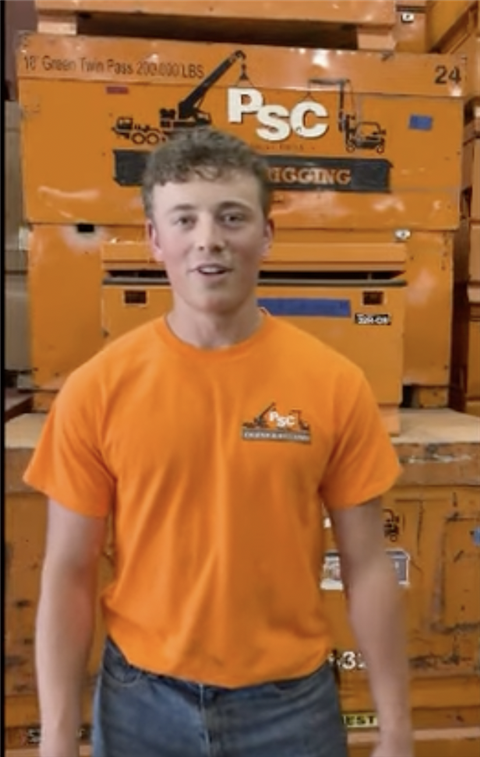 Devon Sever, the recipient of a 2022 SC&RF IUOE Continuing Education Scholarship, is also host of a YouTube vlog series that SC&RF has initiated, designed to create peer-to-peer connections with a younger audience.

Gaining traction for the coming year

Rounding out the list of SC&RF achievements for 2022, a newly established Endowment Fund will focus on continuity in contributions. “We were approached and asked to create a structure to accept and recognize legacy contributions,” explained Roskos. “The consensus was that we needed something like an endowment fund/campaign, putting more structure to what we already have with memorial funds.

“This will be establishing that structure around ways people can make a donation and are recognized. Additionally, there will be guidance and options in regards to continuity in contributions. Ultimately, a Legacy Endowment will also be available for donors’ consideration in 2023 – and donors will be able to earmark their gift toward general funds, research, scholarship or workforce development.”

To that end, SC&RF is working to develop strategic objectives for Lift & Move moving into 2023 – with a modified program and new initiatives to assist the industry in recruiting and retaining their workforce.

“A sub-committee underwent a strategic planning exercise for Lift & Move this year, and our governing committee will review their findings – ultimately discussing logistics and funding requirements, and putting specific objectives and priorities in place for the next two to five years,” said Roskos. “Most of the feedback we’ve received points to a desire for smaller-scale events focused on more targeted audiences – versus a larger group with varied interests.”

Intended for a younger audience as a glimpse inside what a crane & rigging company looks like day to day, Roskos said the initiative is gaining momentum, and additional vlog projects featuring interns and young hires are in the works.

“We have two more companies on board who will be starting this fall, and welcome other companies who are interested in participating,” she indicated. “We’re pretty excited about it. One of the comments we hear from teachers and educators is that students respond better to someone they have something in common with – that peer-to-peer relationship. So, this vlog series is creating both interest and awareness with the younger generations.”

To get involved, make a donation or for more information, visit www.SCR-Foundation.org