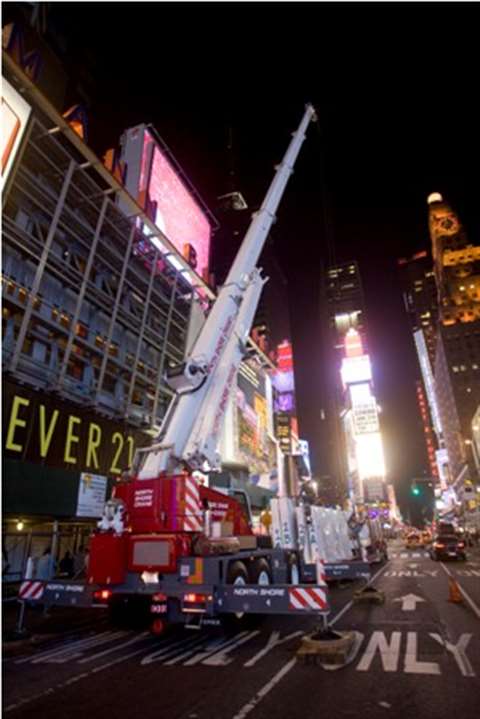 Times Square is a major tourist attraction and one of the busiest areas of the city day or night, so the New York City Department of Transportation (NYC DoT) only permitted two, 11-foot (3 m) wide lane closures, leaving limited access to the site and a tight overnight schedule.

The job was carried out in two stages, beginning with the removal of the large stainless steel and neon tube sign. Next, the new sign elements were installed, including giant LED screens, channel letters with flashing LEDs, plus a special canopy with more LED screens and a light band border that changes color according to screen content.

Alex Robson, project manager at North Shore Cranes, said, "Offering better compact size and better over the road speed compared to other cherry picker models, the Terex AC 40 City meant that we could perform lifts efficiently, maneuver safely and save time by bringing the crane directly to the jobsite without special permits."