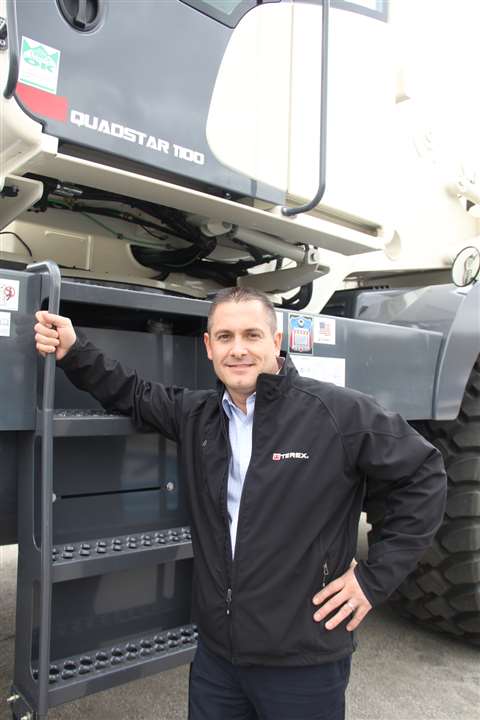 Dean Barley has been appointed vice president and general manager, North America for Terex Cranes. The leadership change is a part of the company's efforts to improve customer and product support, reduce cost and complexity, and become easier to do business with, according to Terex.

In his new role Barley will continue to grow and expand the company’s ongoing customer-focused efforts to become easier to do business with and strengthen customer relationships, before, during and after the sale of all product lines offered by Terex Cranes in North America, the company said.

“We are pleased to welcome Dean Barley to our organization,” said Tim Ford, president, Terex Cranes. “His past experiences and particular expertise are ideally suited to take on the responsibilities that come with this position, including helping us fulfill our goal of becoming the most responsive manufacturer in the industry to customers’ needs.”

Barley assumed the position previously held by Dan Slater, who has accepted the role of vice president, Terex Business System (TBS) and Manufacturing Strategy, Terex Cranes, based in Schaffhausen, Switzerland.