The importance of substance abuse testing

Your testing program is a pivotal piece to your success.

With all the other business challenges out in the world today for DOT-compliant companies, it’s extremely important for yours to have a drug and alcohol testing program and written workplace policy in place.

In fact, without such planning, your company could be committing any number of drug and alcohol violations right this minute. 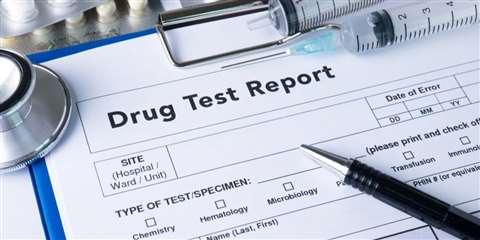 Some quick numbers: the National Drug-Free Workplace Alliance reports that over 74 percent of illegal drug users are employed. These employees contribute to about 40 percent of all industrial fatalities in the U.S. If nothing else, this underscores the importance of drug and alcohol testing – particularly in the workplace.

Moreover, each year, drug and alcohol abuse costs U.S. companies billions of dollars, which includes turnover rates for employees, unexcused absences, lower productivity, accidents and increased workers’ compensation claims. According to the National Safety Council, employees who abuse prescription drugs are two to five times more likely to take unexcused absences, be late for work, be injured or violent at work, file workers’ compensation claims and quit or be fired within one year of employment. Additionally, 50 percent of workplace accidents, and up to 40 percent of employee theft, is caused by drug abuse, according to the U.S. Department of Justice.

But drilling down, drug-testing programs, and related workplace policies, can ultimately: help an employee admit or acknowledge a drug-abuse problem; identify symptoms and signs of drug abuse and addiction to provide early intervention; protect the employees, security and finances of your company; safeguard other people; and support a patient through the recovery stage.

At the end of the day, drug and alcohol testing helps protect the health of an employee struggling with substance abuse, but it also helps deter abuse. And of course, there’s the health and safety of the rest of your workforce, and ultimately, your business.

It’s important to understand the field of play, and in this case, the top five FMCSA drug and alcohol testing violations, and their penalties.

Failing to implement a drug/alcohol testing program, 382.115(a): this one might seem obvious, given the topic, but that doesn’t make it any less serious. According to the FMCSA’s Analysis and Information Online database, 3,074 violations of this regulation occurred from 2018 through this year. The highest penalty for this violation was $12,010. Using a driver before receiving a pre-employment drug test result, 382.301(a): No matter how eager they are to start or how badly you need another rig on the road, you can’t put an employee in the driver’s seat until they have passed their pre-employment drug test. In the past four years, according to FMCSA, 8,257 violations of this regulation have been reported, with the highest penalty landing at $15,410.

Failing to do random alcohol tests at the applicable annual rate, 382.305(b)(1): You probably know you need to do random drug testing on all of your drivers, but what about random alcohol testing? This violation has accounted for 3,663 of the total violations found by the FMCSA over the past four years – with the largest fine reaching $22,620. Using a driver with a .04 alcohol level, 382.201: This one is perhaps the most dangerous one of them all – using a driver who is under the influence. It’s simply unacceptable, and illegal. Don’t find yourself in this position. Much better to be safe than sorry in this instance.