The Passion To Prevail: A Patriot's Story 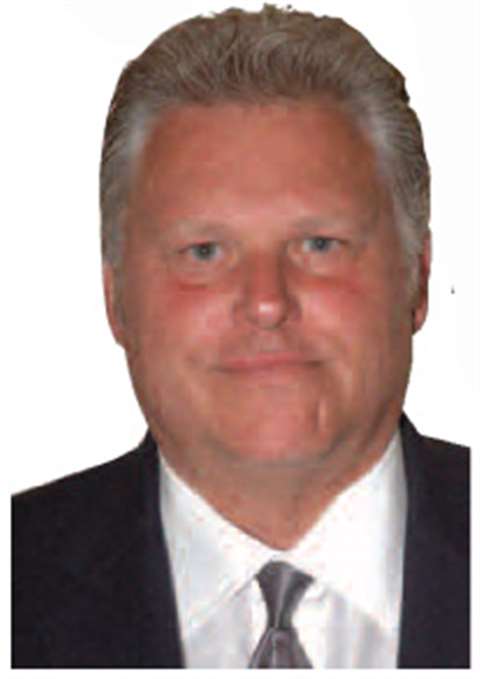 It is late morning in March in Central Florida and the blue sky above Orlando provides a welcomed break from the icy grasp of Chicago's winter. The sun shines brilliantly from its perch high above the aptly named Sunshine State, casting shadows in the shape of Disney characters as far as the eye can see. The light breeze that blows across the lake is just strong enough to bring the familiar aroma of Arturo Fuentes finest cigar to the noses of those sitting close to us and it dawns on me that the piquant scent of his Opus X cigar has become a trademark of sorts.

The Specialized Carriers & Rigging Association (SC&RA) is celebrating over 20 years of “moving forward together while meeting industry challenges” at the annual Specialized Transportation Symposium. The venue is Disney's Coronado Springs Resort, themed to resemble regions of Mexico and the American Southwest. From the palm shaded courtyard in front of the glistening lake I sit, recorder in hand, with Kevin J. Cunningham, a respected member of SC&RA, poised to take a stroll with him down the proverbial pavement of memory lane.

At 6 feet 5 inches, 245 pounds, he's a man who literally stands above the crowd. With a personality to match his stature, he's larger than life at times, known, in part, for his passion, emotion, and the championship ring he wears on his right hand. He's a mainstay at SC&RA functions, talking and laughing with colleagues, always willing to lend an ear, or a legal resource, to someone who needs it.

But where did he come from and, more importantly, why is he here? How did the captain of the best Iowa State football team in the history of the school end up breaking bread with some of the biggest crane companies in the nationfi

In a story that starts with football and relies partly on lessons learned by Hall of Fame coach Earle Bruce, we go all the way back to Chicago's notorious Southside and start where all good stories start, at the beginning.

In 1956, in the heart of blue collar Chicago, James and Dorothy Cunningham welcomed their first son into the world. Originally from the Eastside South shore neighborhood, James made his mark as an entrepreneur with a trucking company named Langway Express. From its modest start of one refrigerated truck, he worked his way through the bustling streets of an ever changing city until 13 trucks were delivering meat products to businesses spanning from Uptown to Morgan Park. As a result of his father's business, Cunningham found himself one of the 50,000 people who worked the one square mile that made up The Chicago Stock Yards in the late 1960s. Humping carcasses from truck to truck, he spent summers splattering blood stains on the lapels of his blue collar.

A big kid from the onset, he stood six foot in junior high school, it didn't take long for him to get bit by the football bug. He was recruited by local high schools who hoped to hone in on, and benefit from, his football talents. Eventually choosing Leo High School, which had to bus its team to nearby Ryan's Woods to play because of the lack of grass on campus, he went on to become the captain of the football, basketball and boxing teams. Growing five inches and putting on 120 pounds during his four years of high school, by the time he stepped off the field his senior year he had 27 college scholarship offers.

In large part due to the rebuilding phase the team was in, he made his decision and donned the red and gold jersey of Iowa State. A division 1 school, the university was hoping the recent recruitment of University of Tampa head coach Earle Bruce would help turn their unimpressive football program around.

Cunningham saw playing time as a freshman and made it to the starter's roster his sophomore year. As an offensive tackle in 1976, Bruce's fourth season at the helm Cunningham's ferocity on the field helped the team beat the mighty Nebraska Huskers. The win was arguably one of the biggest upsets of the year and as a result the squad went 8-3 and were ranked 18th in the nation. Bruce was named Big 8 Coach of the Year and four of his players were selected first team all conference. Nevertheless, the Cyclones were denied bowl bids by the selection committees.

Disappointed that they would be bowlless that year, the team went back to the practice field and trained even harder. As a result, Bruce, Cunningham, and the rest of the Cyclones accepted bowl bids in ‘77 and ‘78. Behind captains Cunningham, Mike Tryon, Tom Randall, and Tom Boskey, the 1977 Cyclones notched an 8-3 regular season mark and a bid to the Peach Bowl. Iowa State eventually fell to North Carolina State 24-14 but Cunningham's championship spirit was now fully birthed. The Cyclones remained in the bowl picture in 1978, traveling to the Hall of Fame Bowl in Birmingham, AL. The team was led offensively by Cunningham and All American running back Dexter Green with both players playing great despite Iowa's 28-12 loss to Texas A&M. The 1978 Cyclones are widely revered as the best football team in the history of the school.

After the completion of the season Cunningham was heavily recruited by the Dallas Cowboys. Intent on playing ball for a professiona squad, he spent the summer training with the Cowboys at mini-camp. Through grueling practices and relentless two-a-days, he fought and tackled his way to notoriety.

And then as quickly as success had come, tragedy struck.

Ten days before the NFL draft he was involved in a motorcycle accident that left him with a fractured leg and an unrecognizable wrist. He spent 20 days in the hospital undergoing multiple wrist and knee reconstructive surgeries. Locker rooms were replaced by doctor's offices and the long and taxing rehabilitation process that every athlete fears began.

The heart to fight

When injury befalls an athlete he is tested to his core. No longer reliant on his ability to perform, the game becomes psychological. The fundamental difference between good and great, between pedestrian and excellent, is the ability to persevere. For guys like Cunningham, winning isn't the result of an action, it's the action itself. It's a mindset, a predisposition, a deep-seated root in what every athlete knows as simply, the “code of honor.”

As his recovery progressed to a manageable state, he left the comfort of Chicago and relocated to California after being able to gain access to the Oakland Raiders training facility. From inside the gym, while the rest of the world was getting ready to watch Mt. St. Helens erupt in Washington and the anticipated election of former actor Ronald Reagan as president, he pushed through the adversity and made a full recovery. But his quest to play football was far from over.

Upon returning to Chicago in 1979, Cunningham went to work for the Chicago Health Club, literally making the time he spent in the gym a full time job. Fearing the accident may have caused him to miss his window, like a Pella factory, he decided to make his own.

Within 30 days of being back in the Windy City, Cunningham had personally written to and sent films to all 26 NFL teams. The words of Earl Bruce rang through his head: “Do more than what others expect. Always do your best. Expect more than what is possible.” And while the pragmatic viewpoint of those who watched him closely said his efforts were futile and his opportunity had not only already knocked, but rang the bell and left as well, he was invited to train with the Denver Broncos, the New England Patriots and the Cowboys.

In 1979 Cunningham accepted a free agent contract to play with the New England Patriots. Donning the colors of the American flag, Cunningham played for a short time but was cut after the second pre-season game. Once again, it seemed that his football dream would elude him.

It was about this time in 1980 that Ronald J. Real founded the American Football Association. Aimed at providing a post-season championship tournament for teams calling themselves minor leagues, the World Football League division of the AFA was started. The Chicago Fire, a rehabilitated version of the team that was introduced in the mid-1970s, took interest in Cunningham. After playing for and winning the 1981 division championship at Soldier Field, Cunningham and the rest of the Fire traveled to West Virginia to play in the highly anticipated world championship. Cunningham's passage through life and football at this point had taken him from one side of the country to the other. He had prevailed when the odds were stacked against him and proven that determination and heart could defy mathematics.

After that championship game in 1981 though, life blitzed Cunningham in a way he could have never expected. His single biggest fan, his sister, was found dead while studying for finals in California. A bigger hit than he had taken in all of his days playing ball, he hung up his jersey and walked away from football forever - it seemed that life had called an audible.

As the football field faded away, he traded in his cleats for loafers and launched his career in the insurance industry. Getting his start with a specialty insurance company serving the forest products business, he went from loss control to sales to brokerage.

By the mid-1990s Cunningham had spent over a decade fighting the traditional insurance model of claim management. His maverick philosophies and bulldog approach to business scared the lead out of underwriter's pencils but his elemental belief, that heavy construction risk could be contained if you fixed the problem at the core level - that being the claims - had gained favorable responses from key industry groups like the SC&RA.

The first risk management-based SC&RA member insurance program was introduced in 1995 and, as the saying goes, the rest is history. With the help of guys like Jimmy Lomma of New York Crane and the late John Bohne of Imperial Crane, Cunningham was able to hear the needs of the SC&RA loud and clear. The industry as a whole was tired - tired of being beat up by a broken insurance model and a flawed legal system. Tired of paying claims simply because one of their cranes had showed up at a job. They were tired of lip service and broken promises and people who talked the talk but couldn't walk the walk. And this, I believe, is wherein the difference lies.

Cunningham and CEO Peter Foley have instilled in NBIS the lessons he learned on the playing field. Together they have dedicated themselves to developing and maintaining a “fighting machine” for SC&RA members. As a businessman, Cunningham is far from traditional to say the least. But as a football player and a member of our group, and a personal friend of mine, he's exactly what we would expect.