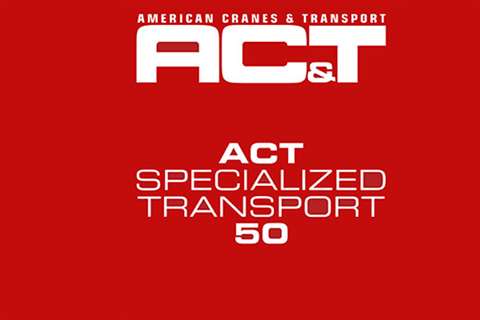 ACT magazine has published its 2019 list of the biggest specialized transport companies in North America.

Now in its 15th year, the ACTTRANSPORT50 (ACT-T50) ranking is based on each company’s specialized transport fleet size, which includes all relevant modular/hydraulic trailers/dollies and specialized trailers and trucks/tractors.

This year’s ACT-T50 showed some interesting trends, including a decrease in both the number of employees and terminals.

While the 2019 combined total fleet size was up on 2018’s 51,313 units to 53,064, the growth of North America’s specialized transportation sector appears to have levelled off.

Up one place on last year, Canada-based company NCSG makes it into this year’s top 10 with a fleet of 963 units. Comprising 309 modular units, 497 multi-axle trailers and 157 trucks, the company’s fleet operates on a national level and has a total carrying capacity of 28,292 tons. 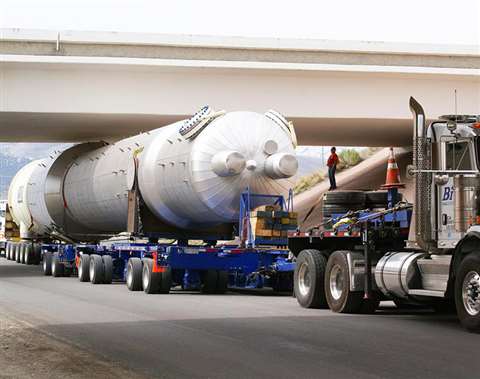 One of Bigge’s heavy transport projects for an oil refinery

In operation for more than 100 years, Bigge now has a specialized transport fleet totalling 1,105 units, including more than 400 specialized trailers and over 550 modular units. Based in California, the US company operates 14 terminals across the country. Rising one place from tenth position on the 2018 ACT-T50, Bigge has also ranked well on this year’s IC50 Index and on the ACT100.

A family-run business since it began in 1980, Combined Transport’s fleet of 1,241 specialized transport units operate out of just one international terminal in Oregan, USA. The company’s 504 modular units and 162 specialized trailers are supplemented with 575 trucks and run by a staff of almost 600 people.

Founded in Tennessee, USA, this family-run business has a specialized transport fleet totalling 1,744 units comprising over 600 modular units, more than 700 specialized trailers and around 350 trucks. With a total capacity of 67,238 tons and almost 50 depots across North America, Barnhart jumps two places to number seven on the 2019 ACT-T50. This year also saw the company place on the 2019 IC T50 Index.

USA-based company Bennett Motor Express has dropped two places in the ACT-T50 rankings. Moving from number four in 2018 to number six in 2019’s list, the company has a total fleet of 2,212 units including over 1,100 trucks. Established roughly 40 years ago, Bennett now operates on an international level and employs 300 people.

One of North America’s largest privately-owned heavy transport enterprises, All Erection & Crane Rental is the first non-mover on the ACT-T50 top 10. Over the past 12 months the company has increased fleet size from 2,121 units to a total of 2,393. With its 15 modular units, 400 trucks and a specialized trailer fleet totalling 1,978, All Crane has a carrying of capacity of almost 70,000 tons.

Performing well over the past 12 months, Maxim has risen from sixth place on the ACT-T50 in 2018 to number 4 this year. With fleet totally 2,748 machines and a lift capacity of 48,249 tons, Maxim’s 3,500 strong staff is putting its 1,836 specialized trailers to work. Based in Pennsylvania, US, the company’s fleet also includes 312 modular units and 600 trucks. This year also saw the heavy lift and transport company make it onto the 2019 IC Tower Index rankings. 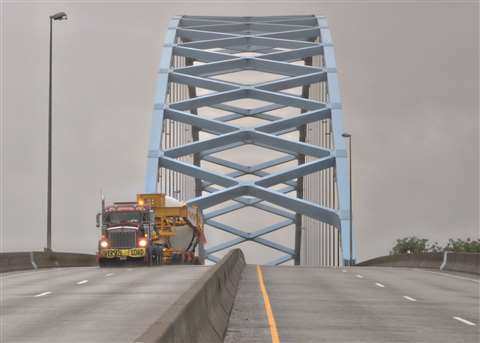 ATS Specialized maintains its position in the top three for another year. Run by the Anderson family for three generations, its operations utilise a fleet of over 2000 specialized trailers and almost 950 trucks. While the company’s modular fleet is small in size – just 15 units – its total carrying capacity amounts to 66,111 tons.

Marking a huge leap in the total fleet sizes of the top 10 specialized transport companies, Daseke has over 5,500 more units than ATS Specialized. Over the past 12 months the business has invested heavily in its equipment, increasing its total fleet number from 7,024 units in 2018 to 8,508 in 2019. Daseke’s fleet now numbers 4,543 trucks, 3,787 specialized trailers and 178 modular units, and provides a carrying capacity of 87,148 tons.

Despite reducing its fleet by just under 250 units, Landstar holds the number spot on the ACT-T50 for another year with a fleet of 13,449 units. Its transportation fleet, which comprises over 10,300 tractor units, 3,024 specialized trailers and 42 modular trailers, has a capacity of 100,675 tons. With the biggest tractor fleet of all the companies on the ACT-T50 ranking, the company also featured on the 2019 ICT50 index. 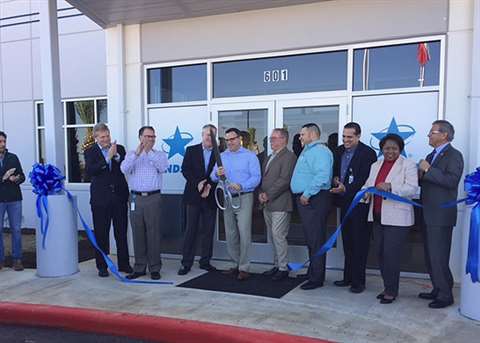 While most of the major players in teh North American transportation sector are represented on our ACTTRANSPORT50 top list, there are changes from year to year based on participation. The list is ranked by size and then by total maximum transport capacity of all relevant trailers and transport systems in a company’s fleet (in U.S. tons).

The rnaking is based on information supplied on our ACT TRANSPORT50 survey form. While we have worked to produce the most accurate ranking possible, we cannot guarantee the accuracy of the information supplied. We rely on the integrity and honesty of those who submit this information to assure our list is accurate and correct.