When you look up into the sky, it’s hard not to notice the tower crane booms dominating urban horizons. North American city skylines are decorated with tower cranes hard at work on a variety of projects. American Cranes & Transport’s annual ACTTowerCrane50, featuring 23 companies, has grown by exactly 158 units since 2017 and by 300 since 2016.

Notable changes this year on the ACTTowerCrane50 is the omission of Allegiance Crane & Equipment, JayDeeContractors and A Quick Pick Crane & Rigging. However, our list increased by three companies in 2018 with the addition of B&G Equipment Supply with 24 tower cranes in its fleet, Allied Crane with 14 cranes, Wolffkran with 12 cranes, Kranes Inc. of Central New York with three cranes and Crane Tech Solutions with a fleet of two cranes.

In 2016, the ACTTowerCrane50 index was changed from total capacity of crane fleet to size of fleet. We made this change for a number of reasons, namely because of the differing methodologies each company used to calculate total capacity. Fleet size offers a more equitable comparison and better represents the state of the crane market.

The ACTTowerCrane50 changed significantly in 2016 and 2017 after Maxim Crane Works acquired AmQuip, Coast Crane and Essex Crane Rental. This gave Maxim a boost to Number 2, where it has stayed the last two years.

In 2018, the most notable ranking shift was Stafford Tower Cranes, which jumped up from 14 to 7. Today the company has 65 tower cranes in its fleet as compared to 32 units in 2017. 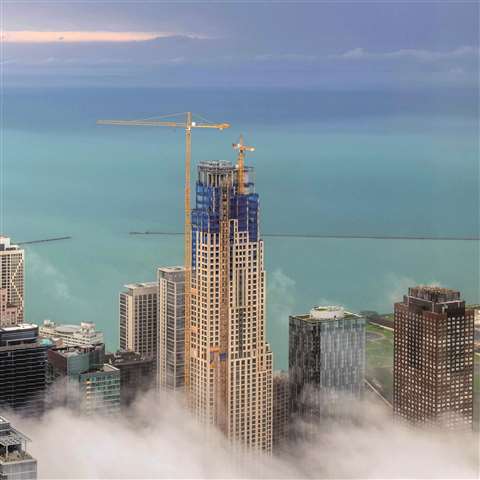 Since 2016, the number of people employed by the ACTTowerCrane50 has grown by 2,204 workers. This year, with 9,264 employees, the future appears to be bright for the tower crane industry as the market shows continual improvement. An aging workforce and skills gap are not affecting the tower crane sector that grew by 896 workers since last year.

Morrow Equipment is still Number 1 on the list with a whopping 666 tower cranes. Morrow’s fleet size increased slightly this year from 658 units in 2017. Morrow Equipment has held the Number 1 spot in our ACTTowerCrane50 since its inception in 2005.

The second-place spot is again held by Maxim Crane Works with 350 units, up 33 tower cranes from 2017. Rounding out the top five are Number 3 Bigge Crane & Rigging and Number 4 ALL Erection with 210 and 94 tower cranes respectively. The Number 5 spot belongs to P&J Arcomet with 93 tower cranes in its fleet. Every company on the list previously has increased their fleet sizes since this time last year.

In terms of the largest capacity cranes on the list, J.F. Lomma leads the pack. Lomma’s Favco M1280D has a capacity of 96 metric tons. Other large capacity tower cranes include the 64-metric ton Liebherr 710HC-L, the 60-metric ton Wolff 12508 and the 40-metric ton Terex Comedil CTT721. The complete list is on page 23.

American Cranes & Transport sent out our annual ACTTowerCrane50 survey in late June 2018. Survey forms were due back July 12. But you can request and submit a the survey form any time of year.This year the ACT team made a bigger-than-ever effort to increase the number of companies on the ACTTowerCrane50. We created a database of 91 companies that we know have one or more tower cranes in their fleets. The problem is getting these companies to realize the value in filling out our survey form and submitting their information. As ever, we will continue to try to get this list to its rightful size of 50 companies