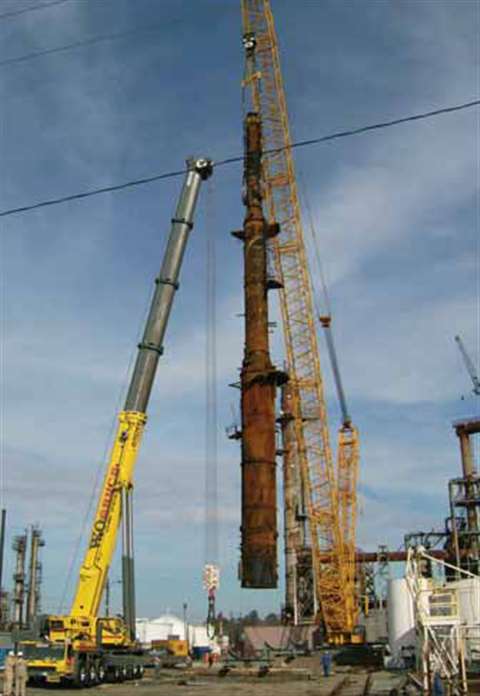 Bill Grubb, owner and president of W.O. Grubb, comes from a long tradition of hard workers. His grandfather, Emmett Grubb, provided for his 13 children by operating cranes and other equipment. Most of his sons took up the same trade as their father, and they earned the reputation of being honest, hard- working and skilled team players. Willie Grubb, one of Emmett's 13 children and also Bill Grubb's father, used this foundation to start W.O. Grubb Steel Erection in the 1960s.

The story of how Willie Grubb started seems spot-on to those who know the Grubb family. While doing underground work with a cable backhoe, Willie was asked by the customer if he had a boom that would fit the machine. Of course the answer was yes. But the truth was, he did not. He said yes, knowing that he planned to go back to his garage and build one out of scrap metal because that is what it would take to get the job done. It is that sort of hard-working spirit that flows through the Grubb family veins.

“Our greatest resource is our people,” says Bill Grubb. “Their dedication is what has made W.O. Grubb what it is today.”

The company celebrated its 45th anniversary in September 2007, and it was a time for the family to reflect on how they reached this milestone. After Willie Grubb founded the Virginia-based company in the 1960s on the simple concept of providing high-quality steel erection services, equipment, manpower and superior responsiveness to their customers, they hit the 1970s and started to grow. More and more demanding steel-erection jobs earned them a reputation of being second to none. W.O. Grubb continued to grow with the addition of the crane rental division; the company started renting cranes in the 1970s and this division continued to grow until it dominated the W.O. Grubb business.

The downturn of the economy in the 1980s brought some challenges. Because there were not that many jobs to choose from, W.O. Grubb had to take some gambles, and one of them certainly paid of. In 1983, the company landed one of the largest, most demanding projects in the country: the erection of the RJ Reynolds plant in Winston-Salem, N.C. The company had to dedicate 70 percent of its resources to the job for more than a year.

As W.O. Grubb made its way into the late 1980s, the management team decided to expand the crane rental portion of the business by making some smart investments with the capital from the steel erection side. It was also during the late 1980s that founder Willie Grubb had to back of from the day-to-day affairs of the business due to health reasons, and this change brought the company to a near standstill.

“That was a hard time for us to be sure, but throwing in the towel was never an option,” says Bill Grubb. “That's the one thing about the Grubbs: We have never been quitters.”

It was at times like this when the Grubb emphasis on friends and family really counted. With the help of some new people and some veterans of the organization, Bill Grubb was able to jumpstart the company into the 1990s, which is when W.O. Grubb started to really expand.

“My philosophy is to always be welcomed back wherever you go,” says Grubb. “Our people are so important in everything we do, and everyone is such an integral part of the team effort.”

In 1993, W.O. Grubb had grown enough to branch off of the original Richmond, VA headquarters and opened a facility in Portsmouth, VA. The Alexandria, VA branch was established a year later, and Grubb said his staff there became the leading and most-respected team in the Washington D.C./Northern Virginia market. In 1997 and 1998, the Fredericksburg, VA and Baltimore, MD branches were opened.

Just as it did for everyone across the nation, September 11th brought more changes to W.O. Grubb. Work was harder to come by, so the market was more competitive. “Our people rose to the challenge by being safer, performing more professionally and becoming even bigger team players,” Grubb says. “We were able to take this challenge head-on, and since the turn of the century, W.O. Grubb has doubled in size and become one of the most respected crane rental, steel-erection and rigging companies in the country.”

W.O. Grubb started with a handful of employees and a couple of cranes. By 2008, the company had grown to more than 350 employees and runs a crane fleet of about 210 cranes, many of which are among the most technologically advanced machines the market had to offer, according to Grubb. Some of the flagship cranes in W.O. Grubb's fleet include several Liebherr LR1400s and a Grove GMK 7550. In 2007, W. O. Grubb was ranked the 11th largest crane-owning company in North America by American Cranes & Transport Magazine.

Grubb believes that he cannot go wrong as long as his company is centered on the people – friends, family and valued customers.

“We focus on quality, pride, safety and added value to our customers, and that will bring us success,” he says. “I'm proud of our W.O. team.” 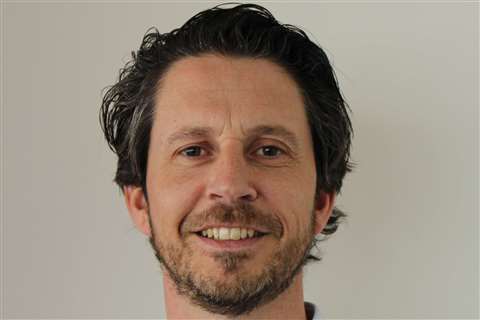 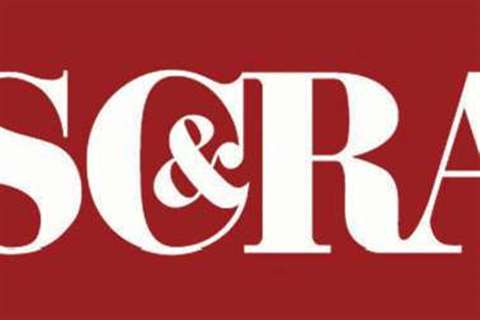 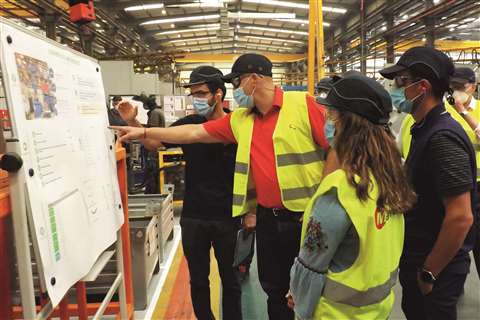 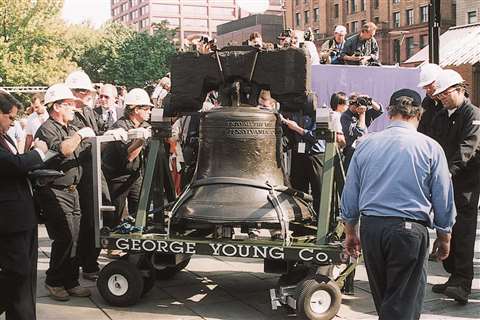