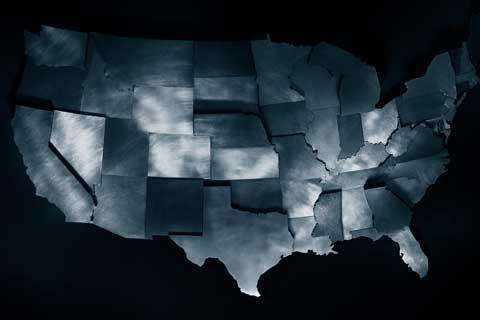 More than eight out of ten survey respondents said they would like to see a significant investment in infrastructure to help keep equipment manufacturers in business during the crisis and set the stage for the economic recovery, including immediate passage of a surface transportation reauthorisation bill.

Democrats recently proposed an infrastructure bill, and there have been reports that Trump has been preparing one of his own.

In addition, six out of ten executives say that the federal government has not done enough to support the industry as it continues to face decreased demand and disrupted supply chains.

“The Covid-19 pandemic continues to negatively impact equipment manufacturers and the 2.8 million men and women of our industry,” said Dennis Slater, president of AEM. “We have seen some improvements to the operations and financial outlook for our member companies, but the industry still faces a long road back to normal. Even as our industry continues to help build, feed, and power our country, far too many of our member companies are running out of time.”

As the country navigates the ongoing Covid-19 pandemic, equipment manufacturers, suppliers and distributors have largely remained open and continued to supply the equipment necessary to keep the country moving forward and help lead the recovery and renewal of the American economy. However, many equipment manufacturers are still struggling to keep workers on the job, with eight out of ten executives indicating that they will not be able to re-hire workers laid off earlier in the year.

Slater added, “While it is very encouraging that equipment manufacturers are adjusting to the new normal and re-opening all of their facilities, the impact of this unprecedented crisis is far from over and will be felt for a very long time. Equipment manufacturers have not received the support they need from the federal government, and it is therefore imperative that they take immediate and aggressive steps to support our industry.”