The U.S. House of Representatives passed a $1.5 trillion infrastructure bill on July 1, nearly doubling the size of the plan Democrats proposed in January. 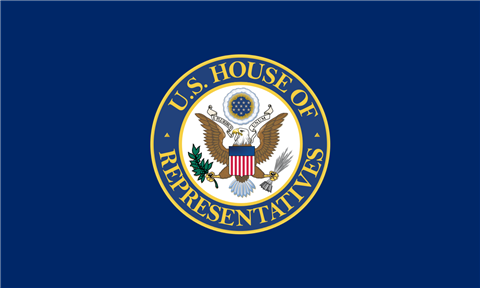 The 10-year infrastructure plan, which includes an additional $100 billion for schools, $100 billion for affordable housing and more money for rural broadband and clean energy projects, is championed by House Democrats as a vital economic recovery measure amid the coronavirus pandemic. It faces near-uniform Republican opposition and is likely to die in the Senate.

The measure passed by a vote of 233 to 188, with three Republicans crossing party lines to support it and two Democrats breaking with their party to vote “no,” according to a report in the New York Times.

Representative Peter DeFazio, the Democrat who chairs the Transportation and Infrastructure Committee, said the vote showed a House majority was “willing to fight for a new vision” that “deals with the incredibly deteriorated infrastructure in this country,” Reuters reported.

Republican Senator John Barrasso, who chairs the Environment and Public Works committee, responded by saying the House bill “is a dead end and has no chance of becoming law. It’s a road to nowhere.”

“Naturally, this nonsense is not going anywhere in the Senate,” Majority Leader Mitch McConnell was quoted. “This so-called infrastructure bill would siphon billions in funding from actual infrastructure to funnel into climate-change policies.”

Senate Republicans have reportedly coalesced behind a far narrower, bipartisan infrastructure plan that unanimously advanced through a committee last July.

That plan, which President Trump mentioned in his State of the Union address in February, would authorise $287 billion over five years and includes $259 billion to maintain and repair roads and bridges.

Those outside the political arena have expressed support for the bill.

“NUCA and the American utility constructions industry applaud the US House for passing a bill that authorises billions in much-needed funding to construct or renew a wide range of infrastructure projects across the nation,” said Doug Carlson, chief executive officer of the National Utility Contractors Association (NUCA). “The $40 billion provided especially for the Clean Water State Revolving Fund will be used to repair or build wastewater systems, some of which are over a century old. This bill’s funding levels could help reconstruct dilapidated community water and wastewater systems, and expand a telecommunications infrastructure that is called on more each day to support our economic recovery. Now it’s the Senate’s turn to act.”