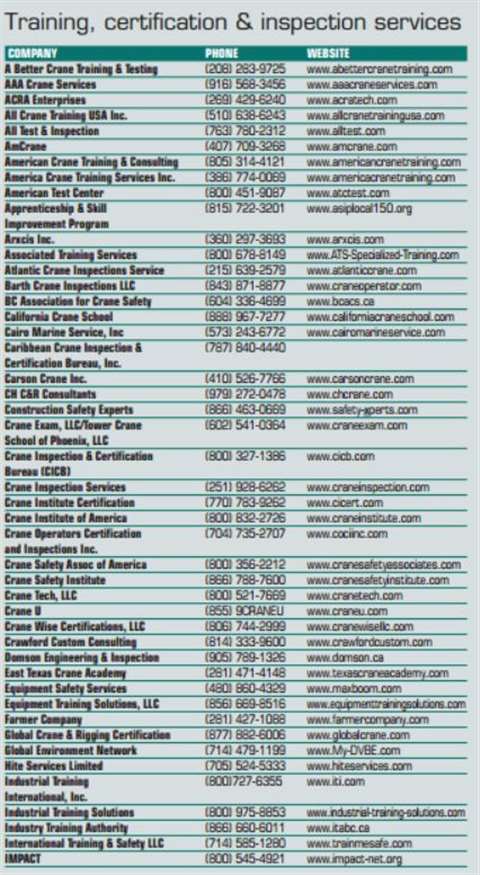 The year ahead is sure to be a busy one after 2014 ended with multiple safety, training and certification issues unresolved. On September 26, 2014, OSHA extended its November 10, 2014 deadline for employers to ensure that crane operators are certified by three years. Shortly thereafter, a group of 10 construction industry organizations formed the Coalition for Crane Operator Safety (CCOS). (You can find a list of all the CCOS organizations in our Risk Management column on page 49.)

The coalition isn’t interested in it actually taking three full years to resolve this matter. In the 42-section standard put forth by OSHA, only one, operator certification, remains in question and the rest have already been enacted. The coalition has stated it plans to see their concerns are addressed appropriately and expeditiously.

On October 17, 2014, NationsBuilders Insurance Services, Inc. (NBIS) and the Specialized Carriers & Rigging Association (SC&RA) filed an exemption to the 30-minute rest break rule within the Final Rule on Hours of Service of Drivers issued by the Federal Motor Carrier Safety Administration (FMCSA). The two organizations requested the exemption be applied to drivers hauling loads that exceeded maximum legal weight and dimension that require a permit from a government authority. Permit regulations already limit the hours in which these drivers and loads can move. Adding another obstacle for them to hurdle would only slow them down more, according to Steven Todd, vice president, SC&RA.

As a result, the FMCSA allotted a 30-day public filing period for comment as of the date they [FMCSA] published the request, November 22, 2014. As of Christmas Eve, that period of time was up, and the industry was left in suspense until some time in January, or later.

On December 13, 2014, Congress passed the FY 2015 Omnibus Appropriations bill providing funding for the vast majority of the federal government, including the Department of Transportation, for the current fiscal year. Officially titled the Consolidated and Further Continuing Appropriations Act, 2015, the bill is over 1,700 pages long and, as you can imagine, has a host of detailed spending and policy-related provisions affecting many industries.

The most important trucking-related provision is language that provides relief from the two new restrictions of the hours of service restart rule. Specifically, the legislation suspends the requirement that all qualifying restarts contain two consecutive periods of time between 1 a.m. and 5 a.m., and that it can only be used once every 168 hours (or seven days). In other words, the restart rule reverts back to the simple 34 hour restart rule in effect from 2003 to June 2013.

Keeping up with the times

The crane industry continues to get more digital. In December, the Association of Equipment Manufacturers (AEM) released a live-action crane safety video alongside an updated crane safety manual.

“The live-action format of the DVD-video, and the manual generously illustrated with the latest AEM pictorials, offer a convenient learning/reference program for the industry today,” the Association said. “AEM developed the crane safety video and manual together to complement and reinforce their safety messaging.”

Back in September, the National Commission for the Certification of Crane Operators (NCCCO) established an online directory of CCO-certified crane inspectors.

According to a press release on the NCCCO website, the directory is organized alphabetically by state and lists contact details for each inspector along with his or her areas of operation and the categories of certification held (mobile, tower and overhead crane).

“The directory is designed to serve as an easy reference tool for general contractors and crane owners seeking a qualified individual to conduct a third-party inspection of their cranes,” said Joel Oliva, director of operations and program development, NCCCO.

In partnership with the Pile Driving Contractors Association (PDCA), NCCCO announced it is developing a new certification for operators of dedicated and purpose-built pile driving rigs. “The new program, which will be made available in early 2016, will draw on industry support, subject matter expertise, and psychometric guidance,” Oliva said.

In 2014, Haag Engineering published Crane Accidents: A Study of Causes and Trends to Create a Safety Work Environment. SC&RA met in February 2014 with Haag Chairman Jim Wiethorn and his staff, inquiring about the possibility of Haag addressing New York City’s introduction of legislation set to limit the age of tower cranes working in and around the city. Wiethorn agreed that once his company’s study was complete, SC&RA could submit questions to which Haag would respond within a white paper. The white paper will be beneficial for SC&RA and the industry in moving forward to help crane owners, users, manufacturers and standards committees to reduce future risks and protect against catastrophic events.

New in 2014 was the Crane Wire Rope Installation Guide, produced in cooperation between SC&RA and Python Industries. In addition to detailed instructions for installation of wire rope, the guide includes instructions for ordering and proper steps for inspecting wire rope.

After their release in late 2013, SC&RA’s “Operating Crane Around Power Lines” video and companion 40-page booklet were embraced by the industry as a response to the growing number of fatalities involving power lines. The International Union of Operating Engineers now uses the video in its new Crane Safety Training programs.

Of all the SC&RA Transportation Group products, the Oversize/Overweight Permit Manual is the most popular. The transition to an online subscription has made it an even more valuable tool. It includes updates from the 50 states, the District of Columbia, the 10 Canadian provinces and territories concerning changed permit requirements, costs, equipment requirements, escort car requirements, hours of travel and other procedures for moving or securing permits for over-dimensional loads.

A tremendous amount of information was disseminated throughout the safety, inspection, certification and training worlds in 2014. Events like the SC&RA’s Transportation Symposium and Crane & Rigging Workshops as well as KHL’s own World Crane & Transport summit were particularly educational.

We saw memorable demonstrations from Cpt. Brent Wise of Tech Safety Lines and the Dallas Fire Department on fall protection; eye-opening and electric video clips presented by Bill Smith of NBIS of where not to park your crane when power lines are nearby; and responsible rigging techniques from the likes of Knut Buschmann of Unirope Ltd. and Keith Anderson of Bechtel.

The year to come should provide noteworthy headlines as early as January when some of the amendments to aforementioned rules and regulations come out or go into effect. For many of these issues, as they say: the ball is in their court. 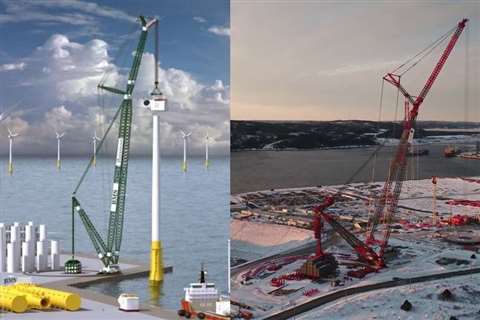 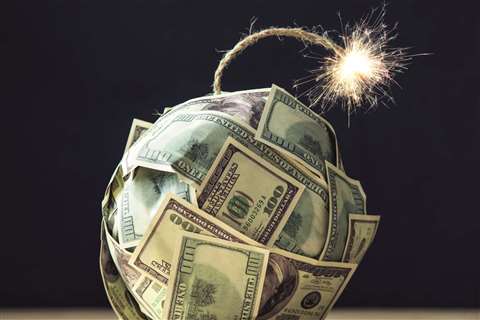 How to navigate “nuclear verdicts”
Bill Smith discusses a case of litigation gone wrong and the legislative change that is needed in many plantiff-friendly states. 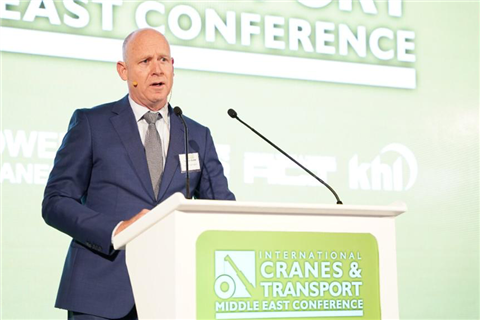 CCO exams will transition to digital by 2024
CCO unveiled its technology initiative to move all written exams to the computer through the introduction of a new test administration modality known as Event Online Testing (EOT).
Latest News