As a former crane operator, ASME B30 Committee member and current risk management professional, my allegiance is to operators and the safety of the industry I’ve been part of for the last forty years. It’s through that experience – in the field, the boardroom and in the courtroom – that I’ve formed the opinions I have regarding crane cameras. To be clear, my opinion isn’t about cameras in general (NBIS promotes dash cams), but on-hook crane cameras that are marketed as solutions that let the crane operator see “the whole lifting site” while getting “a close-up view of the rigging.” 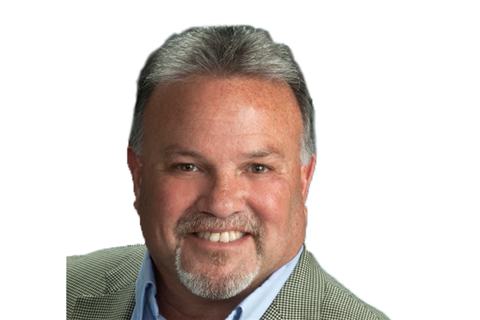 Bill Smith executive vice president, NBIS, is an expert on risk management and safe crane operations. He was a member of C-DAC, which assisted writing the OSHA Crane & Derricks Standard.

Nature of the task

The problem for me begins with the nature of an operator’s task. Unlike the driver of a car or truck, who is someone who has individual control over their vehicle, a crane operator is dependent on many other people and factors to complete a safe lift. The signal person, the rigger, the lift director and the ground crew receiving the load all play a part in the lifting process.

My concern, which I think should be everyone’s concern, is that the claim crane-camera manufacturers are making (both formally and informally) – that crane operators will no longer be working “in the blind” – will result in significantly more litigation for the crane company and reverse the progress we’ve made as an industry. In situations where the operator is meeting his or her responsibilities by operating the crane in a slow, safe, stable and secure manner, within capacity, not overloaded and following the signal person’s directions, the crane camera can become the weapon used against the operator in court. Envision the plaintiff attorney asking the operator, “But didn’t you have a camera that allowed you to see everything going on? So why didn’t you prevent this from happening? Why didn’t you stop? The ultimate responsibility lies with you.”

I know from the experience I’ve gleaned during the thousands of depositions and mediations I’ve been involved in that crane operators are often demeaned and condemned by attorneys who are constantly looking to place the onus and blame directly upon their shoulders.

In fact, this is part of the reason the ASME Committee worked so hard – for a decade mind you – to change the pre-2007 wording which said “the operator is [to be] held responsible for everything under his direct control…” The Committee knew for a fact that this phrasing was demonstrably inaccurate and revised the wording to develop and establish new responsibilities for all individuals involved in a crane lift. Now the crane owner, crane user, site supervisor, lift director, rigger, signal person and crane operator each have delineated responsibilities for safety when using a crane (and rigging) to make a lift. It’s also worth noting that prior to 2007, when the ASME standards language put all the responsibly solely on operators, a sizeable portion of ASME crane standards sales were to plaintiff law firms. Why? Because the wording worked entirely in their favor.

Defense of the operator

Thanks to the work the ASME B30 Committee did with input from key industry stakeholders across the nation, crane owners today can use these standards to defend their operator when they are truly not at fault. By purporting that crane cameras give the operator the ability to see the load, rigging, people around the load and the area where the load will be set, crane camera manufacturers appear to be moving us backward. They’re essentially saying that operators can know, do and see it all – when the reality is they can’t.

Operators deserve to be protected. If there is an accident involving a crane with a camera, the legal attack plaintiff attorneys direct at that operator will be intensified. It’s simply the way litigation works. While we ultimately don’t know how that scenario will play out, we do know this: several camera companies are using marketing verbiage that should make us all deeply uncomfortable. One manufacturer claims that “cameras can supplement the work of the signalmen/riggers who may not be cognizant of all the surrounding safety hazards.” Another writes: “Additional vision solutions provide more comfort for the operator, who will not have to depend as much on receiving instructions.”

Not the best we can do

At least one camera manufacturer has already stated that “knowledge of danger is proof of liability.” What does that mean? It’s impossible to know exactly, but it could be taken to mean that if an operator is operating a crane with a camera when something happens, an argument can be made, and most likely will be made, that the operator knew about the danger and is therefore liable. Or conversely, if it is meant to suggest that if you as an owner don’t purchase their cameras you are already presumed to be liable, neither suggestion is good for this industry and should be taken into consideration. Crane cameras aren’t the best we can do for our operators. In fact, they might be the worst we can do. So, before you purchase and implement them as a solution in your business, consider all we’ve done to protect operators up to this point and proceed with caution. An operator will probably thank you.